St. Joseph’s Prep freshman safety Anthony Sacca is about to blow up 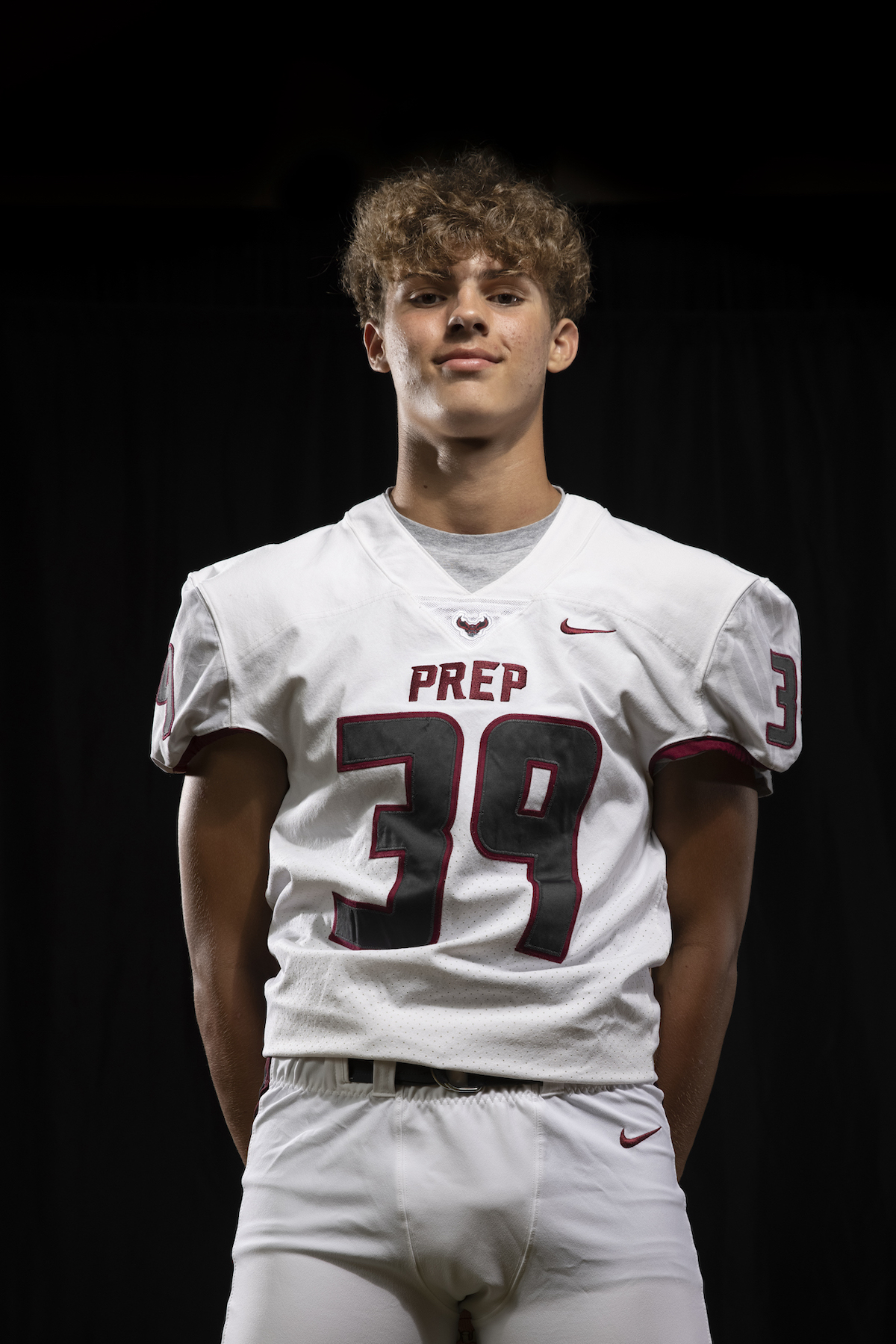 Anthony Sacca seemed to come from nowhere like he was shot from a cannon, and there he was with yet another interception that turned the course of the game into St. Joseph Prep’s favor. The Hawks decisive 49-13 PIAA Class 6A state semifinal playoff victory over Garnet Valley last Saturday gave them the chance to become the first large school fourpeat state champs.

At the eye of this surge is 6-foot-3, 190-pound freshman safety Sacca, the son of former Penn State quarterback Tony Sacca.

Anthony possesses a knowledge of football that belies his age. He seems to be everywhere. He leads the Hawks with four interceptions and is among the team’s leading tacklers.

But an interesting coincidence occurred this season for St. Joe’s Prep. Once Anthony fell into the rhythm and felt confident about his responsibilities at safety, the Hawks’ defense began to sour.

The interesting twist is Anthony had no real desire to play safety in the first place. Now, you couldn’t pry him loose from the position without a crane.

Anthony used to draw up football plays with his dad, and now even on his own, he’s prone to design football plays during the rare idle time academically at Prep.

“I have to be completely honest, I didn’t understand a thing about the defense when I first got here at Prep,” Anthony admitted with a laugh. “I was a freshman on varsity, so I thought I would take my chances, and learn and grow and play a little, and maybe some special teams, and maybe learn enough to maybe start as a junior.

“Those first couple of weeks of summer I questioned why I was doing this. Those long days where you’re leaving your house at 1 p.m. in the afternoon and not getting home until 10 at night, and flipping them into the morning practices. It really makes you look at yourself in the mirror and ask why you love this game.”

Anthony kept his mouth shut and what he originally didn’t like, he now loves.

“I wouldn’t change a thing,” Anthony said. “I think it began turning around for me in the middle of the summer and I started to see things. I began understanding the defense and figuring everything out.”

Gradually, Anthony began learning what angles to attack, where to be on the field. He actually deserves a lot of credit, growing into a role that he initially felt uncomfortable with, and was willing to bear with it instead of complain about it.

“Anthony has really grown and making plays at safety, and I think Anthony is really going to blow up very soon,” Hawks’ coach Tim Roken said. “By the time he is a senior, he may be able to go anywhere he wants to, but Anthony is a great athlete who’s very good at baseball and basketball.

“If I wanted to bring Anthony, we thought we could help us on defense. Every since he’s come into the program, he’s shown an ability to be coachable, but you can’t help but miss the fact he’s always around the football. He’s really dedicated and practices with a purpose. He’s really grown, making big plays.”