Whitehall lights up scoreboard in 49-14 win over Bethlehem Catholic 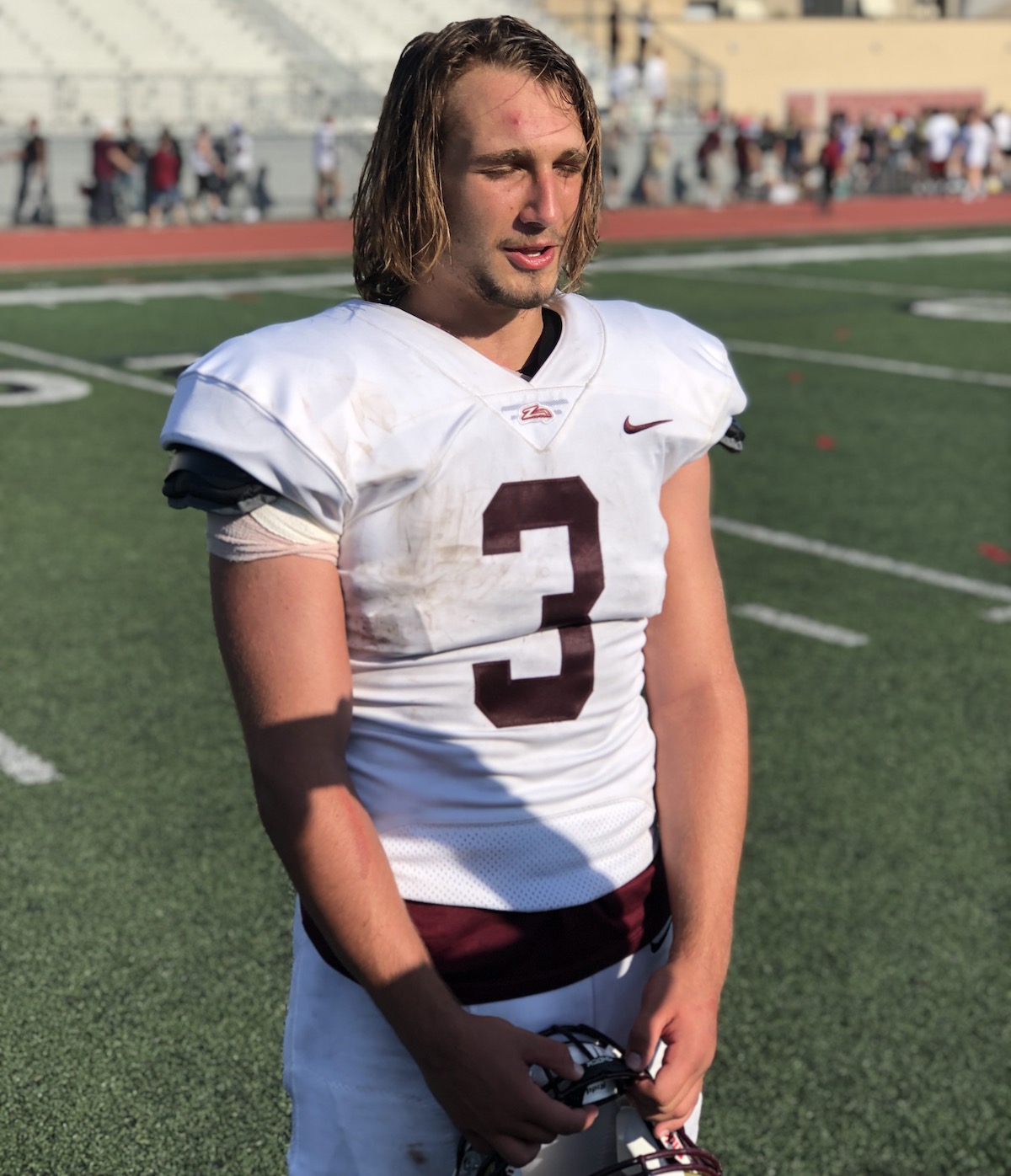 BETHLEHEM – If there was any doubt that the Whitehall Zephyrs (2-0) would be able to live up to their pre-season expectations, Saturday’s 49-14 drubbing of the Bethlehem Catholic Golden Hawks (0-2) should be enough to silence any critics.

Whitehall scored touchdowns on each of their seven first-half possessions, amassing 345 yards of total offense in the process.  Whitehall also held Becahi to only 105 first-half yards, 55 of those coming on a Jared Richardson touchdown scramble at the end of the first quarter.

The story of the game, and maybe the key to Whitehall’s season, is the ease with which quarterback Quinn Wentling operates the Zephyr’s complex offensive system.  Wentling was able to consistently feed open receivers underneath the Golden Hawk’s zone, pull the ball down and run, and drive the ball downfield when necessary.

“I feel so comfortable in our offense and how it’s designed around our team and our playmakers,” said Wentling after the game.  “We want our playmakers to make plays.”

Wentling, who threw for 170 yards on 10 for 12 passing with one touchdown, also rushed for 71 yards and two scores.

“It’s different having a kid like that behind the center,” Whitehall head coach Matt Senneca said following the game.  “He doesn’t get phased.  He doesn’t get rattled.  His demeanor never changes.”

Bethlehem Catholic couldn’t help but feel rattled after their nightmarish beginning to the game:  two plays, two lost fumbles, and a 14-0 hole.

“We’ve been preaching all week about a fast start, jumping on them fast.  That’s exactly what we did,” added Senneca.

Following a Golden Eagle fumble on their first offensive play, the Zephyrs took advantage of a short field.  Nigel Linton’s 10-yard run made the score 13-0.

Bethlehem Catholic began the ensuing possession at their own 23-yard line, but the ball was coughed up again, setting up another short drive.  Wentling’s first score of the game extended the Zephyr lead to 20-0 with 6:30 left in the first quarter and rout was on.

Whitehall would add first-half scoring drives of 64, 81, 32, and 44 yards, but the Golden Eagles wouldn’t easily surrender yards or scores.  Lead by Richardson’s 93 yards through the air and 74 yards on the ground, Becahi stubbornly challenged Whitehall on both sides of the ball.  Zyaire Morris’ 1-yard touchdown run capped a 9-play, 78-yard drive that concluded the game’s scoring well into the fourth quarter.

Senneca added, “This was a big win for our program; one we haven’t gotten for a while in the south.  It’s one of our goals this year to go out and begin to compete with these teams in the south and for our first opportunity I think we did a pretty good job.”