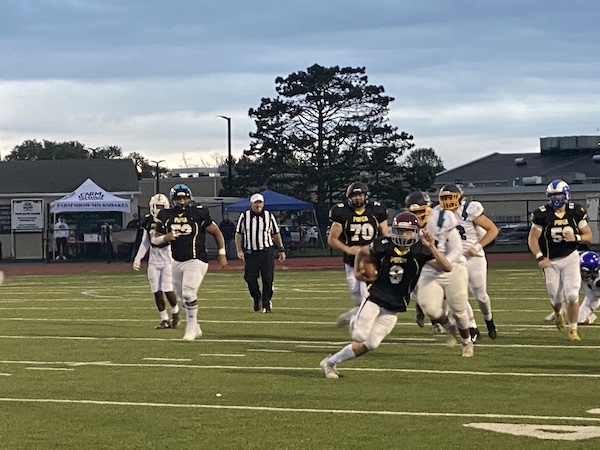 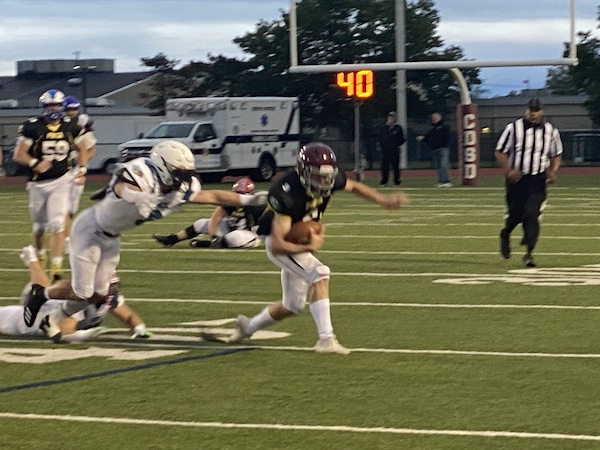 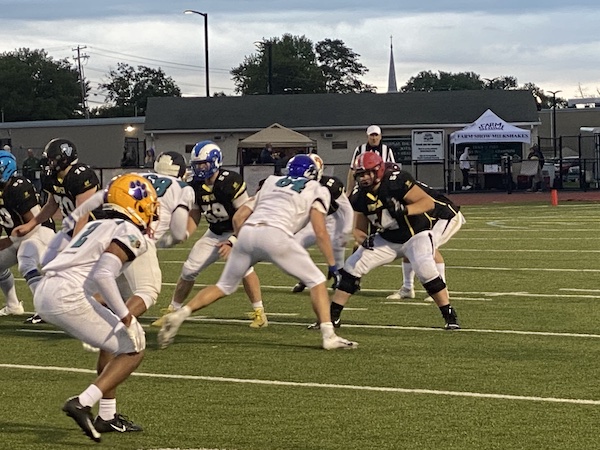 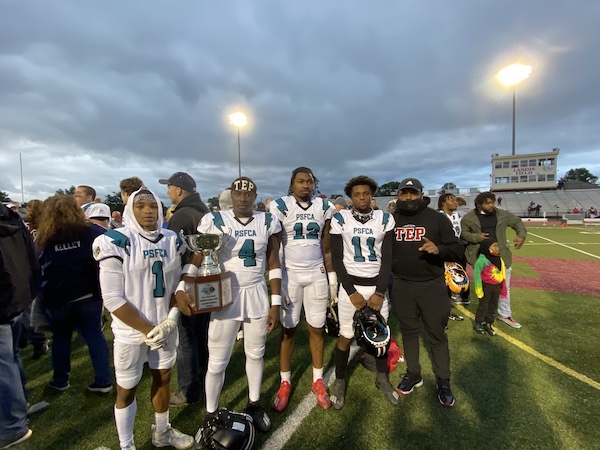 It felt like fall. At least the low-50 degree temperatures gave it an autumn touch.

So did the crunch of the pads from the players in the East-West Big School All-Star game Sunday night at Central Dauphin School District’s Landis Field in Harrisburg.

The East made it a clean sweep taking the small game earlier in the day, then topping it off with a dominating 38-13 victory over the West all-stars in the nightcap.

Lampeter-Strausburg quarterback Sean McTaggart was the MVP for the East squad, completing 9 of 15 passes for 194 yards and three touchdowns, while Central York’s Seth Griffiths was named MVP of the West team.

“This was a ton of fun,” said McTaggart, who is headed to East Stroudsburg University to play college football. “I had a lot of talent around me during the school year, but this is the best talent on the eastern side of the state. In our first practice, I had to figure it out because everyone is so fast and it was like a college game.

“It was two practices, and as a quarterback, I had to be vocal. I started talking to guys and the two practices were seven hours long. Everyone is smart, and everyone is athletic. We all meshed together. This was a great way to end my high school career.”

The first half was very explosive. The teams combined for 367 yards of total offense and 17 first downs.

The East scored on its first two possessions. Imhotep Charter’s Makhi Mayo made two crucial plays on the opening drive, hauling in a 14-yard reception on a third-and-one at the West 17. Three plays later, Mayo put the East up, 7-0, grabbing a pass from McTaggart on an 11-yard slant.

On East’s second drive, it needed only five plays, when McTaggart went up top to reach Imhotep’s Kristen McAdams with a 67-yard touchdown pass and a 14-0 East lead with 8:51 left in the half.

The West did counter late in the half when Thomas Jefferson’s Jake Pugh connected with Jersey Shore’s Owen Anderson cutting over the middle with an 11-yard TD pass with :06 left.

The Imhotep trio of Mayo, McAdams, and D’Shaun Seals combined for nine receptions for 184 yards and two touchdowns.

“This is like the icing on top of the cake, and there was a lot of brotherhood going into this,” said Seals, who is going to West Chester. “It was great to go out with these guys. We started connecting in practice. When we got in the huddle, I’ll let them know when I’m open. They had their faith in me and we built that trust.

The East responded on its opening drive of the second half going 75 yards over six plays. The big play of the series came when Seals made an amazing 27-yard back-shoulder catch while falling. Adding to the grab was Seals’ adjustment on the underthrown ball. Souderton’s Jalen White finished the drive with a 15-yard TD run for a 21-7 lead.

East added more cushion when Warwick’s Thatcher Miller took in a 40-yard pass from McTaggart for a commanding 28-7 East lead with 6:38 left in the third quarter. Hempfield’s Spencer Briscoe ended the 17-point third-quarter outburst with a 30-yard field goal.