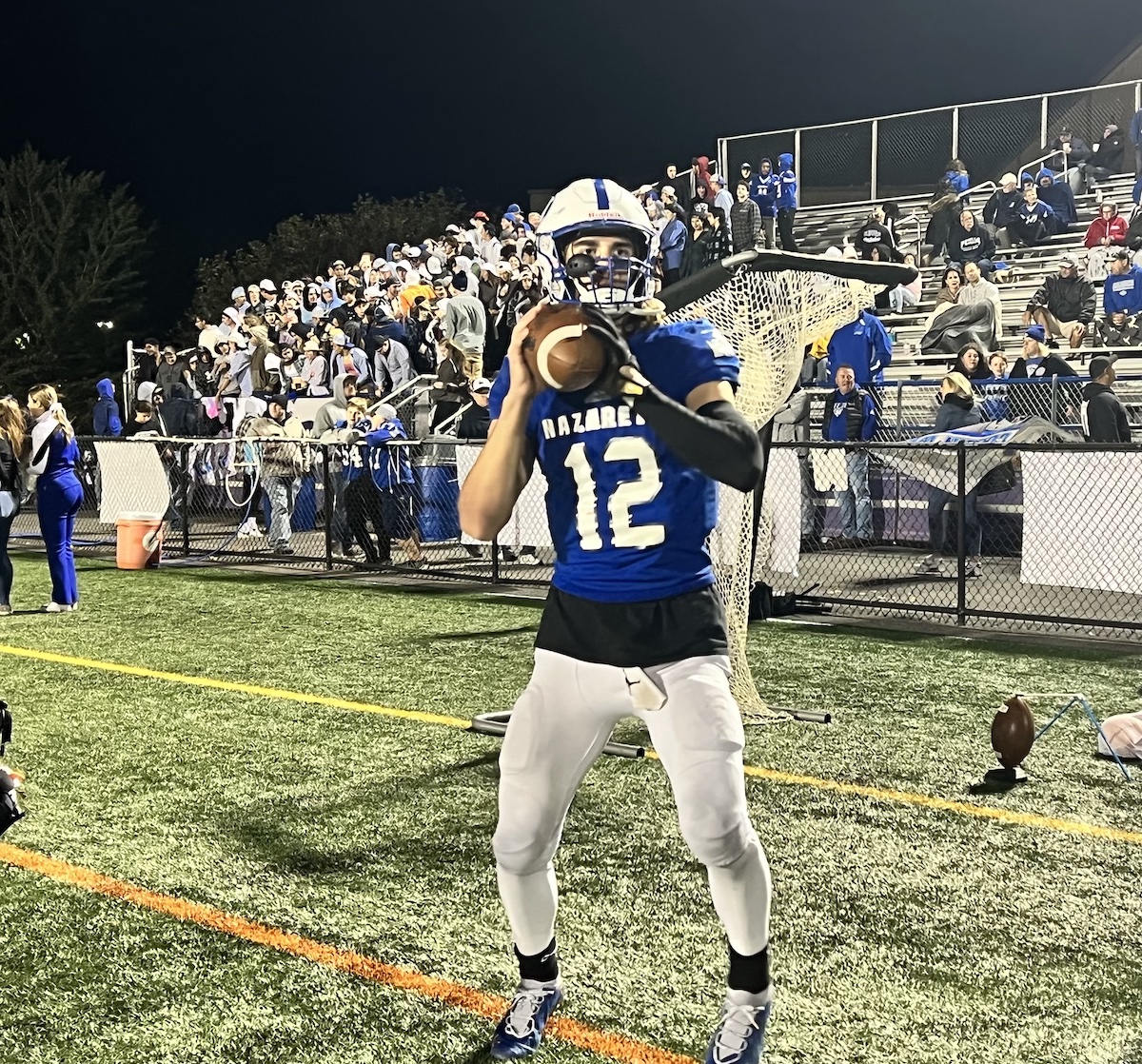 The Sasso to Lobb connection continued to work. This time it went 55 yards for a score. Kuehner added a one-yard touchdown run. At halftime, the score was 27-0.

Kuehner took the second-half opening kickoff and went 90 yards to the end zone. He added a two-point conversion and the Blue Eagles led 35-0. With a running clock and the reserves in, future quarterback Peyton Falzone, scored a fourth-quarter touchdown on a ten-yard run.

Sasso finished the night passing for 224 yards, was 14 of 21 passing, and threw three touchdowns. Kuehner had five catches for 78 yards and Nolan Lobb added three catches for 88 yards.