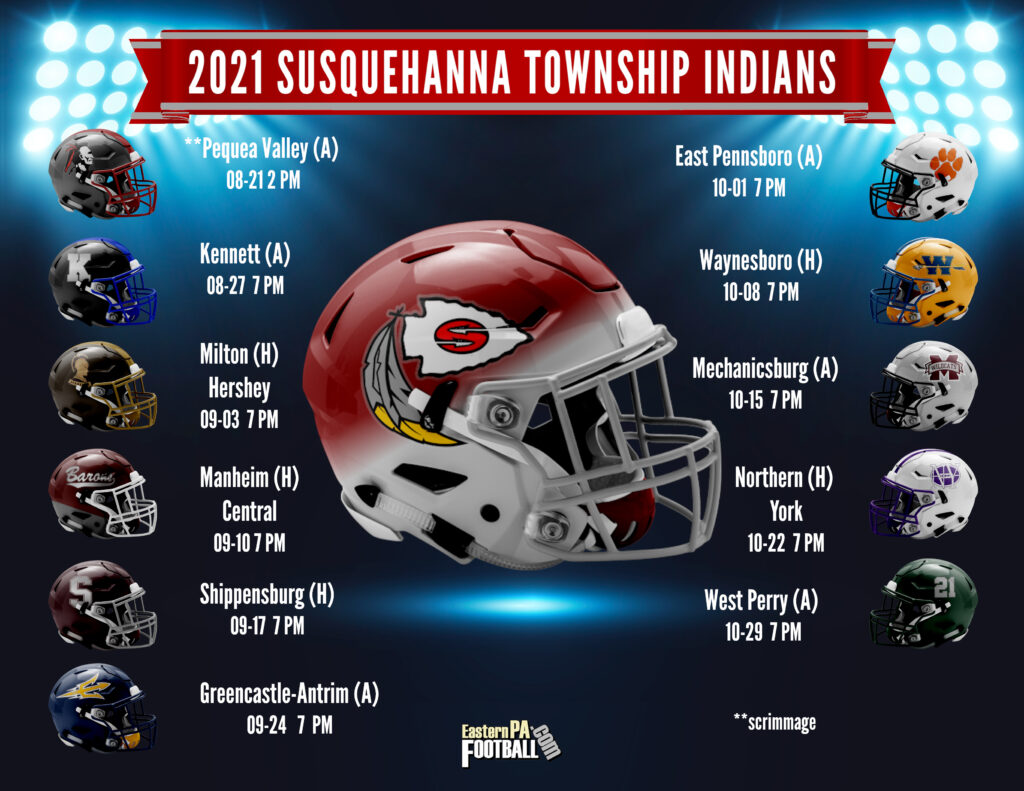 2021 Offensive Outlook: The success of the 2021 Susquehanna Township offense will be the ability to eliminate mistakes that put them behind the chains on early downs. Last season that was a major headache for an offense that averaged just about 4 yards a rush. If the offense can improve its red zone scoring they will be able to put a lot of points on the board. Last season the offense was only successful in scoring on 17% of their red-zone situations. This has been a point of emphasis all off-season.

2021 Defensive Outlook: There will be a lot of new faces on defense but that does not mean the defense will lack what it needs to be successful. Team speed will be a great advantage to the multiple fronts that will be used. The defense will be anchored by an experienced secondary and a good amount of players who saw action in the shortened 2020 season. The focus on defense this season will be forcing the opponents into long downs and creating turnovers.

2021 Special Teams Outlook: Special Teams has always been a positive for this program. The last 7 kick returners have either earned all-state or all-conference recognition and have returned at least 2 special team plays for touchdowns the last 4 seasons. 3 year Kicker Ryan Nickle is continuing to improve his leg strength and accuracy and will be an important part of point production this season. With special teams equating to 33% of the game this team will have to excel in this phase to help extend the season to November.