Steelton-Highspire claims its first state title in over a decade 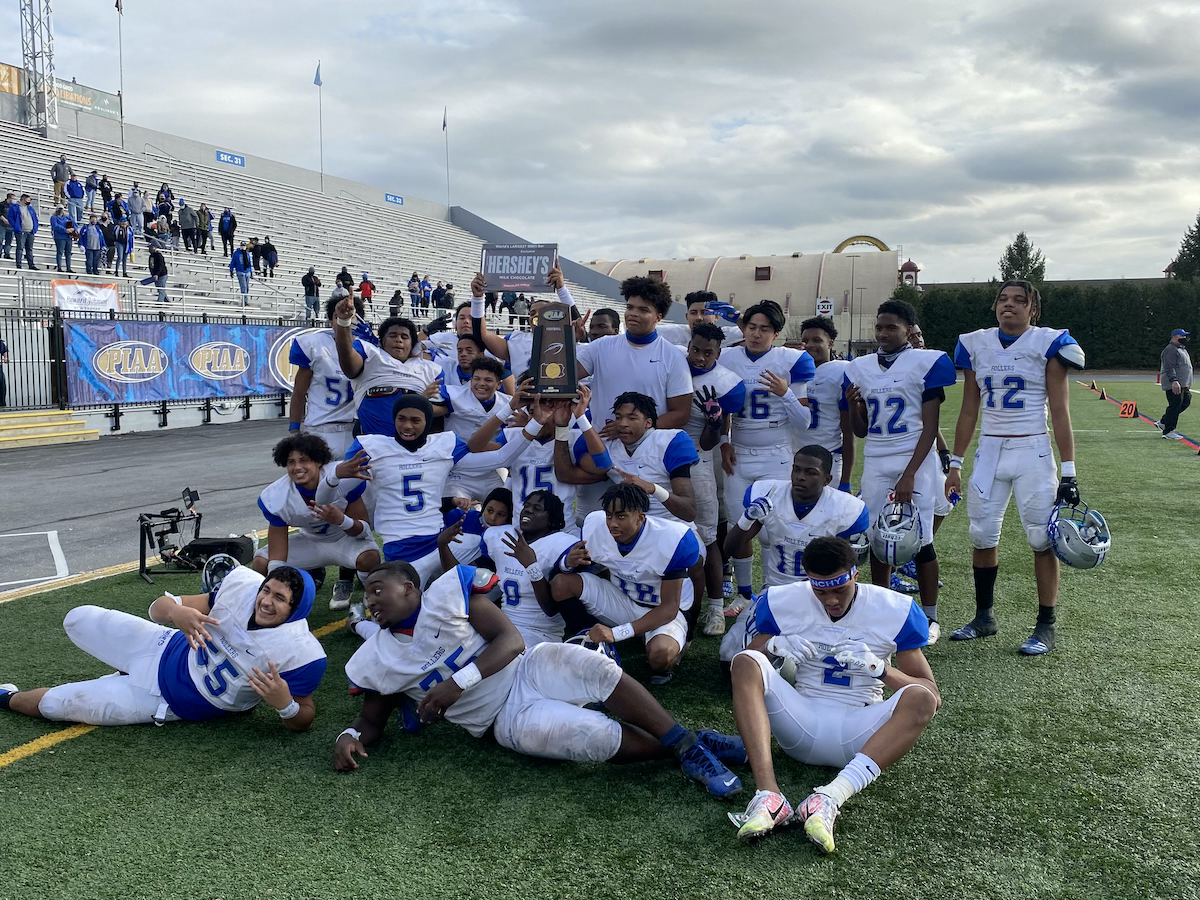 Damein Hammonds and Odell Greene each have a faint recollection of what it was like. The Steelton-Highspire senior tandem were barely waist high when they were shivering in the Hersheypark Stadium stands over a decade ago.

There was one thing about that chilly December day in 2008—the Steamrollers won the Class 1A state title (35-16 over Clairton).

On a grey Friday afternoon, under considerably warmer conditions at Hersheypark Stadium, Hammonds and Greene forged their own memories, leading Steelton-Highspire to a 32-20 victory over District 7 champion Jeannette in the PIAA Class 1A state finals.

Greene rushed for a game-high 195 yards on 35 carries, including a second-quarter touchdown, and Hammonds clinched the game on a 74-yard interception return with 1:27 left to play as Jeannette was driving for the go-ahead score.

“To be honest, I can’t even put this into words,” Hammonds said. “I never thought I would hear that, ‘Steelton-Highspire, state champions,’ but all of the work we put in, it all paid off.

“I just know if my team needs a play, I want to be there to make it.”

“They called a screen and lined up heavy to my side, so there were signs they were coming my way,” Hammonds said. “I was here the last time (Steelton-Highspire) won the state championship. I was a little kid freezing my butt off. This is a good feeling. And it’s lot warmer.”

Winning can be warming.

It also cut Greene a few breaks. The senior tailback had fumbled twice in the fourth quarter, one that almost set up Jeannette’s go-ahead score, and another costly fumble that gave the Jayhawks another chance.

“The fumble there at the end, that was a bad mistake by me, because I should have tucked the ball (on the interception),” Greene said. “I’ve known Damein since birth and have played with all of these guys since pee-wee football. It’s great to win it with them, but Damein is my best friend and he really came through for me and our team.”

Steelton-Highspire coach Andrew Erby is in his late-30s, but looks as young as his players. The state championship concludes a trying season for Erby, who has had to juggle things like every high school football coach across the country with the spread of the COVID-19 pandemic.

Jeannette held two leads, 7-0 and 14-7, before Steelton-Highspire responded with 17 unanswered points to take control of the game.

“This is special, it’s special for our community and this started way back in March,” Erby said. “This is a group of people who were willing to work together, and I had a feeling we could get here in the beginning of the season.

“The hard part was the hard work done behind the scenes. There was a lot that went into this and we said after this how much of a blessing it was to play. These kids will remember the adversity they went through as a life lesson to never give up.

“I think that’s what I’ll take away from this.”