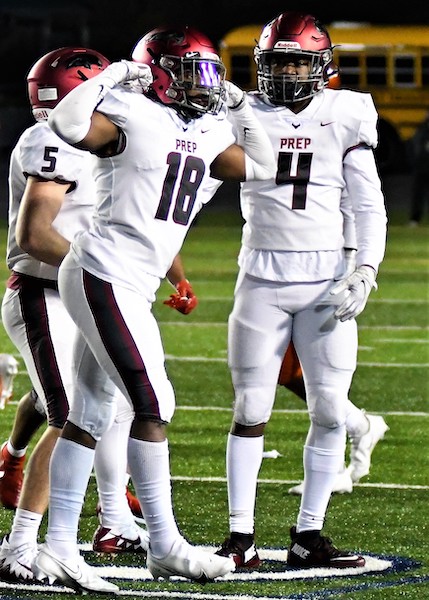 When Keenan Nelson was a freshman at St. Joseph’s Prep, a Rutgers recruiter saw enough in the 5-foot-10, 170-pound defensive back to make him an offer then. Through time, Nelson’s stature and his size blossomed, turning into a sturdy, muscular 6-foot-1, 200-pound cornerback that many major colleges in the country wanted.

Last weekend, Nelson made his choice, choosing to attend South Carolina on a football scholarship, over Penn State, Temple, West Virginia, and Cincinnati.

“I’m happy,” Nelson said. “I liked the atmosphere at South Carolina, I liked the coaching staff and they seemed to be a tight-knit football team. Shane Beamer is the head coach and I like what he’s doing.

“The South Carolina staff spoke to me every day, and they stayed in touch. There was no pressure. There was a second choice, but it came down to South Carolina and Penn State. I like South Carolina’s defense. They play a lot of man defense and I like it out there on an island. I let coach Beamer know today (Tuesday) that I was going to go there.

“I really wanted to make my choice early. It’s good now. I don’t have to worry about so many people calling me and texting me. I can focus strictly on football and I know where I’m going.”

All Nelson has known is winning at St. Joe’s Prep, which threepeated at PIAA 6A state champions last season. This is now a team in the hands of three-starters like Nelson.

“The fourpeat would be great, but we’re focused on winning and I’m putting pressure on myself to be the best I can be and give 100 percent all of the time,” Nelson said. “I do feel better and more relaxed knowing that I have a school that I’m going to. It made all of the time and commitment worth it.”

Nelson is projected to be a cornerback in South Carolina. He possesses great tackling ability and his speed and talent to eye the football make him dangerous anytime he’s near the ball.

Nelson’s decision not only gave him peace of mind, but it also helps Hawks’ coach Tim Roken, too.

“You know Keenan’s college is not something that is weighing on his mind right now,” Roken said. “He had a tough couple of weeks in trying to make a decision for himself and his family, and the more of our guys who have made the early decisions over the years they see how much more relaxed they play and they see that happen.

“The younger guys saw with the guys in front of them, with the reason being that they kind of want to get out of the way and know where they’re going. It gives them all the chance and relax and play ball their senior year and enjoy playing with their brothers. If Keenan is happy, I’m happy. Keenan knew what he planned out to do. He had many great options and it came down to two at the end. He’s excited to be a Gamecock.”

If Nelson continues to grow and fill out, by the time he leaves South Carolina, he’s going to be garnering more attention again from the teams that play on Sunday.