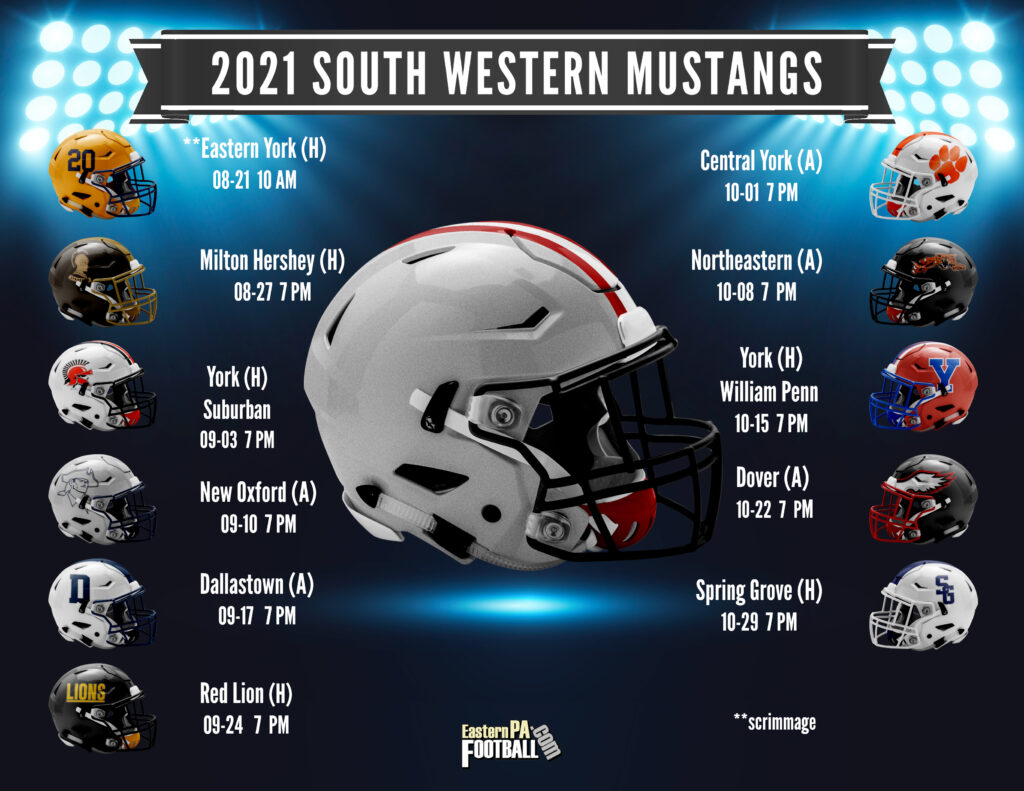 Josh Wasowicz caught 13 passes for 393 yards and four touchdowns. On defense, he had 68 total tackles, one interception and 4 TFL.

Ty Cromer had 76 total tackles, one interception and 2 TFL.

Carson Trone Jr. had 9 total tackles and one interception.

2021 Offensive Outlook: South-Western will be running a new offensive system this year. After many years in the Wing T, the offense will be base spread with an inside zone/RPO option. We will be multi-faceted in both the run and pass this year. We have good athletes who should do well in this system, but moving away from the Wing T system is expected to have its challenges, especially for the upperclassmen on the team.

The key for our offense starts with the QB and reading how many players are in the box. This will determine whether or not to hand the ball off or go with the pass option. We have a few kids who can stretch the field with their speed as well as two big backs that run downhill.

2021 Defensive Outlook: South-Western is moving from a 3-3 to a 4-3 this year. We will be gap control upfront. The key for us is our size. We should be as quick if not quicker than most teams we play but lack decent size upfront. We will rely on our speed and quickness to be successful. With running a new offense, we need to be solid on defense on a weekly basis to give ourselves the chance to win in the fourth quarter.

2021 Special Teams Outlook: South West has three solid kicking options this year. We have our returning starter for both K and P, but there are other players who will challenge for these positions this year. I believe special teams could be a game-changer for us. We need to be consistent in both the return game to give us good field position as well as the coverage game to make the opposing offense work for what they earn.