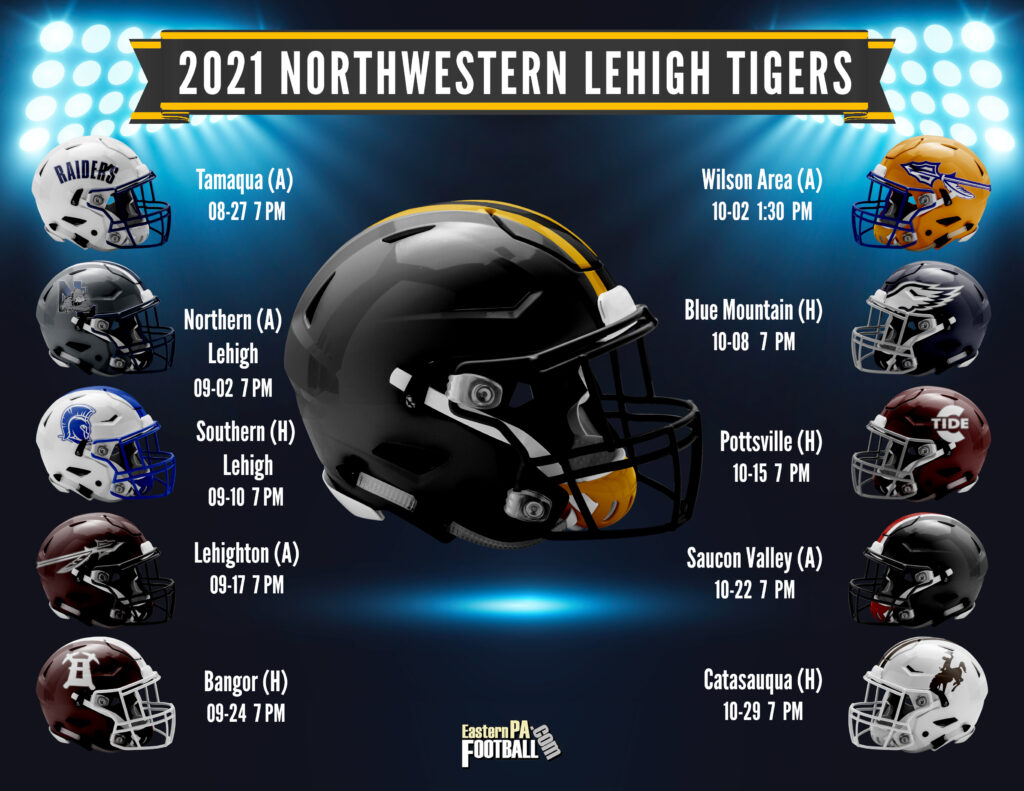 Cade Christopher caught 15 passes for 370 yards and 7 touchdowns. On defense, he had 18 total tackles and 2 TFL.

Taylor Wikert caught 10 passes for 249 yards and two touchdowns. On defense, he had 46 total tackles and 4 interceptions.

Evan Anderson had 18 total tackles and one interception.

Defense: Tigers return 6 Defensive starters from a year ago. They will rely on being aggressive and use their athleticism to give multiple looks. The back 8 have a ton of experience and look to take another big step forward this year as Taylor Wikert returns for his 3rd consecutive year starting at safety.

Offense: The Tigers are returning six starters on offense. There will be a lot of competition in the skill positions as the Tigers have a plethora of experienced athletes. Justin Holmes returns as the QB, and he will look to hook up again with big-play guy Cade Christopher. There is some turnover at the offensive line position but they feel they can be a good group that will continue to get better as the season progresses with the leadership of Zach Fry and Ben Dunstan.

Special Teams: Tigers look to replace all kickers and punters this season.