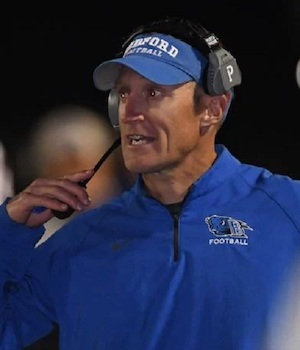 The Pennsylvania Scholastic Football Coaches Association has chosen Schuylkill Haven’s Mike Farr to lead the 2023 Pennsylvania Team in the Big 33 Football Classic. They have also named the rest of Farr’s staff.

“It’s just a great feeling to be leading team PA. It’s definitely among my top 2 as far as accomplishments go in my football career. Early on, winning the State Title was number 1, but in the last half of my career I’d have to say leading Team PA next year is tops.”

Farr has been coaching at Schuylkill Haven since 1986 and took over a head coaching position in 2005. He’s compiled a record of 116-81. Mike also serves as the PSFCA Eastern Executive Manager.

The rest of the staff for the 2023 Pennsylvania team: