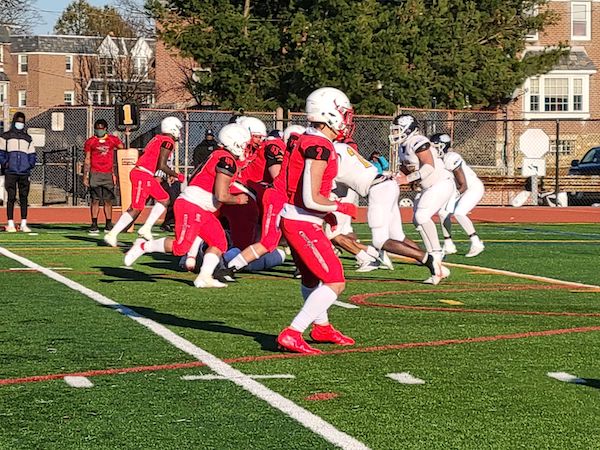 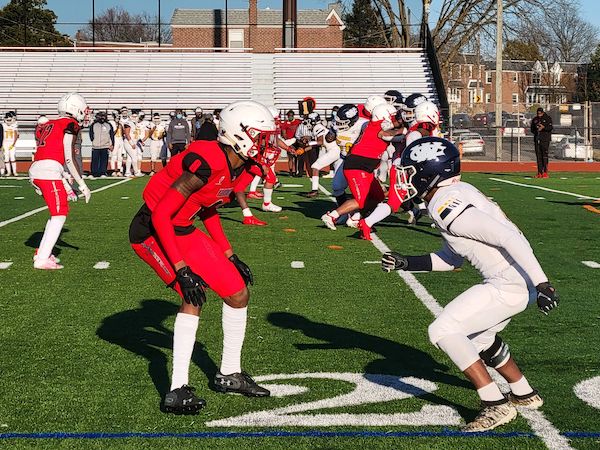 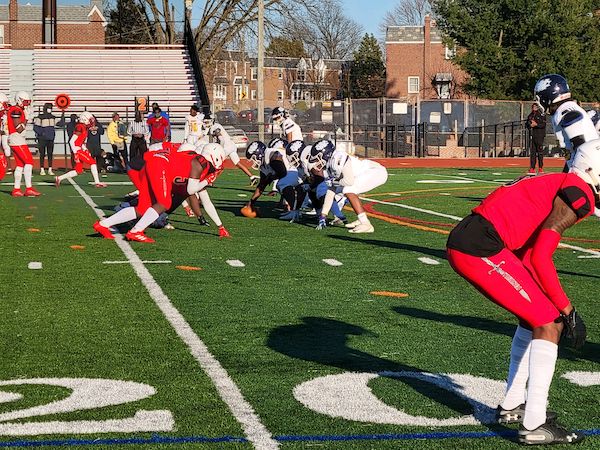 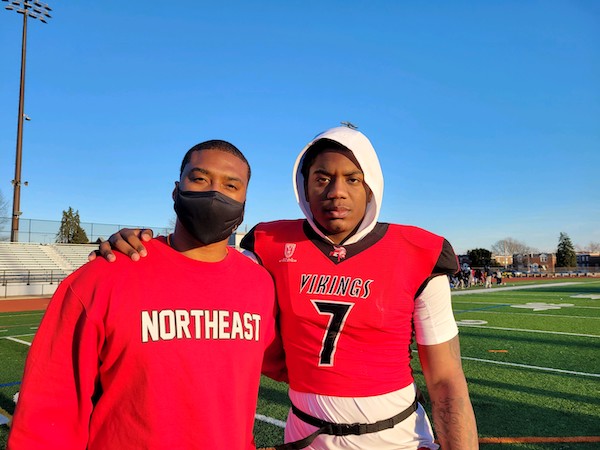 Ken Talley kept a tally in his head. The 6-foot-3, 240-pound Northeast High junior defensive end who’s headed to Penn State knew the exact number of days he last played a competitive football game to the next.

It had been 567 days since Talley played against St. Joseph’s Prep in December 2019 in the PIAA 6A Eastern championship to playing against West Catholic on Saturday in what the Philadelphia area is allowing teams to do this spring that canceled their fall seasons due to the COVID-19 pandemic.

Since no playoffs will be taking place and no one is really recording the wins and losses, it didn’t truly matter what team won.

What mattered was that both Northeast and West Catholics got a chance to play. What mattered to players like Talley, who could easily forego this spring and gear up for his senior season this fall.

Talley is headed to Penn State. He has his ticket punched. Yet, what was more important was that he played.

If he wanted to, Talley could have bagged playing this spring. He did, which says something about Talley’s character.

“I’m really here for the younger guys to show them what I learned and to be with my teammates, and what coach Deion (Barnes, former Northeast standout now at Penn State) taught me,” said Talley, who committed to Penn State last September. “These are my guys. I have to go to war with them. It’s 567 days—that’s a lot of days to go without playing football. I missed it. It’s why it was so great being back.”

“People don’t understand that these kids were in a depressed state and the way the city is, with all of the violence, we need to keep an eye on them and keep them safe,” Wood said. “We’re playing right now. I have three seniors and I’m just happy that we’re playing.”

Northeast’s new coach Eric Clark would like to be playing for more. The Vikings, with Talley, Chappell, and Jeudy returning, were supposed to be an elite team entering the 2020 fall season.

“Today was a big day for our city and for city football,” Clark said. “This gets us back to a little sense of being normal. It didn’t matter who won. Both teams played hard and played very tough. We’re just grateful that we get the chance to play this game we all love.

“We want to get quality film for our kids and get them to college. Geovanny ‘Geo’ Fabian looked really good. He’s someone a lot of schools are going to need to watch and playing in seven more games, he’s going to rise.”

“We have a lot to fix, but we’re excited to being playing a football game,” Clark said. “Tyreek and Elijah flew back to be a part of this and we wanted to honor them. Kenny Talley is a special kid and for him to be playing means a lot to him, but means a lot for the younger kids to see. It was a good day.”

It was: Inner-city Philadelphia kids got to play football for the first time in over a year.