Northeast losses its opener, but the Vikings could gain in the long run 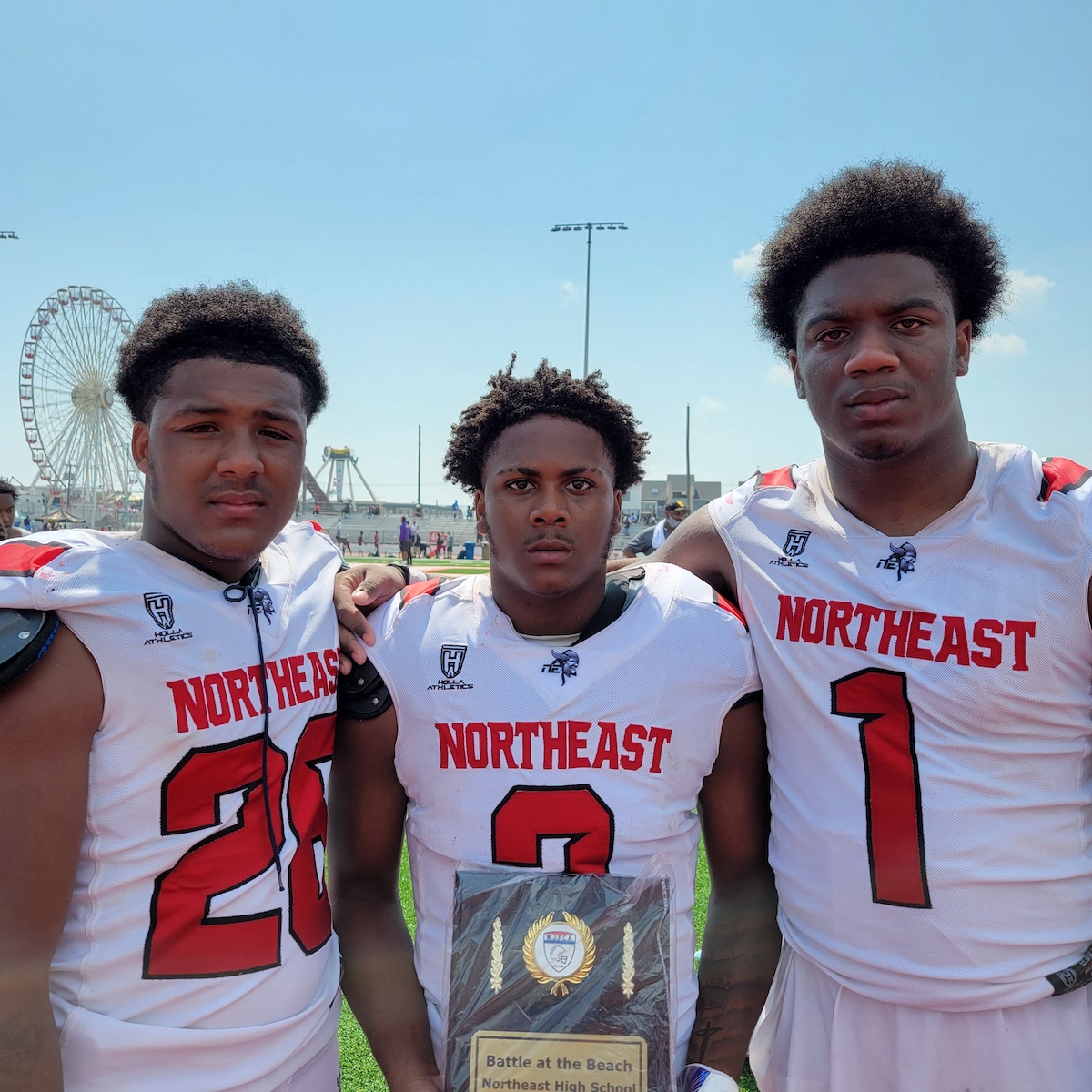 For once, the scoreboard didn’t matter. It didn’t anyway, since the scoreboard at Ocean City High School was broke Friday afternoon in the first game of the Battle at the Beach.

On a larger scope, nothing was really able to measure the emotional trauma the Northeast High School football team went through last week after the homicide of receiver Khyrie Isaac on August 16. Vikings’ coach Eric Clark and his team had a lot to juggle leading into their opener against traditional South Jersey powerhouse St. Joseph’s Academy (Hammonton, NJ).

St. Joe’s won, 31-18, in the Battle at the Beach, hosted by Ocean City High School, but Northeast may have gained more from the setback than the Wildcats did in victory.

For one, Northeast star Kenny Talley proved to be every bit as advertised. The Penn State-bound defender was easily the best player on the field, and it was easy to see because he was all over the field.

Talley lined up at middle linebacker, defensive end, defensive tackle. Where the ball was, he arrived. Sometimes with a thud, as Wildcats’ tailback Tallen Murray found out in the second quarter when Talley slammed him down with his right shoulder. Talley had 12 tackles, eight tackles for losses.

What was also encouraging was the Vikings’ tailback tandem of senior Jordin Jones and junior Terail Greene.

Jones and Greene combined to rush for 263 yards and two touchdowns. Greene led everyone with 18 carries for 137 yards and Jones glided for 120 yards on 17 carries.

Unforced errors did the Vikings in. An interception was returned for a touchdown and a fumble inside their 10 turned into another Wildcats’ touchdown. Secondary problems and low snaps didn’t help, and it created a 31-6 halftime bulge that Northeast couldn’t overcome.

“We started off slow and we played down in the first half,” Greene said. “We need to work on our two-point conversions, and I think with me and Jordin combined, we’re going to have a great year.”

Northeast dominated the second half. The Vikings controlled the ball and held St. Joe’s to 20 yards of total offense.

“This was big for us after the loss of our brother Khyrie, because this game was for him,” Talley said. “I think we learned what we have to fix.”

For Clark, though his team lost, the Vikings’ coach was beaming. He saw his team overcome a horrid first half to bounce back and make it a competitive game. He saw junior Sabor Stevens step in at quarterback and add another dimension to the Northeast offense with a downfield passing game.

What Clark saw most was a team that responded well to adversity.

“I’ve never been so proud of a group of young men as I am now,” Clark said. “This was the first time we put on the pads in a week. That second half was so much fun. The guys were bouncing around and laughing. We had Greene and Jones, and I told them, I’m looking at 3,000 yards between them both this year.

“This is a big step for our young men. This is the first time Northeast ever played outside the state. We didn’t lose today. Anytime we can do something positive for our young people, that’s a win to me.”