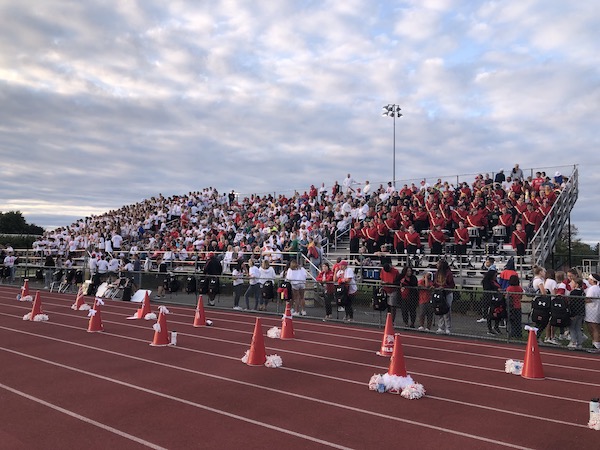 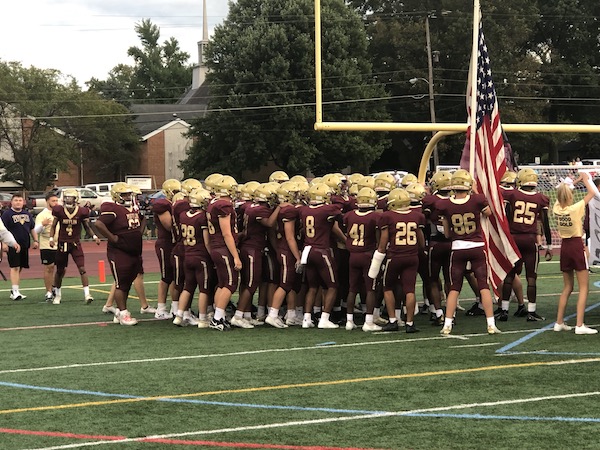 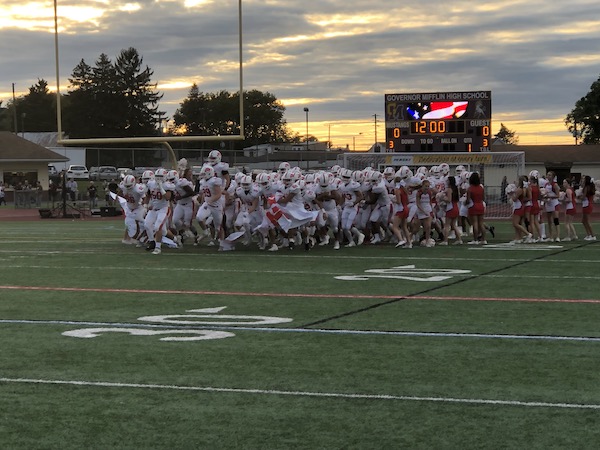 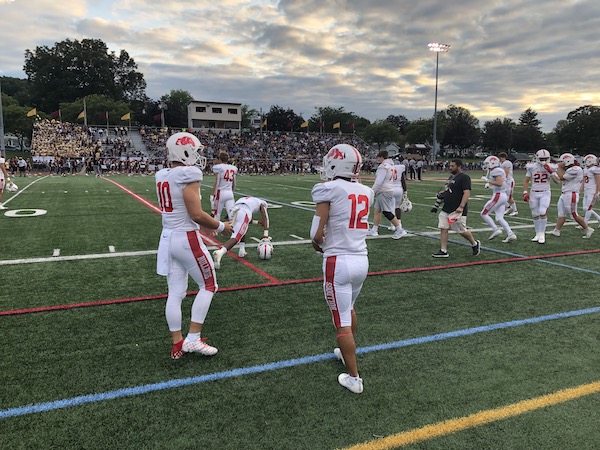 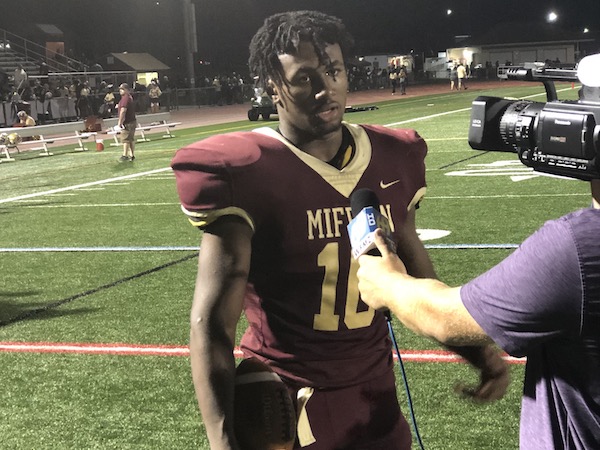 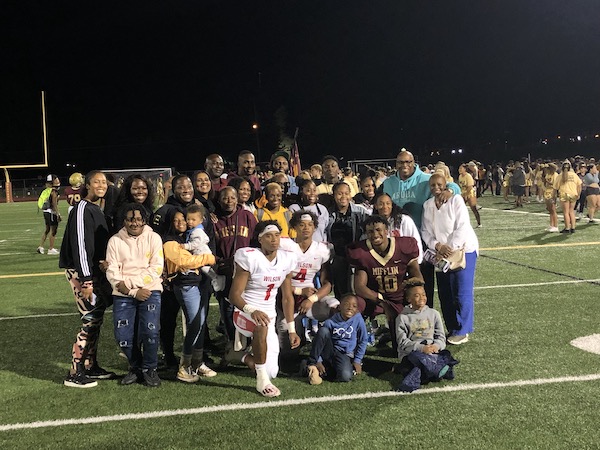 On a night when he rushed for 135 yards on 14 carries, scored three touchdowns, set the Berks County career touchdown record, and beat archrival Wilson West Lawn 42-14, Governor Mifflin’s Nick Singleton’s best play of the night may have come from the other side of the ball.

Leading 14-0, but trying to stave off a Wilson West Lawn scoring drive late in the first quarter, Singleton intercepted a Brad Hoffman pass and returned it 25 yards to the Wilson 45 yard line.  Three plays later, Singleton would take a pitch over the left side for a 37-yard touchdown, effectively putting the Bulldogs on their back foot for the rest of the evening.

“When he (Singleton) gets on the football field he is so focused and determined,” said Governor Mifflin Head Coach Jeff Lang.  “He wants his team to win; he also wants his teammates to perform well.”

That’s exactly what he and his teammates did.

Governor Mifflin utilizes a true two-quarterback system, with senior Eden Johnson and junior Delsin McNeil alternating quarters.  Any thoughts of that system being a detriment to the flow or precision of their triple-option offense should be put to rest.

“They alternate snap for snap all offseason, pre-season, and during the season,” said Lang.  “They allow us to vary the looks we can use in the option with speed vs power.”

Johnson acted at the opener and drove the team to a quick 14 point first-quarter lead.  The first score came on a Trey Rock 9 yard touchdown run capping a 9-play drive.  Sophomore linebacker Chase Shrawder ended the ensuing Wilson drive with a strip-sack of Hoffman.  Johnson scored on a 35-yard keeper in the next play.

Johnson would finish the night with 8 carries for 71 yards and the score.

McNeil scored a 2-yard touchdown of his own on Governor Mifflin’s first possession of the second quarter, making the score 28-0.

The second half opened with a 10-play, 65-yard drive that saw the Governor Mifflin offensive line manhandle Wilson, allowing the backs the gaps needed to ground out yards.

“I’m really proud of them as a group,” Lang said of his offensive line.  “Wilson always has a great defensive line and I thought they played a great game against Central Dauphin last week.  We adjusted our splits and allowed the backs to get to work.”

A heavy dose of Singleton and Johnson in the second half (combined 106 yards on 12 carries and two scores) allowed the Mustangs to melt the clock and with it any hope of a Wilson comeback.

Wilson was hampered all game long by a quick, swarming Mustang defense.  Hoffman was harassed into a 9 for 28, 101 yards, two-interception performance, thanks to aggressive coverage by the Governor Mifflin secondary.

On the ground, the normally dominant  Bulldogs were only able to manage 89 yards, with Jayden Jones accounting for 73 hard-earned yards on 17 carries and two late touchdowns.

Singleton’s final touchdown of the night, a 37-yard sweep to the left side, was the 80th of his career, setting a new Berks County career touchdown record.

“I’m very happy for him,” added Lang.  “We are very blessed to have a kid like Nick on our team.”

The Mustangs will travel to Cocalico next week for another tough non-league game, while Wilson will look to rebound against the Exeter Eagles.