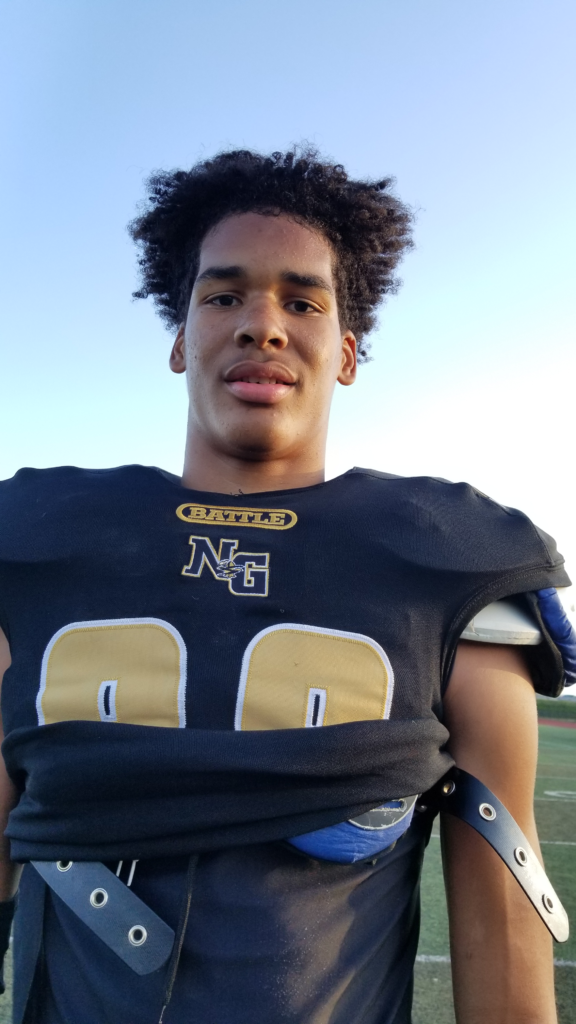 Eric Gentry does things on a football field not many can do. The Neumann-Goretti senior outside linebacker finished a strong junior season with 15 sacks, seven being strip-sacks, two interceptions, three fumble recoveries and two touchdown receptions playing tight end.

Gentry, known by his teammates as “Spider-Man” because he’s everywhere on the field, committed formally to Edwards and the Sun Devils on July 23.

Gentry is projected to be an outside linebacker for the Sun Devils, whose linebacker coach, former New York Giant Antonio Pierce, played an important role in getting Gentry.

Washington, Virginia and Kansas were in the running. Temple gave him an offer, Penn State did not.

“I liked the Arizona State coaching staff and I spoke to my high school coaches, who have experience with this,” Gentry said. “I spoke to coach Edwards and coach Pierce a lot. I like coach Pierce’s attitude. He told me to have fun with what I do. He told me to do good in life and be happy with life. You should always do something for the fun of it and enjoy it, because if you don’t and it becomes a job, you lose that love and passion.

“It’s great advice. I’m happy I made this decision right now. It’s going to make this season a lot easier.”

This time last year, Gentry received tepid interest from college recruiters. As a sophomore, he was spindly, wisp of a spaghetti strand, barely 160 pounds stretched over a 6-6 frame. Since then, he’s added 50 pounds and continues to expand.

Not only is Gentry 6-foot-6, he has a seven-foot wingspan. His arms rise and quarterback’s looking downfield immediately look elsewhere. He is a high school Jevon “The Freak” Kearse, just an inch taller than the former Eagle, and athletic enough to play in space.

“As a kid, if you don’t dream of something like this, there should be no reason to be playing,” Gentry said. “I only had two offers last summer, Temple and Morgan State. Growing up, it would change back-and-forth where my future was between football and basketball.

“I think I have a better future in football than I do in basketball.”

“I haven’t been to the school yet, so coach Edwards and coach Pierce spoke to me on the phone,” Gentry said. “They sold me. I liked what I heard. They never talked about weight. The weight is going to come. I don’t know if I’m going to play basketball or not (in the winter).

“Most likely not, unless my high school team needs help. My future is football.”