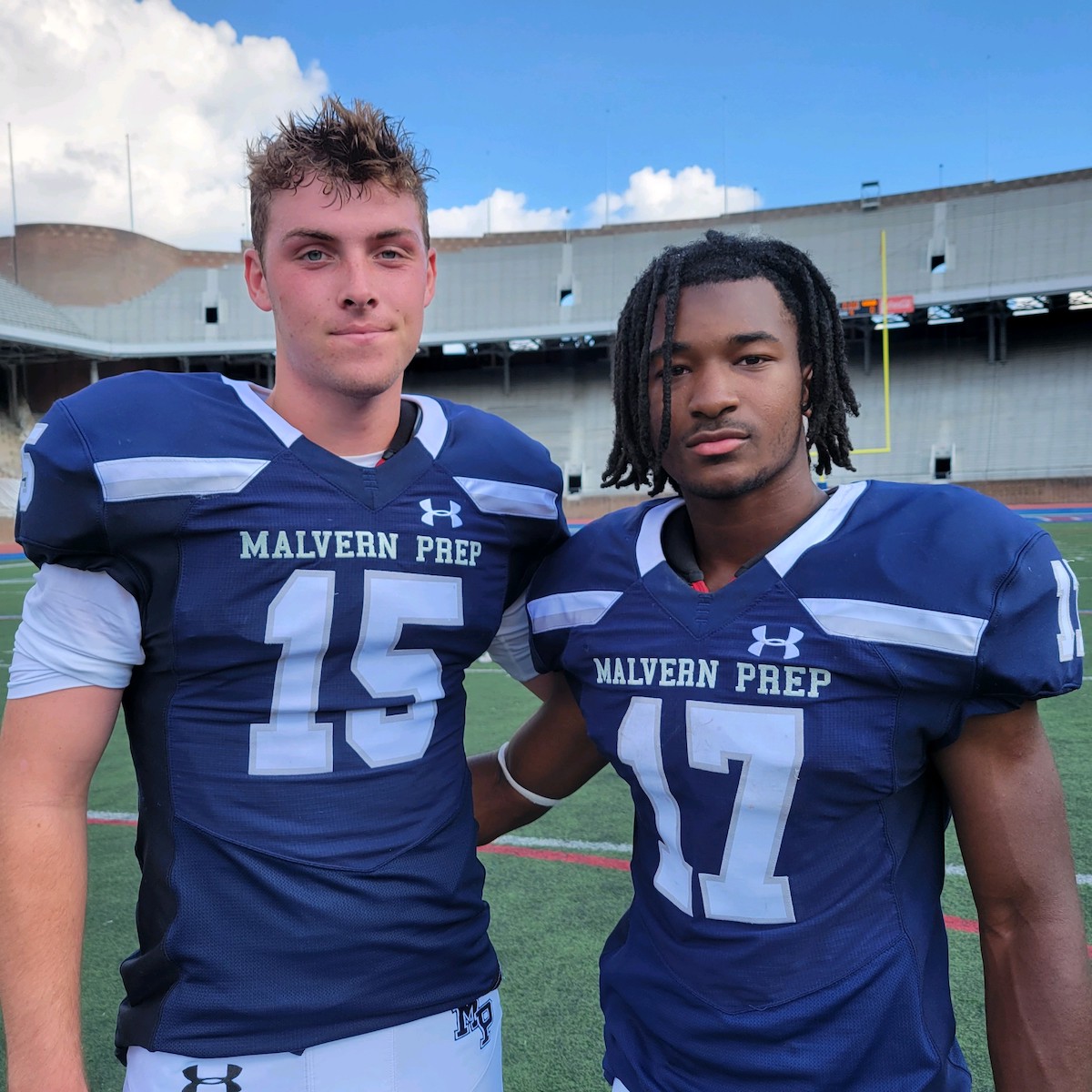 Every football season is an odyssey of discovery. No coach truly knows what they have until a few games are played, or sometimes a month into the schedule.

“Wood’s a good team, and we executed well offensively and we were stout against the run,” Gueriera said. “We felt we should have won the La Salle team (in the season opener). We wanted to finish every quarter and every play, and we did a good job with that.”

“We had a really good week of practice this week, and that’s why we had the kind of game we had today,” Capaldi said. “Wood is a good team. Coming in, we knew they were going to be a tough team. Everyone was really focused during practice. That’s what really pushed us.”

Malvern opened up even more what had been a dominant performance with a 42-yard touchdown pass from Capaldi to D’Angelo Stocker with 6:15 left in the third quarter for a 21-0 lead.

By the fourth quarter, Wood (3-1) was playing to prevent getting shut out and Malvern (2-1) was looking to whittle down the clock.

The Vikings received a spark from sophomore quarterback Mekhi Wharton, after starting quarterback Trey Holsman was forced to leave the game in the third quarter with an injury.

But just when it looked like Wood would get on the board early in the fourth quarter, the Vikings imploded at their five. A Wood penalty pushed the ball back to the 10, a Malvern sack shoved the Vikings back nine more yards and the drive ended on a Wharton desperation incompletion to the end zone.

On Wood’s drive, with Holsman back in, the Vikings once again drove to the Malvern five. This time, the drive ended with Malvern’s Isaiah Wright intercepting a pass in the end zone.

Wood coach Matt Walp wasn’t too happy when he walked off the field on Saturday. He knew his team was better than how they played.

“It starts during the week if you don’t practice all week long, but if you don’t come together as a team and have all the big names, you will not make plays when they need to be made,” said Walp, who has no problem being honest. “We got beat on two plays in the first half, two plays, that’s all they had. We were out of position, it happens.

“In the second half, we hurt ourselves. You don’t win making mistakes against good football teams. We have to clean it up.”

Malvern took a 14-0 lead into halftime, beginning with a 77-yard touchdown pass from Capaldi to Yaadir Nash with 8:41 left in the second quarter. It’s the first time Wood trailed in a game this season.

“That TD gave us the momentum and once we saw we could punch them in the mouth the same way they could punch us,” Nash said. “We realized our strength and we realized we have a team out here.2

That was just the start.

On the next possession, the Friars benefitted from great field possession for Wright to take a handoff up the middle going 19 yards almost untouched for a 14-0 lead after the Wright conversion run with 4:35 remaining in the half.

The Friars had pounded a very good Wood defense for 189 yards of total offense while holding Wood to a mere 41 yards of offense. The Vikings couldn’t do anything on the ground, held to 0 yards rushing over the first two quarters, mostly from minus-29 yards in sacks.

After Nash’s TD reception, the Vikings had a meltdown. They were having problems with the snap, causing Holsman to scramble for his life. In succession, the Vikings went for first-and-10 at their 20, to second-and-15 at their 15, to third-and-26 from their 4.

It gave Malvern a great field position, which they used for the Wright score.

If not for Tyrese Whitaker and Eric “Scoop” Gardner, Wood’s impactful junior defensive ends, and an interception late in the second quarter by Khadir Rowe it could have been worse.

Malvern was driving in the waning seconds of the second quarter when Rowe stepped in front of a Capaldi pass at the Wood 10 to save the Vikings from more damage.

That was it as far as mistakes for the Friars.