Lake Lehman Gets Win Over Injured and Inexperienced Berwick Team 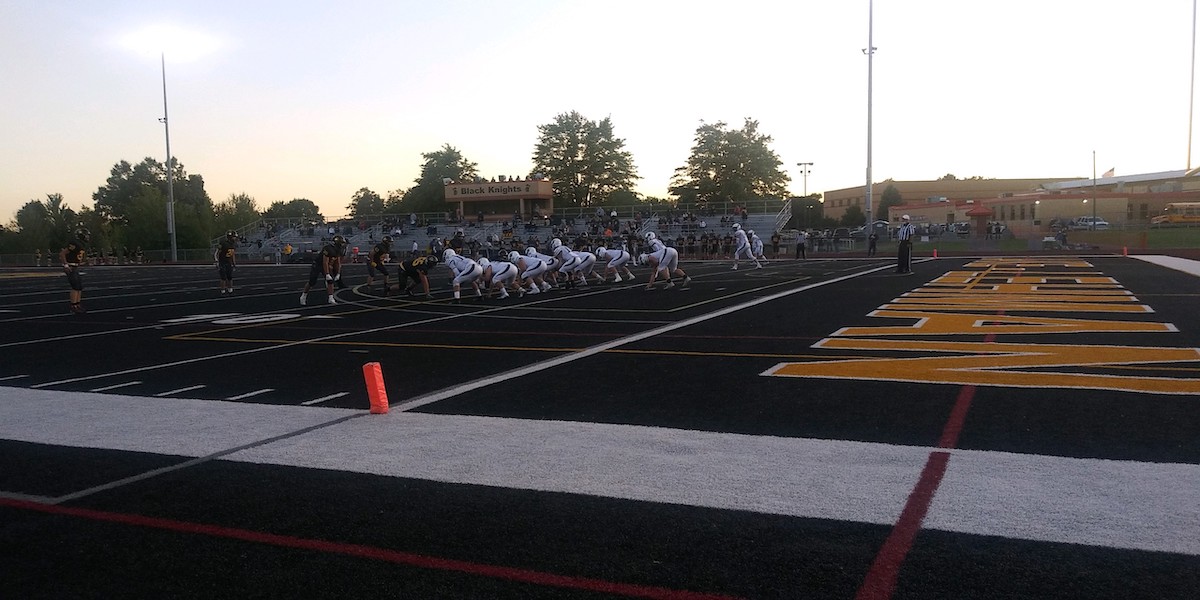 Lehman Township – The Black Knights had a dominating first half on both sides of football. They put together three scoring drives and could have had another if it were not for a fumble deep in Berwick territory. They held the Bulldogs to 21 first half yards and no first downs. Lake Lehman led at the half 15-0.

Lake Lehman was led by their quarterback Ethan Adams who connected on 12 of 18 passes for 195 yards and two touchdowns and running back Ryan Eiden who had 150 yards of total offense (6 rec for 106 yards and rushing for another 48) .

Berwick did make a game of it scoring two touchdowns in the fourth quarter cutting the Lehman lead to one score. But with 2:17 left to go in the game, Eiden scampered in from 19 yards out to seal the deal for the Black Knights. Although Berwick would put together one last touchdown, their ensuing onside kick failed as it went out of bounds.