La Salle’s seniors get their goal in beating St. Joe’s Prep for the first time in six years, 28-21 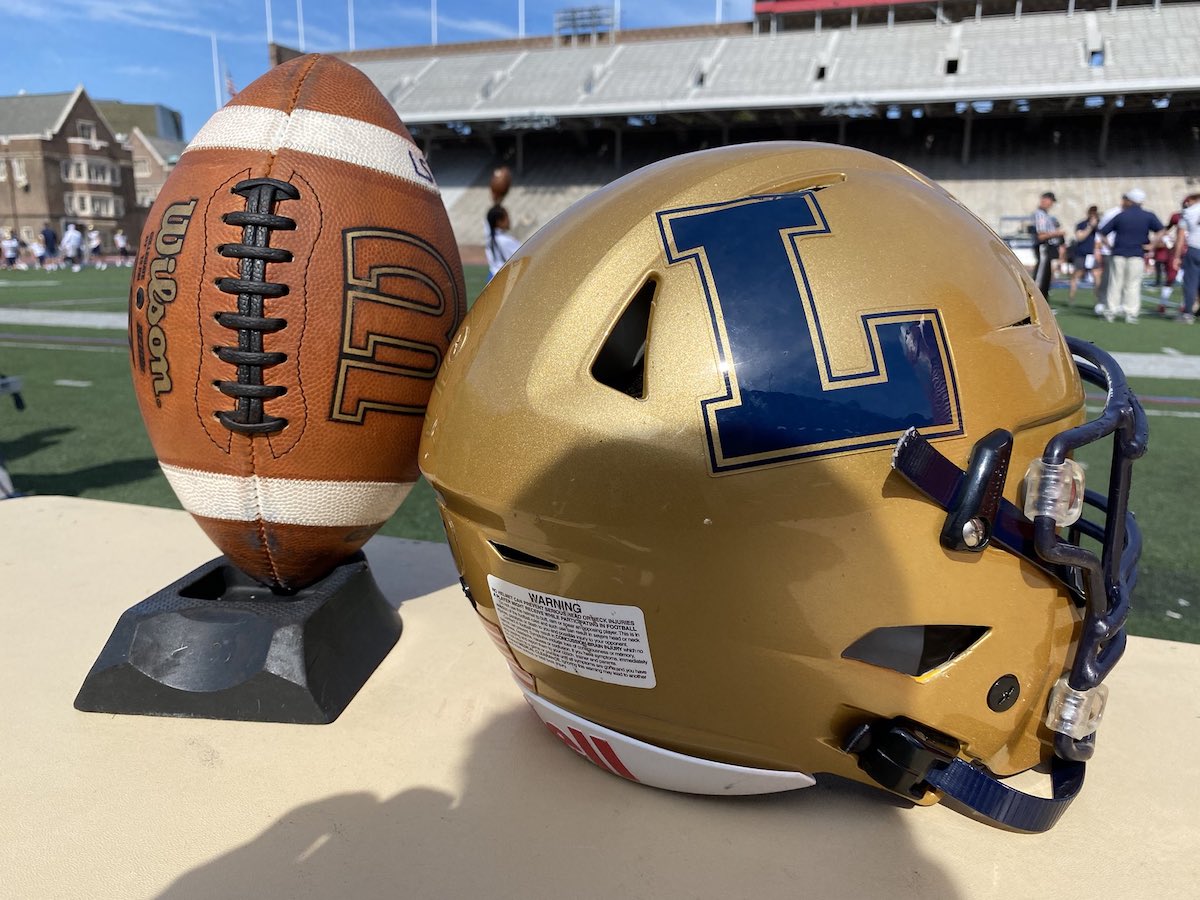 The bus was rocking. The rap was flowing out of tune. La Salle’s football team had plenty of reason to celebrate and everyone that walked past their team buses on Saturday afternoon parked in front of the University of Pennsylvania’s historic Franklin Field were in their blast radius.

The Explorers remained undefeated with the victory, moving to 6-0 overall, while the young Hawks fell to 2-2.

Rutgers-bound Sam Brown led the way for La Salle, rushing for a game-high 120 yards on 16 carries and scored twice in a 21-point, third-quarter outburst that changed the direction of the game.

The power back made sure everyone notices La Salle now. Brown found a new gear in the second half against Prep. He ran 10 times for 113 yards, the big chunk coming on an 82-yard touchdown run down the sideline with 11:20 left in the third quarter that tied the score at 14-14.

“This means a lot to me and the rest of the seniors. It means a lot to our team. But I keep saying, we’re not done yet. We have to finish the season strong.”

For three-straight drives in the third quarter, La Salle went right at the teeth of Prep—its defense. The Explorers scored on drives of 85, 79 and 25 yards, made possible by a partially blocked punt by Matt Mitchell. Prep didn’t help itself, getting called for a personal foul call that extended what turned into the winning score—quarterback Alan Paturzo’s 6-yard sneak with 1:29 to play in the third quarter.

“My hat is off to (La Salle) coach (John) Steinmetz and his staff, and this is on me,” Hawks’ coach Tim Roken said. “They deserved to win. We’ve been here before, and this is on me. I should have put our guys in better positions and I didn’t. It’s something that you do throughout the week and we have to get better. That falls on me. We’ll get back to work and we’ll be ready for next week.”

Prep took a 14-7 lead into halftime, thanks to some magic from Prep quarterback Samaj Jones. The Hawks took the opening drive 65 yards on nine plays, with Jones ending the series on a 20-yard touchdown run with 8:03 left in the opening quarter.

La Salle answered on its first drive of the second quarter. The Explorers played a masterful game of field position, getting the ball at midfield. Running out of the wildcat, the Explorers caught Prep a little off guard. Moore ripped off 31-yard run that put La Salle on the Prep 19.

Four plays later, Paturzo flicked a dart to EJ Wentz for a 4-yard touchdown pass, which tied the game at 7-7 with 9:39 remaining in the half.

Prep responded with a 10-play, 80-yard drive. The big play came when Jones was flushed from the pocket, rolled right and hit a breaking David Washington with a pinpoint 25-yard TD pass.

It showed poise for the sophomore to make a quick decision under pressure, and gave Prep the 14-7 edge with 5:39 left in the half.

“It’s been a while for us and we felt that we were chasing something,” Moore said. “This was something a little personal. This goes to all of the friends of ours that played here before us. We went at them in the second half and ran more inside of them. Samaj is tough to defend against, but we needed to execute and we knew we had to contain him.”

By halftime, La Salle had 37 yards rushing, mostly due to five negative-yardage plays. Prep senior defensive lineman Dan Daly came up with a 12-yard sack that deflated any Explorers’ momentum after the Jones-to-Washington touchdown pass.

In the end, La Salle outplayed Prep. The Explorers’ senior leadership and drive surfaced and dominated the second half. It was a huge victory for La Salle, but it also may have come with a price to be paid in November.

Did the Explorers poke the bear?

“We came into this game with a big head and they deserve to win,” Daly said. “This woke us up. We had a weird bye week and La Salle balled out. Credit to them. But we beat ourselves up, too. We’ll see them again.”