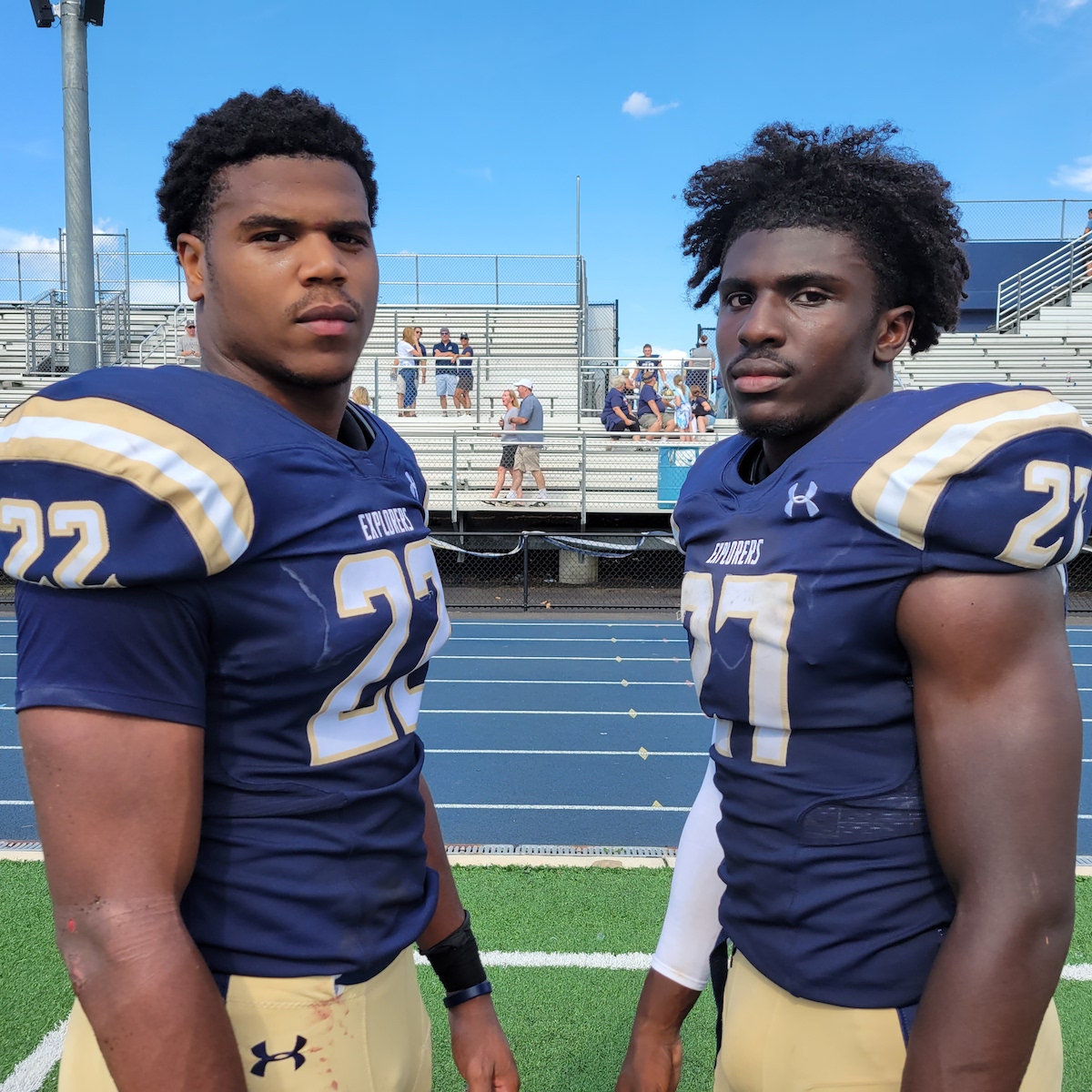 Reflective moments don’t come often in the ever-moving ebbs and flows of a high school football season. The rare times those flashes do occur, you seize them like La Salle did Saturday afternoon in its 13-8 victory over Imhotep Charter at Springfield (Montco) High School.

Neither the Explorers nor Imhotep was exactly at their best, but La Salle proved to be at its best when it had to be.

Trailing in the fourth quarter, Explorers’ quarterback Alan Paturzo spotted Ryan Moore uncovered and lobbed a 12-yard TD pass with 7:28 left to play, which proved to be the difference.

La Salle, ranked No. 3 in Southeastern PA by EasternPAFootball.com, moved to 3-0 with the victory, while the Panthers, who were ranked No. 2, fell for the first time this season, dropping to 2-1.

The group of six dealt with possibly the state’s best defensive line in PIAA Class 5A. Imhotep’s Enai White was still a game-changer, making two tackles behind the line of scrimmage for minus-14 yards and posed such a looming threat that La Salle ran away from him for most of the game.

“That was a great win for us because they’re a good team and we had some energy entering halftime,” Carter said. “I think we learned that we’re ready for the season because the heart we showed and the grit we showed is there. We made some mistakes, so we have to give it a little more focus.”

Imhotep controlled much of the game, relying on defense and its ground game to keep La Salle off the field. But an interesting turn came when the Panthers’ explosive sophomore tailback Tre McLeod left the game early in the third quarter due to an injury. When he left, Imhotep’s offense left with him.

McLeod, who rushed for 67 yards on eight carries, did the bulk of the damage for the Panthers, scoring on a 5-yard run in the second quarter with 1:57 left in the half. McLeod followed that up with a 2-point conversion and the Panthers carried that 8-7 lead into the fourth quarter.

Each time he had the ball, McLeod was a threat to break a long run.

The Panthers’ defense hung on but were tiring.

“They have a lot of guys that go both ways, and you can tell that they were getting tired,” Brown said. “This win means a lot, coming out 3-0 and we have to keep getting better. Imhotep is a fast-paced team, and I can’t lie, they were slowing down.

“We made a lot of mistakes today and still won. We need to execute better, and that starts Monday at practice.”

Imhotep also took a deeper look at itself after the game. Coach Devon Johnson addressed his team, which could go deep into the PIAA Class 5A state playoffs and are certainly state championship contenders.

“We had two of the biggest wins in program history and we got up on our high horse, but this loss will make us a better team,” Johnson said. “I told my team to feel this, and how horrible it feels, because it’s a feeling that I don’t want them to feel again.

“This is the best thing that could have happened to us. Losing Tre, that hurt us. But we came out 2-1 through that gauntlet of the (opening) three games and it’s the best for us that this happened this way. I let the kids talk it out. It’s their team.”

White, who really stood out as a leader after the game, made sure he and his teammates were aware that no fingers should be pointed at anyone but themselves.

“And that starts with me,” said White, rated the nation’s No. 1 edge rusher. “I’m the leader of this team and we have to play harder. We can’t overlook anyone. This hurts. But I would rather feel a loss now rather than later. We had a bad week in practice and we have to address things. Everyone has to address their own issues.

“Once that happens, we’re going to be back winning again.”