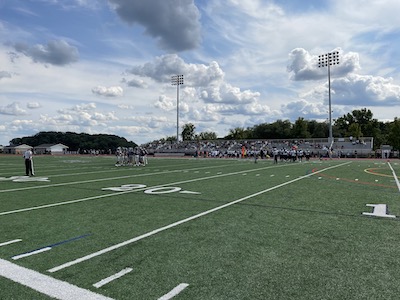 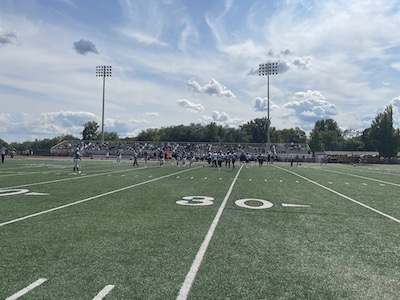 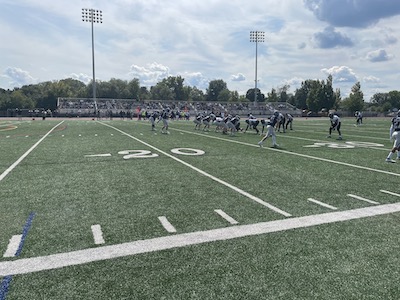 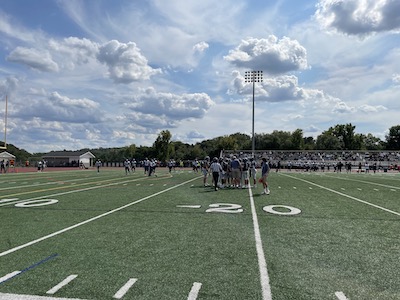 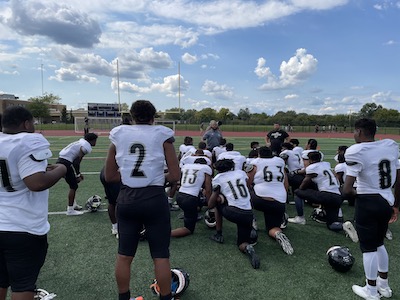 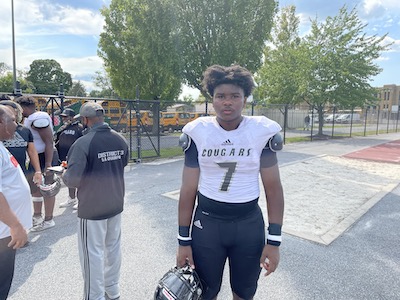 Harrisburg and Manheim Township were a perfect match. Both teams’ opponents for this week, Bishop McDevitt and Central Dauphin were unable to play due to COVID-19 outbreaks. In a move that made perfect sense, the Cougars and Blue Streaks decided to match up on two days’ notice. The game did not disappoint.

Harrisburg junior running back Makhai Hopkins ran for 143 yards and scored two touchdowns, most notably on a 1-yard plunge on fourth down in overtime to give the Cougars a 20-17 victory over the Blue Streaks Saturday in Neffsville.

“We like to run the ball,” Hopkins said. “We like to get behind the line and pound the rock.”

Neither team scored in the second quarter. Harrisburg was hurt by penalties on multiple drives; Manheim Township was hurt by an interception and a sack.

The first drives for each team in the third quarter resulted in punts. The Cougars finally broke through to take the lead on a drive catalyzed by a 32-yard pass from Shawn Lee to Labron Jones that took the ball to the 12. They eventually got down to the 1 and Hopkins slammed into the endzone to give Harrisburg a 14-7 lead with 2:24 left.

Manheim Township’s second and final possession in the third quarter ended with its second 3-and-out; the Blue Streaks punted with 1:31 left.

A 40-yard pass from Lee to Jovani Maldonado and a 15-yard unsportsmanlike conduct penalty gave Harrisburg possession within striking distance at the 24 as the third quarter expired.

The Blue Streaks showed grit and stopped the Cougars on 4th-and-8 from the 22 with 9:11 left in the fourth quarter. Then Johnson hit Shaddy Girgis for a 57-yard strike to the Harrisburg 15. Johnson found Ivey for an eight-yard touchdown pass a few plays later and the game was tied 14-14 with 5:24 left.

Hayden Johnson finds Anthony Ivey for an 8-yard score to tie up the game 14-14 with 5:24 left. @EPAFootball pic.twitter.com/lrJmAovGjc

Harrisburg drove all the way down to the 12 before failing to convert on fourth down.

Michael Heckman with a big stick to bring up 4th down after a long drive for Harrisburg to the 12. Nearing 3 minutes left. Tied 14-14. Cougars going for it. @EPAFootball pic.twitter.com/Jf4U357qlt

Manheim Township started a drive in the final minutes before Cook intercepted Johnson on a deep ball lofted for Ivey with 35 seconds left.

Justin Cook intercepts a pass intended for Anthony Ivey with 35 seconds left in the game. Cougars take over at their own 5. @EPAFootball pic.twitter.com/LEF41n5kwI

After a brief drive by the Cougars, they took a knee to run out the clock and go to overtime. In the extra period, the teams would each get a chance to score from the 10-yard-line. Manheim Township received the first chance and were held to a field goal after two incompletions and a sack.

Harrisburg went back to what worked for them all game: pounding the rock. Finally, Hopkins slammed into the endzone from the 1 to give the Cougars the victory.

FINAL: Mahkai Hopkins runs it in from 1 yard on 4th down and Harrisburg wins 20-17 over Manheim Township in an incredibly hard-fought game. @EPAFootball pic.twitter.com/UD7tXgGhIm

“I told them to feed me,” Hopkins said. “Give me the ball and I’ll get into the end zone.”

The Cougars have grinded out three wins by a combined 18 points this season.

“They’re a bunch of young guys,” Harrisburg head coach Calvin Everett said. “They’re making their mistakes. That’s not a surprise at all. I definitely expected that. They’re learning and they’re maturing as they play. One thing I can say is they’re going to fight to the end.”