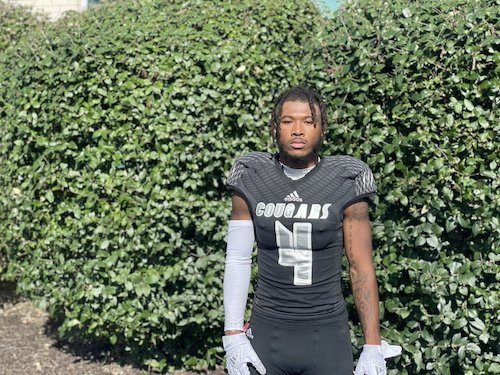 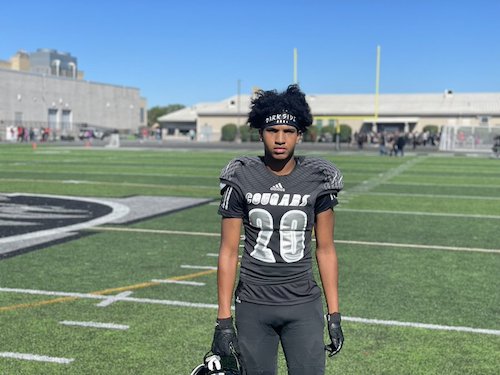 Two heavyweight Mid-Penn Commonwealth opponents reared their heads at each other Saturday afternoon at a sunny Severance Field in Harrisburg.

Harrisburg defeated Cumberland Valley 30-14 behind a staunch defense and a plethora of rushing talent with different strengths.

Temple commit and shifty Kyle Williams rushed for 137 yards and two touchdowns, bruising Mahkai Hopkins rushed for 138 yards and a score, and the Cougars’ “dark side” defense held the undefeated Eagles to 21 points below their season average.

“The dark side,” Williams said about the defense. “We call them the dark side, we love that defense. So just having that dark-side mentality. We know what [Cumberland Valley] does so just stressing to stop that and preparation.”

Hopkins, who’s 6-1, 240 pounds, plays linebacker on that defense. Terrell Reynolds, who’s 6-2, 245 pounds, plays end and had a sack Saturday. Then there are the speedsters in the secondary including sophomore Quincy Brannon, who had an interception. It’s a recipe for disaster for opposing offenses.

“It felt good to have a team win,” Brannon said. “We needed this one. We played as a team and played great today. I’m proud.”

The first quarter ended scoreless with the longest play coming on a 13-yard pass from Harrisburg quarterback Shawn Lee to Ameer Grandberry.

The second quarter was more prosperous for the Cougars. After a Cumberland Valley punt put the ball at their own 42, Williams darted 49 yards to the 6 on third down and scored on the next play. Hopkins pounded the 2-point conversion in to make it 8-0 with 6:02 left.

Brannon then picked off a pass from Isaac Sines 52 seconds later and Harrisburg was in business at the Cumberland Valley 26.

Lee finished off the short, four-play drive with a 1-yard plunge to make it 14-0 with 2:26 left before halftime.

Cumberland Valley responded in the third quarter when Bryce Staretz ran 42 yards to the end zone with 3:22 left to pull the Eagles within a touchdown.

It appeared the Cougars would impose their will in the fourth when Hopkins ended a long drive with a 14-yard TD up the gut with 6:58 left to push the lead to 22-7.

But on the ensuing kickoff, JD Hunter returned it 85 yards to the house and the Eagles were within striking distance at 22-14.

Williams eventually put the game away with his second TD, this time from 4 yards, with 2:04 remaining.

“It’s a big confidence boost but we’re not getting satisfied off this,” Williams said. “We’re adding more fuel to the fire. This win helps us out a lot but we’re still hungry.”