Garnet Valley survives an early knockdown to come back and beat Ridley, 65-37 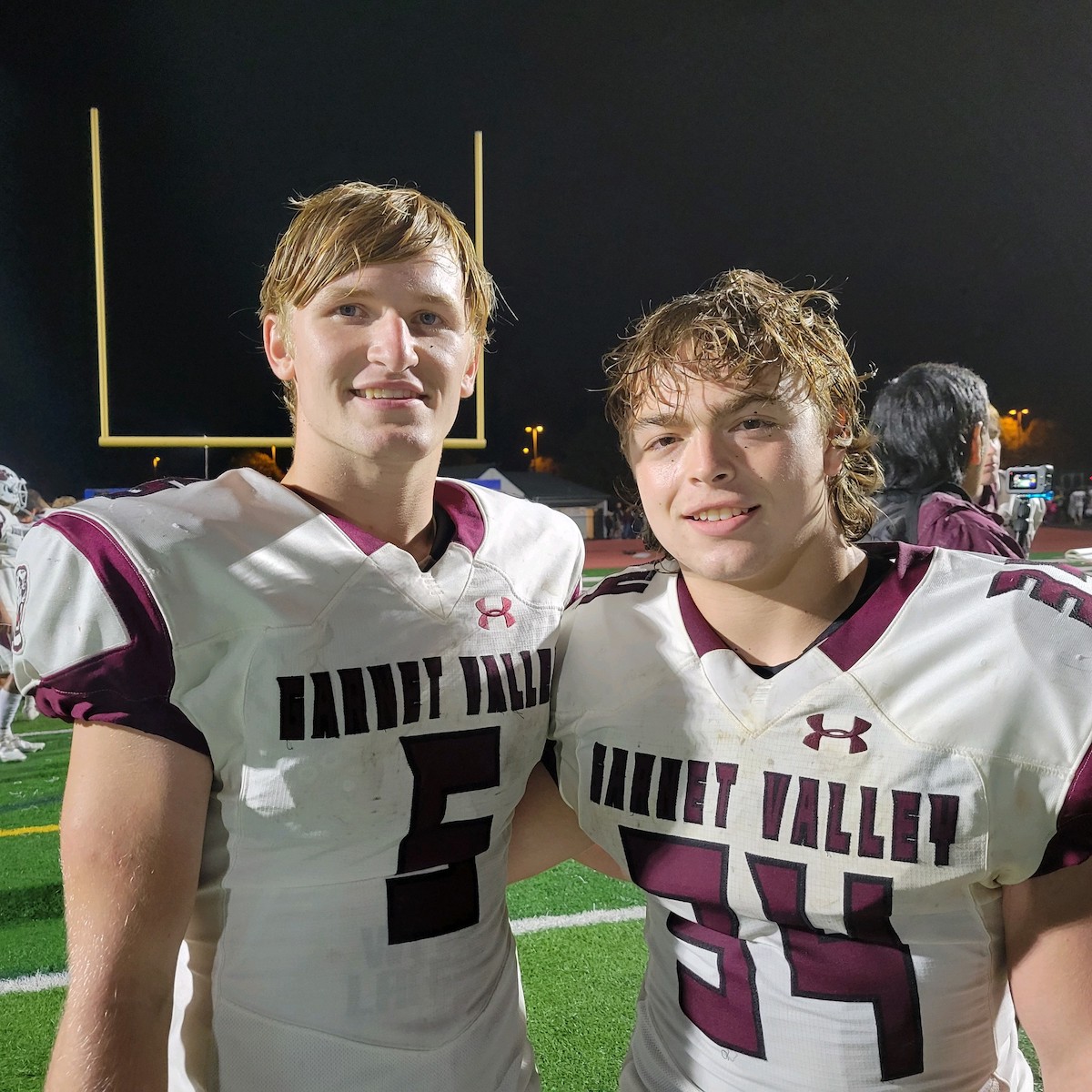 What was important is that no one panicked. Garnet Valley knew what it had to do against Central League rival Ridley, and that was to relax a little bit, go back to what has worked for them to this point, and apply it.

It led to a 37-point second-half outburst, which led to a 65-37 victory over a very stubborn, and very fast Ridley team.

The victory kept Garnet Valley’s record clean, improving to 6-0 overall, while Ridley lost for the first time, dropping to 5-1.

The Jaguars did it by pounding Ridley for 421 yards rushing on 54 carries, translating into 7.7 yards per carrying. Junior bulldozer Jason Bernard, AKA “The Bus,” blasted his way through, over, and around the Ridley defense for a career-best 220 yards rushing, and two touchdowns. His blocking also paved the way for running mate Ryan Saunders to score four touchdowns.

The Jaguars had been blowing out their opponents this season. They got their first introduction to playing four quarters. Well, actually, three.

Once Garnet Valley’s Saunders scored the fourth of his four TDs with 4:05 left in the third quarter, Ridley’s defense had been worn out by the large Garnet Valley offensive front.

“This is the first time we trailed, but we came together at halftime and rallied,” Saunders said. “We stressed what we were doing all week, executing the run and eliminating mistakes.”

Bernard had his coming-out party. He had worked his way up the Garnet Valley depth chart. He never rushed for over 100 yards before, let alone 200.

“A lot of the credit goes to the offensive line, they paved the way for me,” Bernard said.

Garnet Valley is No. 1 in the District 1 Class 6A, and the Jaguars stand a very good chance of playing deep into December, certainly a favorite to win the District 1 6A championship, up there with North Penn.

But something else also emerged Friday night: Ridley is going to cause problems for whomever the Green Raiders will meet in the district playoffs.

Ridley quarterback John Heller completed 16 of 28 passes for 296 yards and two TDs. His second scoring pass, a 43-yard strike to Nahaj Saleem with 3:47 left in the second quarter marked the first time Garnet Valley trailed in a game in 2021, when they were down, 27-21.

It didn’t last long, when the Jags’ Saunders scored on a 5-yard run with 1:34 left in the frame, but Ridley bounced back once again, driving 75 yards, and ending the drive on a great play call, with tailback Tahir Mills throwing a 14-yard TD pass to Saleem with :11 in the half.

At halftime, Garnet Valley addressed the holes and got a good lesson in how to deal with adversity for the first time this season.

“I like how we handled it,” legendary Garnet Valley coach Mike Ricci said. “The seniors took over and spoke. There was no yelling or screaming. What had to be addressed was addressed.”

For Ridley coach Dave Wood the defeat was bittersweet. His son, CJ, happened to be one of Garnet Valley’s starting defensive backs.

“We’re a young team and we only have four seniors and we’ve gotten better each week,” Dave Wood said. “We got worn down a little bit in the third and fourth quarters, and I believe we’re a very good football team that’s coming. We played some pretty good teams and we hung in.

“This wasn’t an easy week for me. I’m very proud of CJ. He made two great plays in the first half on Mills that would have gone. He’s a player making tackles and you have to know where he is. My wife, CJ’s mom, sat on the Garnet side of the field (laughs).

“We have pieces of some dynamic skill kids and defensively we have to solve some things up front. We threw a lot of punches at them. In the third quarter, we were still there.”

In November, Ridley appears as if it will be there, too.