Coatesville Wins Raider Battle to Advance to the District Finals 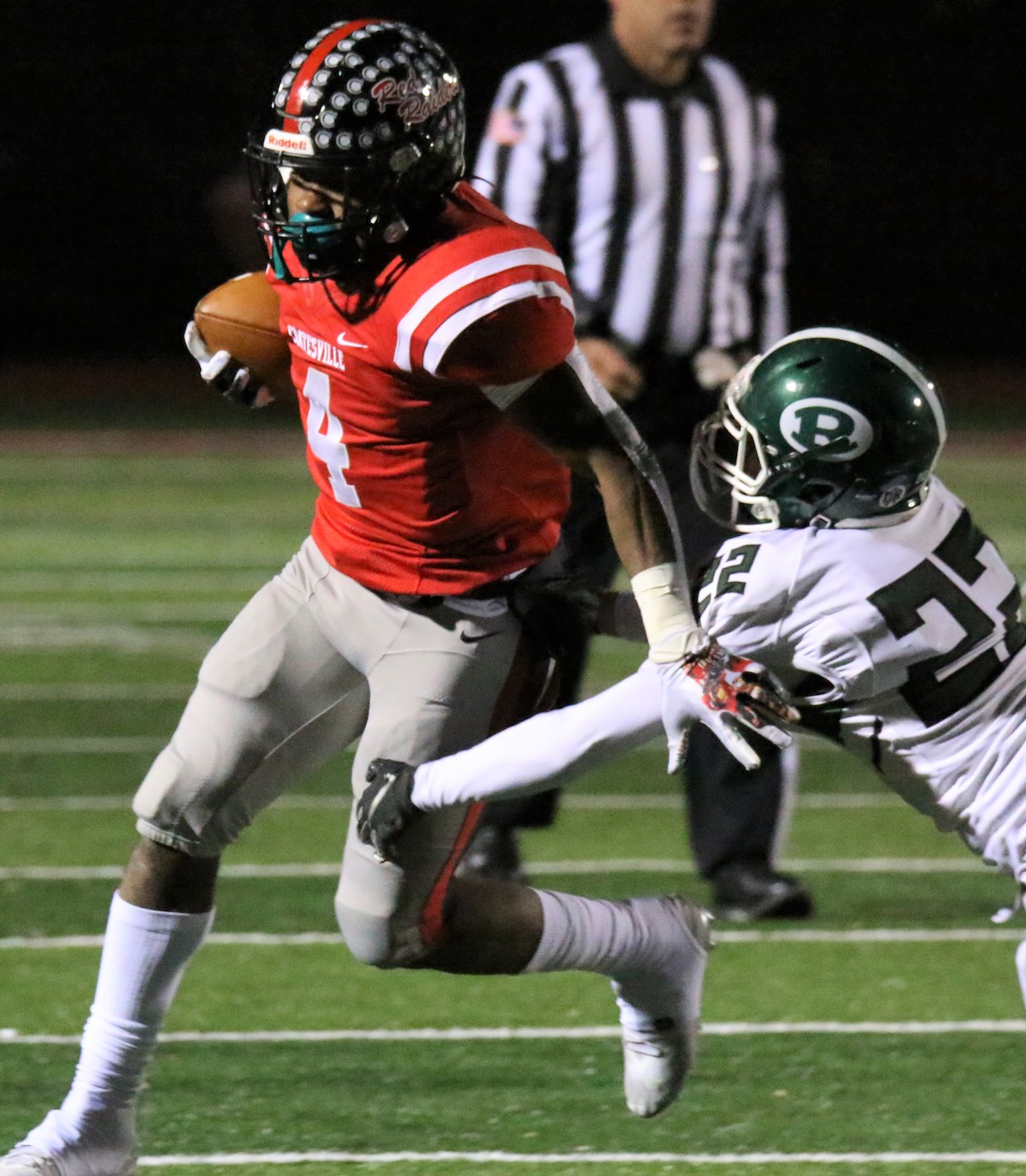 Tonight, in a battle of Raiders at Coatesville- the Coatesville Red Raiders downed the Ridley Green Raiders by a score of 50-14. It was one of those games where Coatesville could have named their score, it was never close.

Now they play Garnet Valley next week for the 6A district title in Concordville.

Ashon Wesley started Coatesville’s run of dominance early on runs of 26 and one yard, to put them up 14-0. That lead became 16-0 when Ridley’s punter was penalized for an illegal kick in the end zone. Harrison Susi scored on a 31-yard run to put Coatesville up 23-0, then threw a 58-yard strike to expand the lead to 30-0. Bryan Lacey scored from two yards out to ensure the mercy rule in the second half.

Coatesville’s defense was suffocating to the point where Ridley did not get a first down until there were five minutes left in the first half.

Coatesville expanded their lead to 44-0 when Tommy Ortega hauled in a 12-yard pass from Harrison Susi.  Ortega has scored a touchdown in every Coatesville playoff game since 2016.

Tahir Mills got Ridley on the scoreboard on an 11-yard run. NahirnSalim scored on a 72-yard pass from Heller to cut the lead to 44-14. Damon Watson closed out the scoring on a two-yard run.

Matt Ortega commented on the difference between his teams of years past and the last two years, “They’re a team, and make plays together. RJ Rickabaugh and Nolan OHara are the heart and souls of the team. This is a special group of seniors. Our line is a physical bunch.”

« Philadelphia Catholic League Players of the Week Week of November 15th, 2021
Garnet Valley outlasts Quakertown, 58-39, in the District 1 6A semifinals »