Central York pulls away in the second half over Delaware Valley 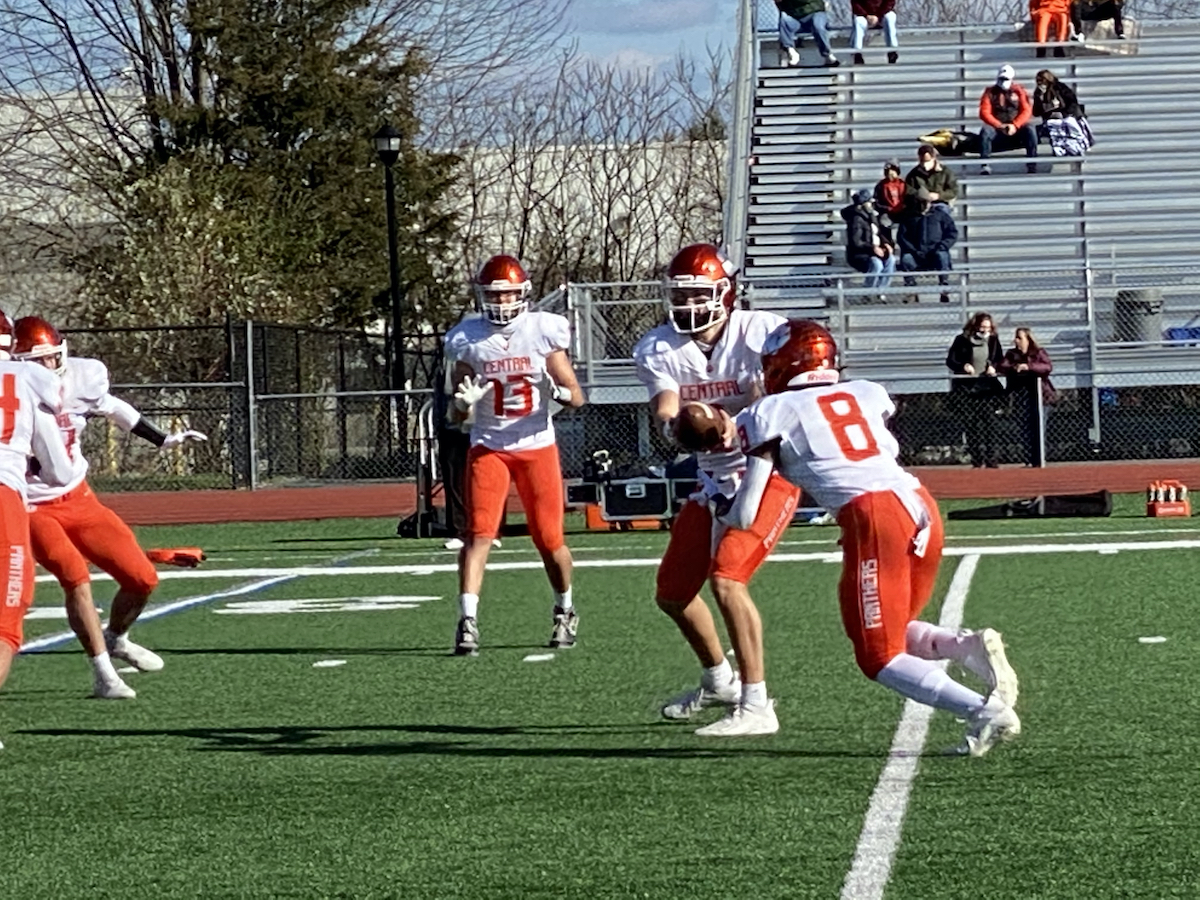 MILFORD – Central York was trailing Delaware Valley 21-20 in the third quarter when Judah Tomb took a punt 82-yards with 2:49 left in the quarter to give the Panthers the lead for good.

Quarterback and Penn State commit Beau Pribula added three rushing touchdowns in the fourth quarter. This helped the Panthers pull away in a 49-27 win in the PIAA Class 6A quarterfinals Saturday afternoon.

Central York moves on to play McDowell out of District 10 in the 6A semifinals next weekend. McDowell has yet to take a snap in the playoffs. They advanced to the semifinals via two forfeit wins due to COVID-19.

In the second quarter, Aiden Oliver hit Jason Henderson in stride for a 17-yard touchdown pass. Cormac Starr’s kick was good and the Warriors led 7-0.

Central York answered the Warriors drive. Pribula hit Judah Tomb for a four-yard touchdown pass with 9:01 left in the first half. They were tied at seven.

At mid-field, Central York’s fourth-down pass fell incomplete. The Warriors took over on downs at the 48. Oliver found Henderson again, this time for a 27-yard touchdown pass. Henderson finished the drive by diving into the end zone for the score. They led 14-7.

Central York came back.  Pribula used his legs and arm to march the Panthers right down the field. With 1:30 left in the first half and facing a fourth down and two, Head Coach Yonchiuk sent his offense out and Pribula threw a perfect pass to Tomb for the 22-yard touchdown pass. As time ran out in the first half, the teams were tied at 14.

The Panthers came out running. Isaiah Sturgis took the handoff and darted 62 yards to set up Central York’s touchdown. The drive was capped off by a one-yard plunge by Pribula. The extra point was blocked and the score was 20-14.

“It was a back and forth game in the first half. They went up in the third and our guys never panicked”, said Yonchiuk.

The turning point of the game was Tomb taking the punt, breaking several tackles, and returning it 82 yards for a score. Pribula hit Parker Hines for the two-point conversion and with 2:49 left in the third quarter, they led 28-21.