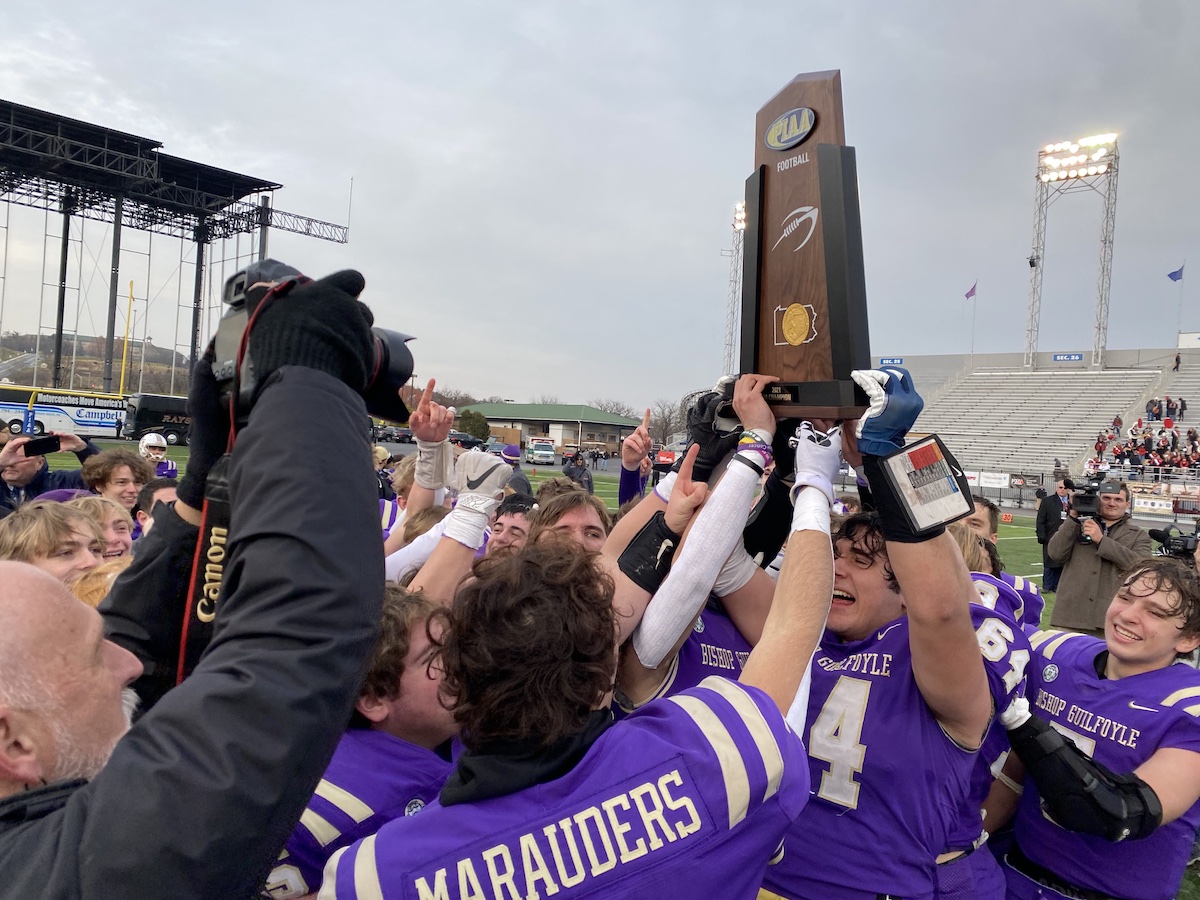 HERSHEY – Bishop Guilfoyle scored a late touchdown with 3:31 left in the game and held off Redbank Valley in a PIAA Class 1A championship game Thursday afternoon at Hersheypark Stadium.

This is the Marauders’ fourth PIAA State title and first since 2016 when they won three straight titles in a row.

“We played in four state championships and this was a battle,” said Justin Wheeler. “This was two even matched teams just throwing haymakers and they got one and we got one. It was great high school football and I am so proud of our guys.”

The first half was a defensive battle. Bishop Guilfoyle got the lone score. Karson Keisewetter scored from one-yard out with 26 seconds left in the first quarter.

The Marauders went into halftime leading 7-0.

Redbank Valley’s offense kicked it in gear. Bryson Bain hit Marquese Gardlock for a 39-yard touchdown pass. Tyson Adams’ kick was good and we were tied at seven with 4:18 left in the third quarter.

Just like any prize fight the other team counters right back. With the game tied the Marauder’s landed their counter punch.

Keisewetter hit Anthony Cioffari on a jump pass that went 57 yards for a touchdown. Bishop Guilfoyle led 14-7 with 2:47 left in the third quarter.

“We’ve been running the ball and we had that play in but it’s a short-yardage play,” said Wheeler. “We saw the opportunity and we saw the way they were coming and we made the call and Karson and Cioffari’s connection was unbelievable.”

Karson finished the night throwing for 119 yards and rushing for 127 and two touchdowns.

“Karson has been unbelievable the whole season, especially the last couple of weeks, said Wheeler. “But in the playoffs, he hit a new gear. He makes big plays in big moments.”

But, again the Marauders answered right back. Cooper Rother finished off the drive from 14 yards out with 3:21 remaining in the game.

On the final play of the game, Bishop Guilfoyle’s Hayden Garner came into the game to take the kneel down. He has been trying to play with a knee injury this season.

“Hayden has battled and fought during his injury and tried to play on his injured knee for three games because he wanted to give something to the school and team,” said Wheeler. “Since the surgery, he has been at every practice cheering on his team. Today was the day he got to take a knee on the last play.” 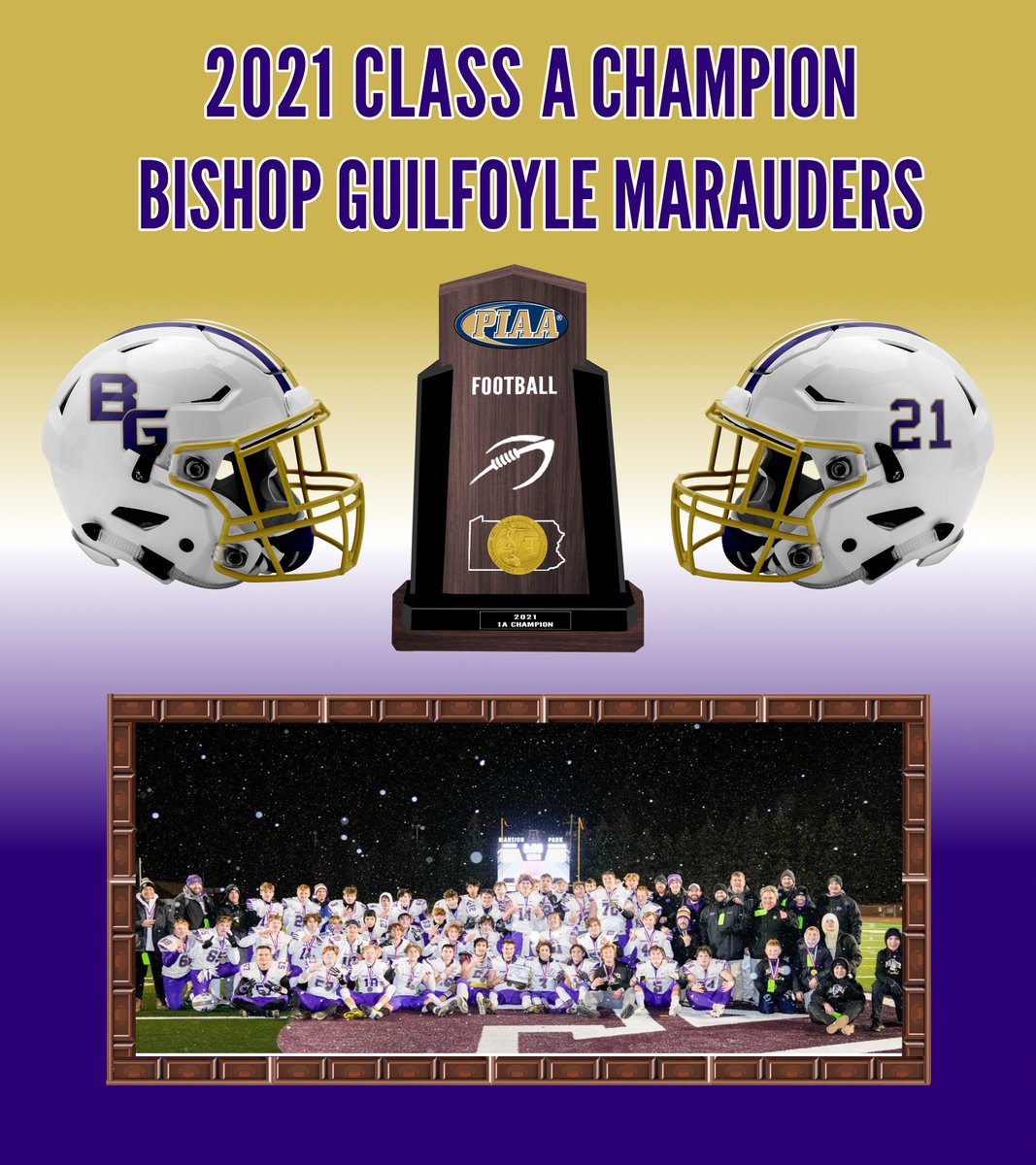