Antonio Chadha is a difference-maker in St. Joe Prep’s 41-6 District 12 6A Title 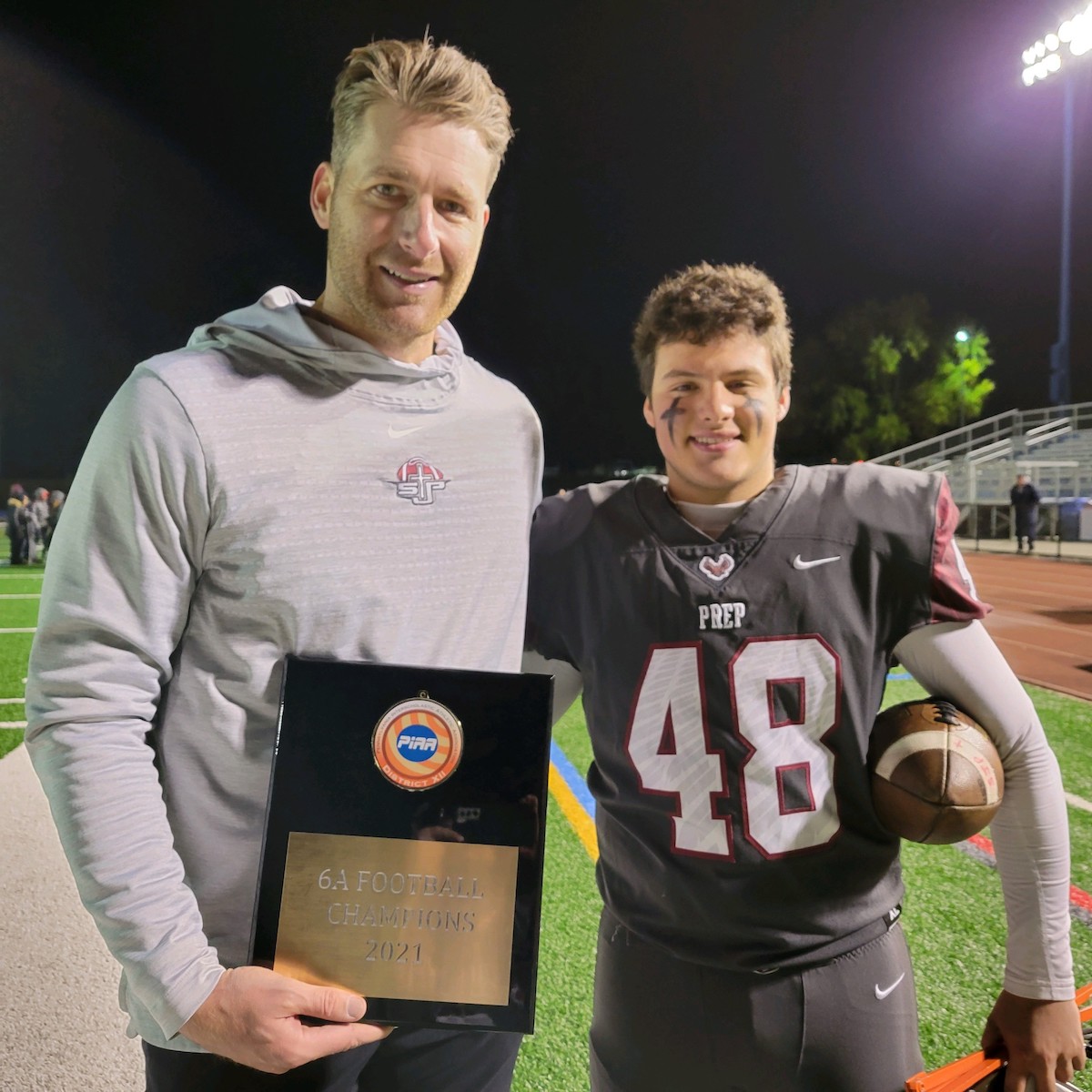 Not so at St. Joseph’s Prep.

Senior Antonio Chadha has served a vital role with the Hawks ever since he first started kicking for the varsity as a freshman. Last year he booted a school-record 48-yard field goal in the Hawks’ state championship victory.

On Friday night, Chadha did what he does best—nailing the opposing team with his booming kickoffs in the end zone. He helped pin down Northeast all night long with his career 105th touchback this season in the Hawks’ dominating 41-6 District 12 6A championship over Northeast at Cardinal O’Hara High School.

Prep (9-2) now advanced to the PIAA 6A state quarterfinals to face Freedom next Friday at O’Hara at 6 p.m., while Northeast (6-5) will play Central in its traditional Thanksgiving Day game.

Part of the reason the Hawks will be continuing on into November is the unlikely, 5-foot-9, 195-pound Chadha. He’s kind of an unsung hero for St. Joe’s Prep, because his powerful right leg gives the Hawks’ defense great field position to open every game.

“At the high school level, putting the ball in the end zone is a blessing, and Antonio is a weapon not many teams have,” Hawks’ coach Tim Roken said. “Antonio is very much a part of this team. We’re grateful to have him here and he practices with a purpose every day.

“I have great faith in Antonio because he puts the time in. He faces pressure in practice every day and he’ll tell himself how defenders come right at them for a few seconds for Antonio to do his job. Owen Garwood did a great job holding for him all year. He does his job, and from a kickoff standpoint, he’s a weapon we’re grateful to have.”

Roken is just not that crazy about his valued kicker making tackles, which Chadha did in the third quarter saving a touchdown.

“That’s my first tackle I made this year, and coach Roken asked me if I was okay when I got off the field and take my head off my head, because it doesn’t look good,” said Chadha, who’s gotten an offer from Temple and should be getting more. “I want a touchdown, so I want to be converted to running back (laughs).”

Chadha, who carries a 3.0 GPA and has scored an 1,140 SAT score, is hoping he gets another chance to win a game for the Hawks, as he did in the opening round of the Catholic League playoffs with a game-winning field goal over Archbishop Wood.

“I do hope I get the chance (to win another game),” Chadha said. “Coach Roken trusts me. My role is to put the through the uprights after every touchdown, and put the ball in the end zone on kickoffs. But I couldn’t do my job unless everyone else does their job.”

With Chadha pinning Northeast down, the game was over by halftime.

The Hawks took a comfortable 31-0 lead into intermission, thanks to a 41-yard TD run by Blaine Bunch on the fourth play of the game, followed by a 32-yard touchdown pass from Dane Picariello to Garwood, followed by Keenan Nelson’s 26-yard scoop-and-score, followed by Semaj Jones’ sweet 13-yard drop to David Washington to close the first quarter.

A Chadha 34-yard field goal topped off the Hawks’ scoring in the first half.

The Hawks held Northeast to 86 yards of total offense in the first half—all on the ground.

Prep, meanwhile, had nine different players touch the ball in the first two quarters. The Hawks had great balance, gaining 98 yards rushing and 118 yards passing. In the first half when the game was still competitive, Picariello and Jones combined to complete 8 of 13 passes.

Terail Greene was a bright spot for the Vikings. He carried 12 times for 81 yards in the first half. Greene finished 107 yards on 19 carries, and Northeast’s Penn State-bound Ken Talley tacked on a cosmetic score with a 4-yard run in the fourth quarter to prevent the shutout.

“They struck fast and they’re a well-coached team that has a lot of talent and we couldn’t rebound after the first quarter,” said Vikings’ coach Eric Clark, who did a great job this year in keeping the Vikings competitive after a tragic loss before the season. “My kids kept fighting and it’s all I could ask for.

“We have Central coming up on Thanksgiving and it’s one of the oldest rivalries in the country. I played in it for three years, and I coached it for multiple years. This is the first time I’ll be a head coach in this game. I’m super excited to be involved in this game. It’s going to be a fun time.”