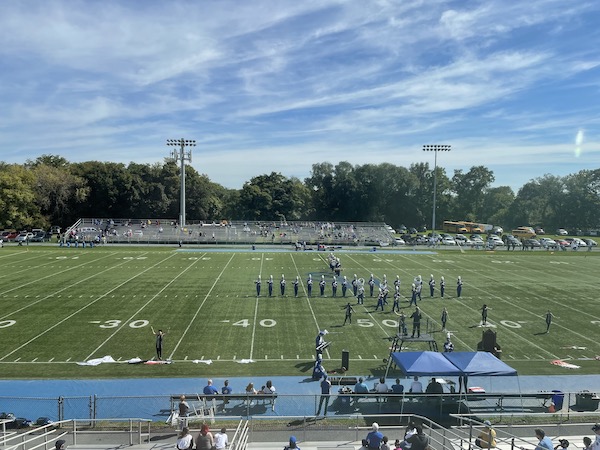 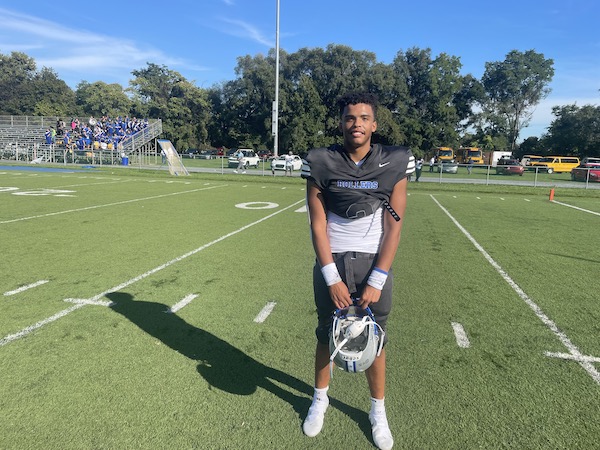 Steelton-Highspire quarterback Alex Erby is only a sophomore and has a resume that would make a senior jealous.

He threw for three touchdowns, all in the second half, but more notably for 255 yards which broke the all-time record for career passing yards in Steel-High history.

“I just gotta give props to my O-line,” Erby said. “They’ve been the key to my success. Also the hard work. We are right back at it on Sundays. It’s a dog mentality and we’re going to keep pushing.”

Last season, Penn State recruit Mehki Flowers was on the team giving Erby a prized recruit at wideout. He’s spreading the ball around more this season. Three players caught touchdowns Saturday. Tyrone Moore had 10 catches for 112 yards and a score. Rell Ceaser Jr. had five grabs for 79 yards and a score. Jaeion Perry had four receptions for 64 yards and a score.

“It’s definitely a lot harder not having Mehki, Damein Hammonds and Odell Greene,” Erby said. “We all just have to keep getting better every week, execute and keep growing as a team.”

The Rollers (1-0, 5-0) got off to a slow start Saturday, halted by five penalties, three punts and an Erby interception in the first half.

The Blue Raiders (0-1, 2-3) weren’t much better with five penalties and five punts.

The teams were scoreless at the break, the first game of the season that the Rollers were tested. Their four previous victories were by 77, 55, 61 and 34 points.

“We realized (Middletown) was a really good team with good players that could potentially play at the college level,” Erby said. “I was keeping my composure and just trying to help the team calm down (at halftime). I could tell we were getting a little riled up. We’ve been through this before though, so we just had to keep pushing.”

And push they did.

Daivin Pryor rushed for 34 yards on Steel-High’s first drive of the second half and finished it with an 8-yard touchdown. Pryor finished with 22 carries for 128 yards for the Rollers.

Next were two 41-yard touchdown strikes from Erby, one to Ceaser with 1:52 left in the third and the second to Perry as time expired in the quarter.

Suddenly the Rollers were leading 19-0 heading to the fourth.

Erby put the nail in the coffin with a 4-yard touchdown pass to Moore with 2:02 left in the game.

Erby’s dad, Andrew Sr., is the Steel-High head coach and his brother, Andrew Erby Jr., is a starting defensive tackle, which the sophomore sensation thinks has its pros and cons.

“It can be a good and a bad thing sometimes,” Alex said with a smile. “I’ll get yelled at for throwing into double-coverage on my pick, but it’s good because I can sit down with my dad every night and prepare for the week.”

The Erby trio will be preparing to go 2-0 in the Mid Penn Capital division when they face Trinity next week.

« La Salle’s seniors get their goal in beating St. Joe’s Prep for the first time in six years, 28-21
South Williamsport over Columbia-Montour Vo-Tech, 40-8 »