Southern Columbia heading back to Hershey 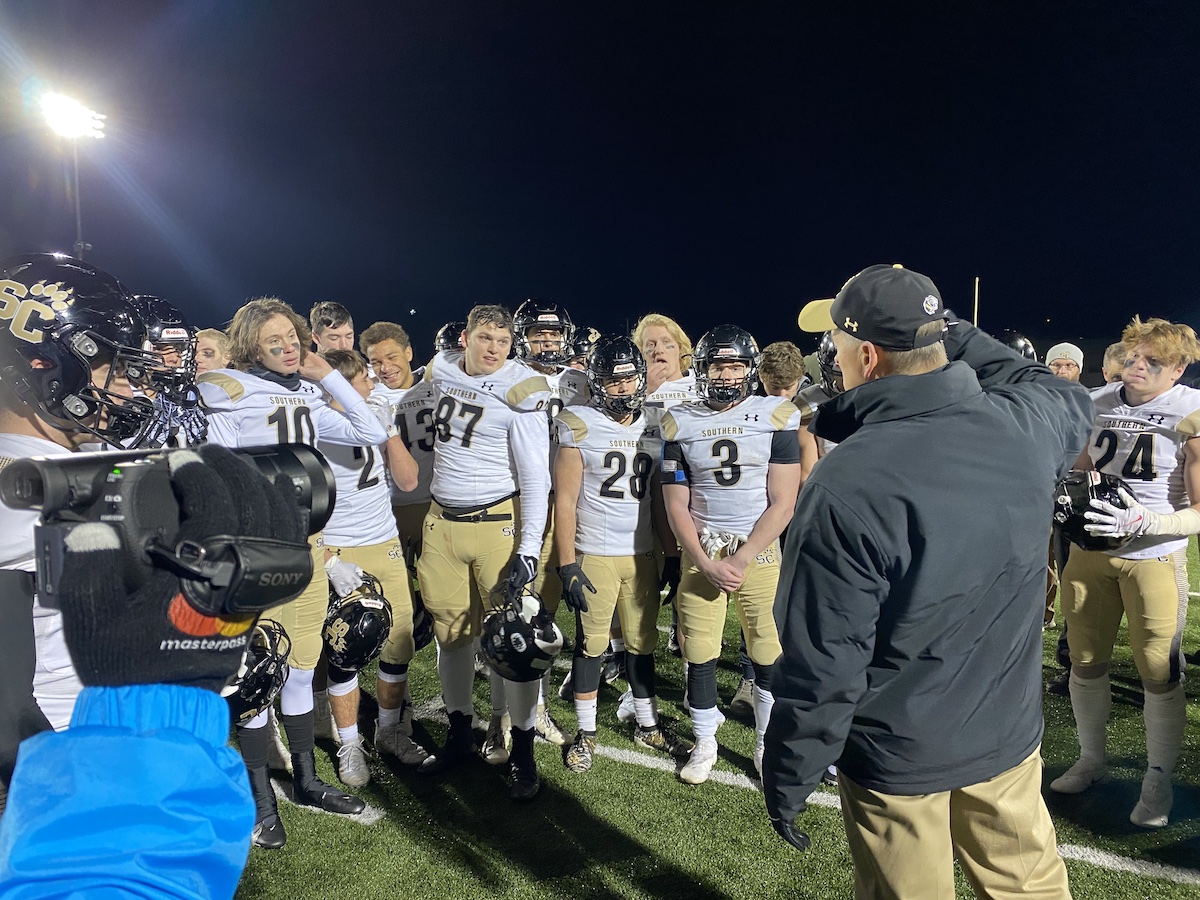 Southern Columbia’s running backs Braeden Wisloski, Gavin Garcia and Wes Barnes combined for 352 yards on 21 carries and seven touchdowns in a 56-14 win over Northern Lehigh (11-4) in a Class 2A Semifinal at Lehighton Area School District Stadium.

“I can’t be prouder of the way we played the last two weekends on both sides of the ball,” said Coach Jim Roth. “Our line did a good job opening up holes all night.”

What does this win mean?

Southern Columbia (14-1) moves on to play District 7 champion Serra Catholic (14-1) in next Friday’s PIAA Class 2A championship game at 1 pm at Hersheypark Stadium. The Eagles defeated Farrell Friday Night in the other semifinal’s 27-18. This is the seventh year in a row the Tigers are going to make the trip to Hershey.

“Every now and then I take a step back and it’s hard to believe sometimes when I think about it,” said Roth. “One of the keys is I have to take a step back. One of the important things we do is every day, every game, everything is one day at a time and we try and keep the focus on the here and now. We don’t look ahead.”

As impressive as the Tigers’ offense was, their defense was stout all night. Garcia returned an interception and Derek Berlitz had two sacks and a blocked punt to lead Southern Columbia’s defense.

“Defensively we came in the season inexperienced. We played two outstanding offensive teams the last two weeks in the playoffs and our defense played extremely well,” said Roth.

Northern Lehigh won the toss and deferred to Southern Columbia. The Tigers marched right down the field and capped off the five-play drive with Wisloski 13-yard touchdown run. Garcia had a 34-yard sprint during the drive. Isaac Carter’s kick was good and Southern Columbia led 7-0.

The Tiger’s defense forced a three-and-out. It looked like Garcia returned a punt for a score but it was called back due to a penalty.

Barnes (22 yards) and Garcia (44 yards) had big runs back-to-back and Barnes finished off the drive with a seven-yard touchdown run. Just like that, Southern Columbia led 14-0.

The Bulldogs would answer the Tigers’ drive. The combination of Dylan Smoyer to Nick Frame was key in the drive. Those two connected on pass/catch of 18 and 49 yards. Matt Frame finished the drive diving in from one yard out. Northern Lehigh cut into the Tigers lead 14-7 with 2:59 left in the first quarter. That would be as close as the Bulldogs would get to Southern Columbia.

The Tigers answered right back. It took two plays for Wisloski to burst through the line and go 53 yards for the score. Tigers led 21-7.

The Bulldogs’ Brett Misera intercepted a Blake Wise pass. Northern Lehigh couldn’t capitalize on the turnover and had to punt.

The Tigers scored the next two touchdowns before halftime to extend their lead. Barnes scored from six yards out and Garcia added a 13-yard run. The Tigers led 35-7 at the half.

The Tigers’ defense forced a Bulldog punt. Two plays into the Southern Columbia drive, Barnes broke free for the 45-yard run. With 7:48 left in the quarter, the mercy rule was on.

“I thought our defense brought pressure and keep them off balance most of the night,” said Roth. “Our guys did a great job tonight. It looked to me just watching from the sidelines it was probably one of our better games in terms of our front four. The combination of our front four and linebackers looked quick all night.”

The Bulldogs fumbled a reverse on the ensuing kickoff and the Tigers took over on Northern Lehigh’s 18. Wisloski scored from 18 yards out and the score was 56-7, Southern Columbia with 11:38 remaining in the game.

Frame added his second touchdown of the night. He finished his night rushing for 96 yards on 20 carries.

« The Battle of the Bishops turned out to be a fight until the end.
Wyomissing Dominates Neumann Goretti 42-6 To Earn Second Straight Hershey Trip »