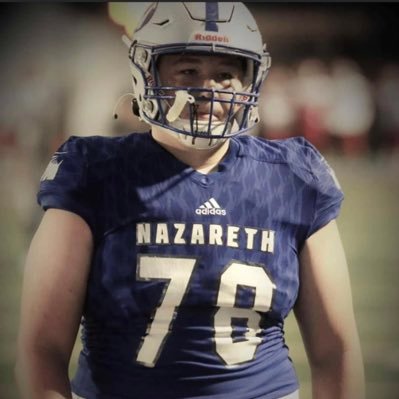 Coaches Comments: “Sean is one of the most versatile linemen I have ever coached. He has played every position on both the offense and defensive line over the past two seasons. He is strong, aggressive, and moves extremely well. Sean is very intelligent and is a leader on the field. He brings his toughness and agility from being a State Champion wrestler to the football field every Friday Night. He has several college football offers already and we are very lucky to have Sean as a Blue Eagle for the next two years.”