Berks Catholic hosted Boyertown on Friday night in a non-conference game. The Saints, missing their top two rushers due to injuries, played the best game of their season to date. Berks Catholic amassed a total of 412 yards on only 41 offensive plays en route to a dominating 49-14 victory over the Bears.

Abdul McFoy and Nolan Larkin have accounted for 83% or Berks Catholic’s ground yards during the first three games of the season. On Friday, 9 different players ran the ball 31 times for the Saints as they gained 297 yards on the ground. Connor Gundersen led the way with 8 carries for 77 yards and a touchdown, all in the first half. His score came on a 30 yard run, 17 seconds into the second quarter. Saints Head Coach Rick Keeley stated, “Gundersen isn’t a speed guy, but he’s a smart kid and knows to wait and hit the holes when they open”.

Berks Catholic quarterback, Brad Hoffman, had a great game under center. He completed 6 of 9 passes for 119 yards and 2 touchdowns, both to Christian Cacchione who caught 4 balls for 110 yards. The touchdown connections were beautiful corner fade routes where Hoffman laid the ball out and Cacchione ran under them. The first was from 20 yards out and the second was from 41 yards. Hoffman said, “Cash and I got that automatic connection from day 1”. Keeley added, “I didn’t realize Cacchione had that gear to go get those balls”.

Boyertown got second half touchdowns from Jamie Moccia and Joey Dulin.

Keeley ended by saying, “This was a good system win for us. It shows the kids coming up through the system that when needed, they will get their turn to play”.

The Saints equaled their record at 2-2 and host Malvern Prep next Friday at the Forino Sports Complex. 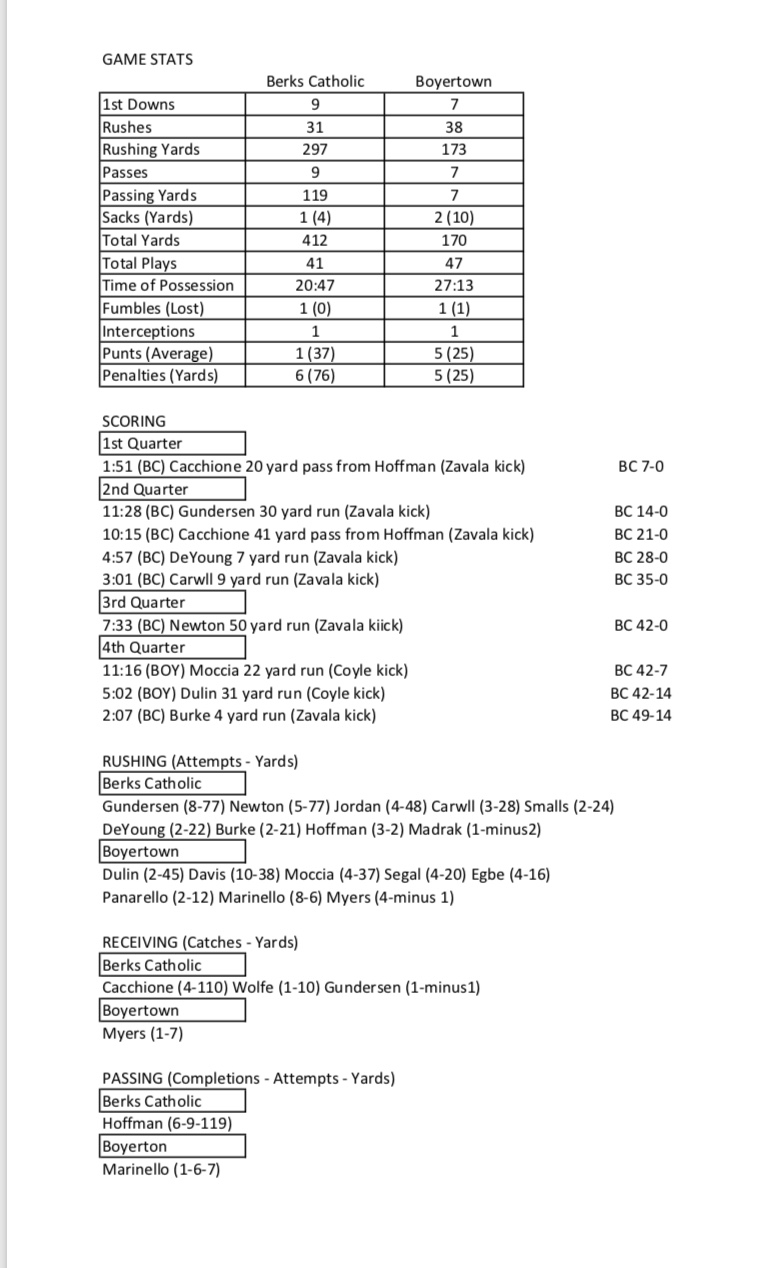