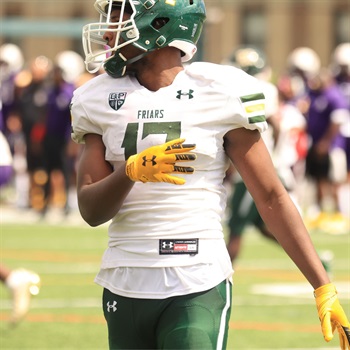 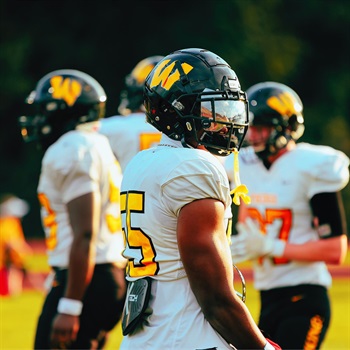 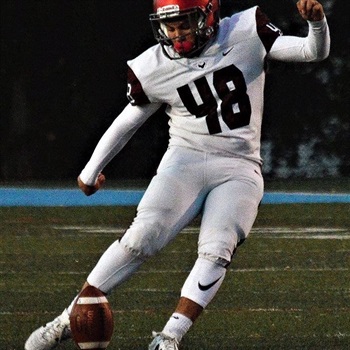 Yes, the title of this honor is Offensive Player of the Week, but Washington had his paws all over each phase of football in the Friars’ dramatic, 12-7, win over Roman Friday afternoon. With 37 seconds left in the game, Washington hauled in a 9-yard, third-down pass from QB Shane Mulholland for the game-clinching score. It was Washington’s second receiving touchdown in the game, as he snagged a 13-yard pass in the opening quarter. For the game, he finished with 5 catches for 51 yards. Washington also blocked a punt and led the Friars’ defense with 8 tackles (sack, 2 TFLs) to complete his strong all-around performance.

-Whitaker was prominent on a disruptive Wood defensive line early, thus allowing the Vikings to front-run from the outset in a workmanlike, 28-6, victory over the Saints of Neumann-Goretti. Whitaker notched 2.5 sacks that accumulated 24 yards in losses. His play helped guide a Wood defense that only allowed 107 yards of offense, including a minus-15 on the ground.

Special Teams Player of the Week

-Well, Mr. Chadha certainly didn’t waste any time rounding into midseason form. The impressive Hawks’ kicker was 4-for-4 on PATs, nailed a 29-yard FG (16th of his career), and launched six kickoffs into the end zone. Chadha now has a whopping 78 touchbacks for his career. The march to 100 is on! Oh, yea, he is now handling the punting duties and he was no slouch here with five kicks going for a 34.0-yard average.