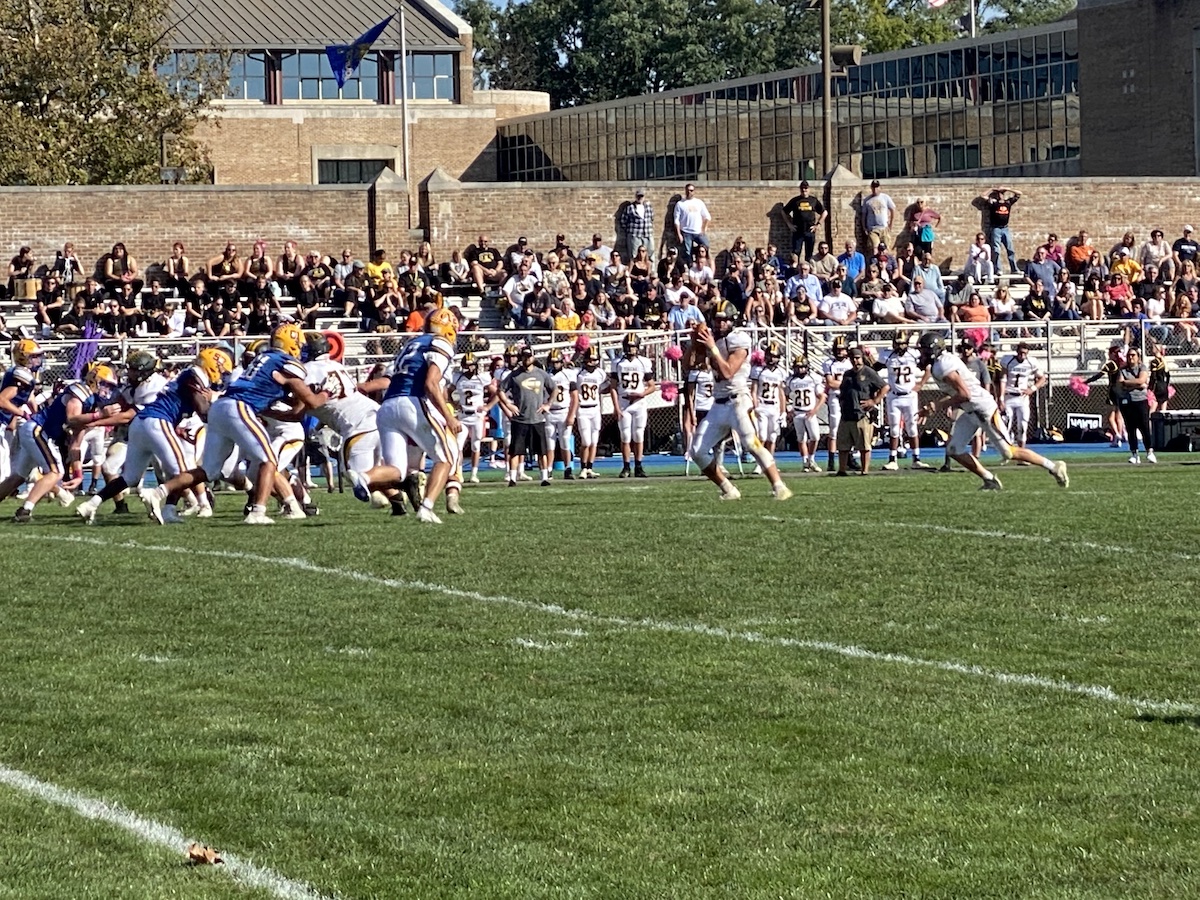 The Tigers rolled up more than 400 total yards of offense and found the end zone five times before halftime en route to a 42-6 win over Wilson Area (5-1).

One reason for success today was the Tiger’s offensive line. They were led by Ben Walters, Ben Dunstan, Colin Meyers, Cam Shields, and Josiah Gornicz.

“When you look at our offensive line, we had two returning starters and only one senior. Dave Kerschner is doing a fantastic job with our line,” said Josh Snyder.

The result was Holmes leading the ground attack. Holmes, rushed for 205 yards He added 64 passing and four total touchdowns in the game.

“Holmes is so steady, calm and cool,” said Snyder. “Our line did a great job today opening up holes for Justin. Once he gets in the secondary he is a mismatch for almost anybody.”

Northwestern Lehigh’s Dalton Clymer got the first score of the game. He went in from five yards out and Luke Benvin’s extra point made it 7-0 Tigers with 1:03 remaining in the first quarter.

In the second quarter, Holmes scored three times on runs of 38, 69 and 17 yards. Clymer added his second touchdown of the game from five yards out. At halftime, the Tigers led 35-0.

Wilson got on the board in the third quarter. Quarterback Camden Stem went in from one yard out. This was the only blemish on the Tigers’ defense. Their defense held the Warriors high powered offense to 160 net yards.

“Hats off goes to our defensive staff, Greg Mitchell, Josh Zimmerman, and Ryan Hulmes,” said Snyder. “We were able to get a lot of pressure on them and we played very physical on defense.”

Next weekend, Northwestern Lehigh is home against Blue Mountain. Wilson Area travels to Pottsville to take on the Crimson Tide.