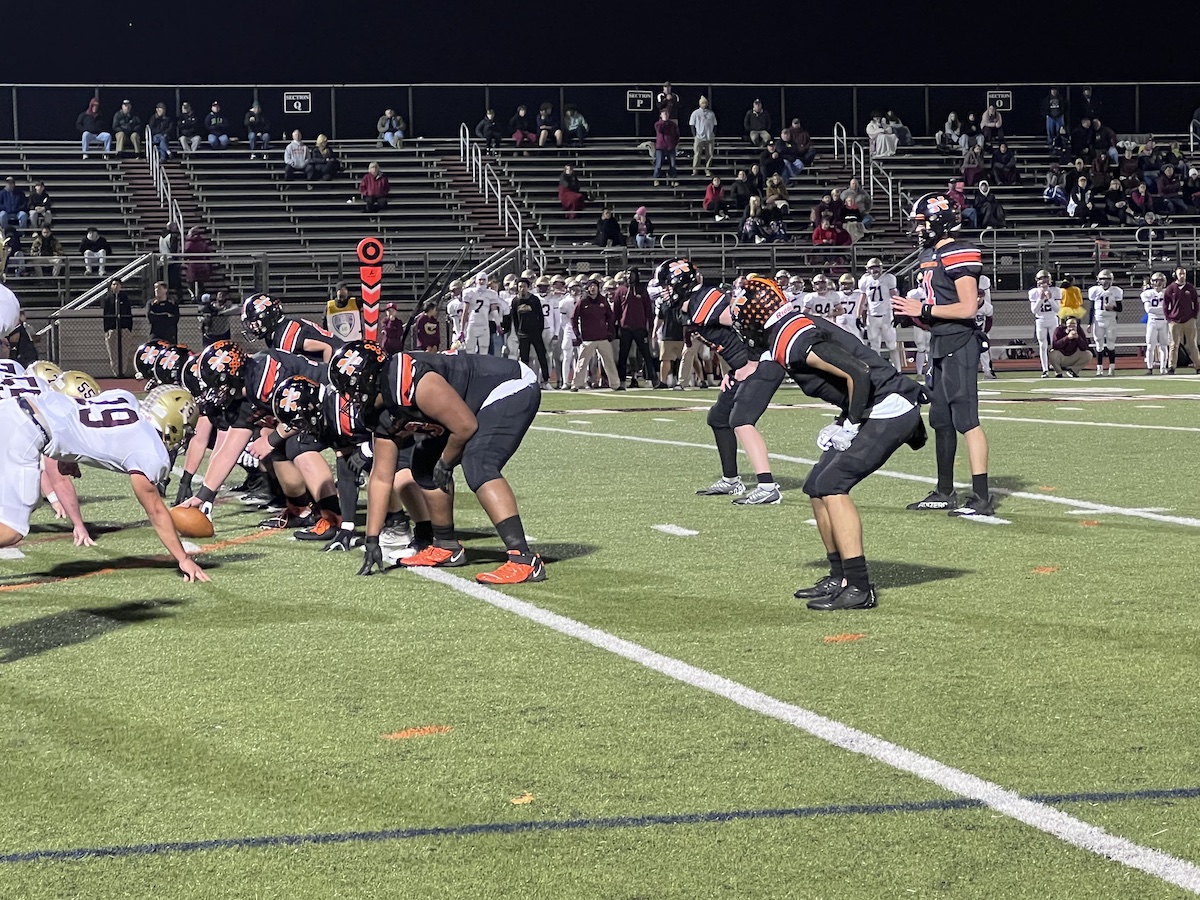 “We are going to cherish this one tonight,” said Head Football Coach John Toman. “Back-to-Back undefeated season. I couldn’t be any prouder of our coaches and players. It’s a special group.”

Going into the game Northampton’s running back Caden Henritzy needed 69 yards to reach 1,000 yards for the season. He rushed for 167 yards and four touchdowns to go over 1,000 yards rushing.

“I give credit to my offensive line tonight,” said Henritzy. “They cleared up holes on the offensive side of the ball. We were able to run the ball well tonight.”

After a long drive by Whitehall that came up empty, the K-Kids had a long drive of their own, capped by a nine-yard touchdown run by Henritzy. The 75 yard, 16-play drive gave Northampton a 7-0 lead with 8:46 left in the first half.

Northampton added another score before halftime. Quarterback Antonio Russo hit a wide open Jaelen Richardson for a 53-yard touchdown pass. Aaron Gutkowski’s kick is good and it was 14-0 Northampton. But Northampton did not stop there. Mike Coleman intercepted a Trey Dogmanits pass and the K-Kids took over on downs with 1:25 left in the second quarter, making the score 14-0 at the half.

“That was a big play right before halftime stopping them,” said Toman. “Now we are getting the ball to start the second half.”

The K-Kids opened the second half with another score. Henritzy caught a 36-yard pass from Russo setting up the score. A vicious block by Colby Reph freed up Henritzy for the seven-yard touchdown run.

On the kickoff, Whitehall fumbled the ball and Northampton recovered the ball on Whitehall’s 24. It took one play to, guess who? Henritzy went 24 yards for the score. It was 28-0 K-Kids.

Northampton’s defense got two interceptions on back-to-back drives by Whitehall. Tristin Pinnock and Jaelen Richardson got picks for the K-Kids.

Whitehall was able to withstand the two turnovers. The Zephyrs Nigel Linton broke free for a 49-yard touchdown run. Andrew Deutsch’s kick was good, and Northampton led 28-7 with 10:52 left in the game.

Northampton scored two rushing touchdowns to close out their perfect season. Henritzy got his fourth touchdown of the night. This time from 19-yards out and Tristen Pennock finished the night with a five-yard touchdown run.

With the win, Northampton likely will host a Class 6A 2-4-11 sub-regional game next weekend. Whitehall was second in the 5A standings going into last night’s game.