Pair of Friars Too Much for Saints 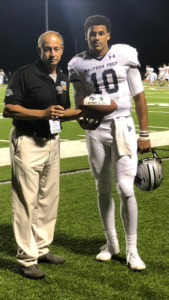 Prior to Friday night’s home game against Malvern Prep, Berks Catholic Head Coach, Rick Keeley said, “They are the best 0-3 team that I’ve ever seen”.  After the Friars gained 480 yards and beat the Saints 42-7, Keeley jokingly said, “That’s the best 1-3 team I’ve ever seen”.

Malvern’s quarterback, Clemson commit Lonnie White Jr ran for 201 yards including two long touchdown runs of 47 and 88 yards. He also threw for 127 yards and three touchdowns. Steven Rose, Friar running back, ran for 115 yards capped off by a 32 yard score.

Berks Catholic got within 21-7 shortly before halftime when CJ Carwll scored from one yard out, but the Saints weren’t able to find any offensive rhythm in the second half.

Malvern improves to 1-3 (losses to McDonogh School, LaSalle College, and Imhotep) and faces Archbishop Spalding next week.  Berks Catholic falls to 2-3, and opens Berks II play next week at Hamburg. 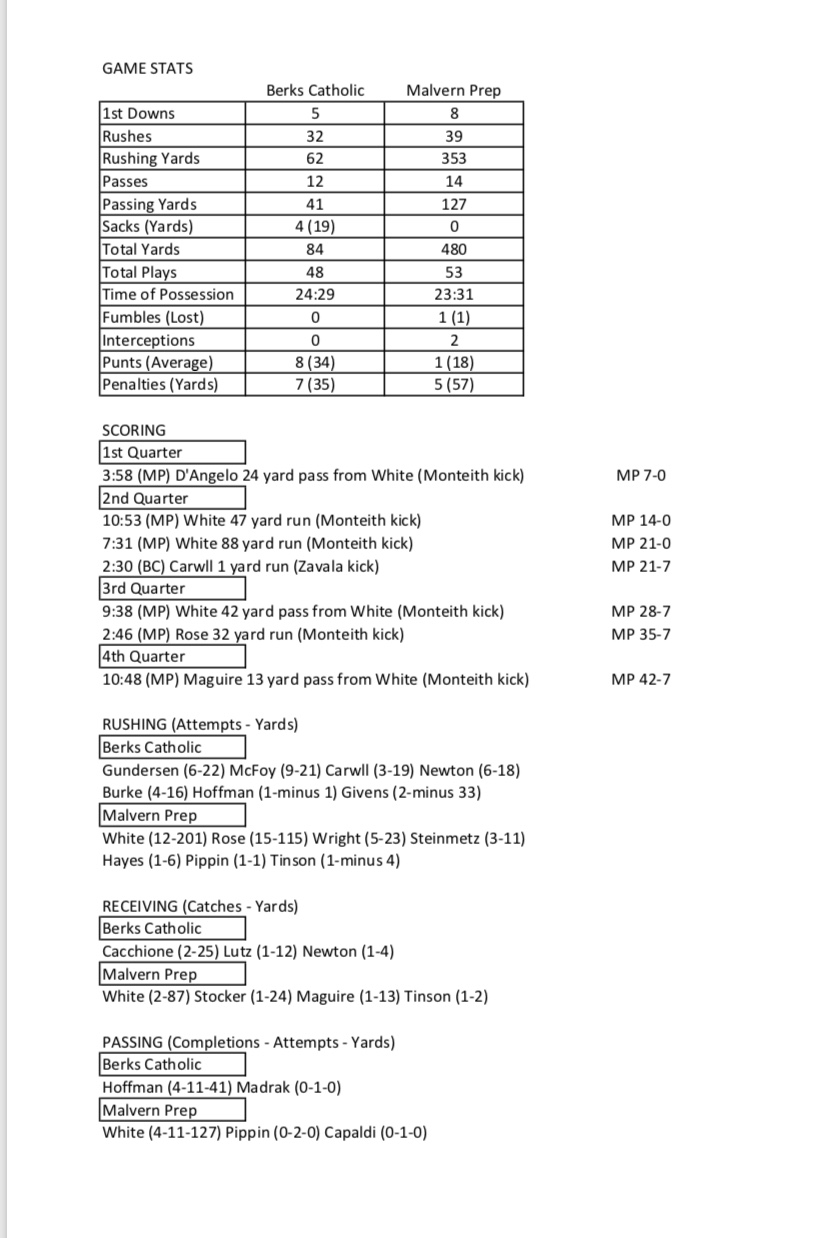