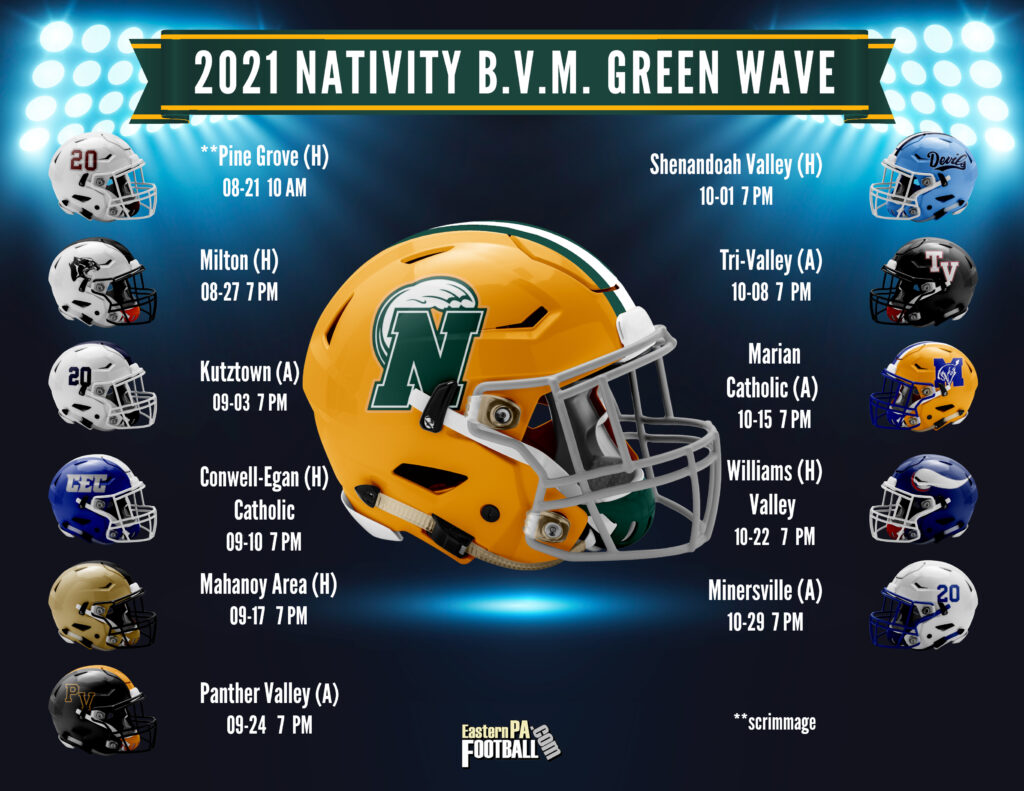 Cody Miller completed 63 of 129 passes for 1,106 yards and 12 touchdowns. He rushed for 359 yards and eight touchdowns. On defense, he had 14 total tackles and three interceptions.

Stephan Spolski rushed for 230 yards and five touchdowns. On defense, he had 38 total tackles and three tackles for loss.

Julius Walborn caught five passes for 56 yards and one touchdown. On defense, he had 13 total tackles and five interceptions.

Fletcher Eades had 45 total tackles and one tackle for loss.

2021 Offensive Outlook: Cody Miller will return for his third year as the starting quarterback. Cody is coming off of 2 consecutive 1000 yard seasons and has the capability of making big plays running the ball. Our biggest challenge is going to be replacing our leading rusher, Jacob Hoffman, and our leading receiver Keegan Brennan. I

will be looking to Stephan Spolski, RB, and Julius Walborn, WR, to step up and fill those positions. We return our entire offensive line so establishing the run game will be the key to our success offensively.

2021 Defensive Outlook: Defensively we will switch back to a base 3-4 look. We will have to replace our leading tackler, TJ Wagner, and our entire defensive line. The strength of our defense will be our depth in the secondary. Jack Miller, Stephan Spolski, and Fletcher Eades return at linebacker, and Julius Walborn and Cody Miller return at DB.

The key to having a successful year defensively will be stopping the run. Finding replacements on the defensive line will be our number one concern during summer camp.

2021 Special Teams Outlook: We return Cody Miller to handle our kicking duties. We will have to find a long snapper to replace TJ Wagner.