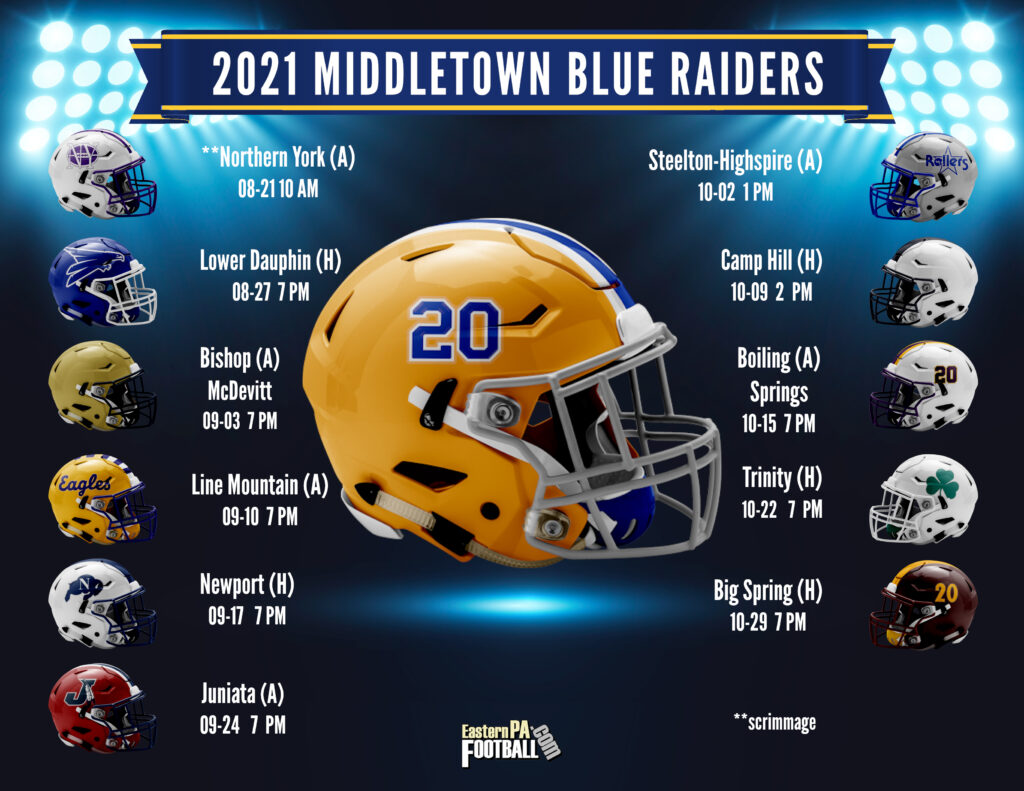 2021 Offensive Outlook: The Raiders return a committee of Running Backs with Davis, Bryant, and Spears seeing the bulk of the action. Expect Junior Bamm Appleby to take over the reins under center and use his athleticism to help key the Raider offense. Expect power 5 talent, Tajae Broadie to see playing time at many positions including Fullback, Tight End, and Wide Receiver. We must have great balance and get our playmakers the ball in space. Speedy Audric Bryant will play everywhere while Tate Leach, Arkel Batts, and a host of others will handle the receiving duties. Asa Kochvar will provide a big target and run blocking help at Tight End. OL play will be crucial to give Appleby the time and rhythm to be successful as the signal-caller. Consistency!

2021 Defensive Outlook: Broadie will flip around and be the anchor at Defensive End for the Raider Defense. He will be alongside DT Marquis Beasley and opposite Kochvar at the other DE spot. Look for returning Inside Linebacker Jayson Stoner to be the glue of the back seven. Expect Brandyn Davis to move inside and Tito Spears to play the other LB position. The Raiders have many viable candidates in the secondary, most notably returning starter Audric Bryant. Leach, Batts, Mckinney, and Rodriguez will fill in the other DB spots.

2021 Special Teams Outlook: Nolan Sessa will take over PK and Punting duties for the special teams’ units. He will also handle kick-off responsibilities. Nolan has had a great off-season working at his craft and will be a huge part of our success this fall.