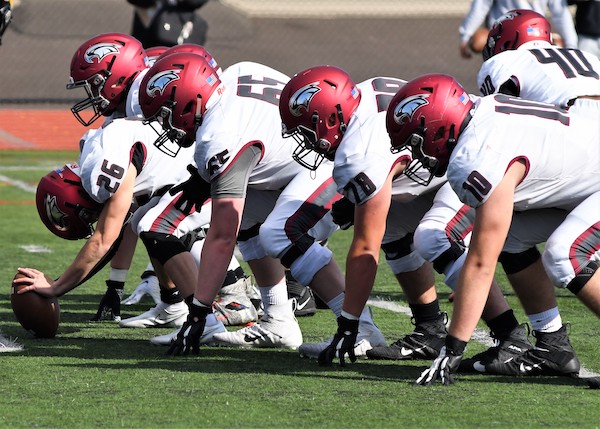 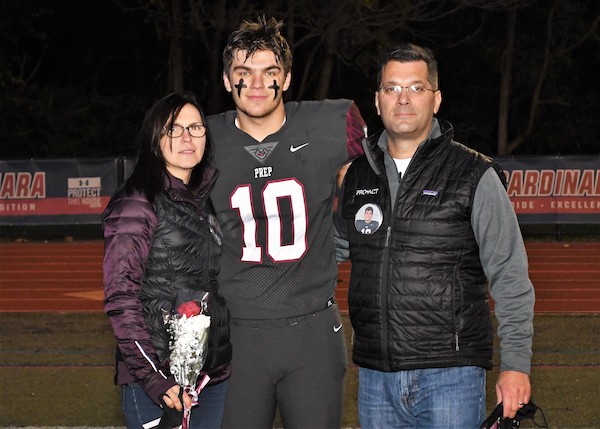 Nick Yagodich may have the nastiest job on a football field. The 6-foot-4, 240-pound St. Joseph’s Prep senior is the demolition man. Whatever is front of him, the Hawks’ defensive tackle is assigned to blow it up in Prep’s multiple-look front.

So far this season, Yagodich has five sacks, but he does far more than rush the quarterback. His job really is causing chaos, creating piles on running plays and bending pockets back on passes. Yagodich is a human meat grinder with a mind. His 3.9 GPA and 1,420 SAT score has landed him at Harvard, where he’ll continue to play and major in computer science.

In Prep’s 52-6 victory over Archbishop Wood on Saturday, Yagodich had a 1½ sacks in propelling the Hawks to a berth in the PIAA 6A state semifinals, where they will meet the District 1 6A champion the weekend of Nov. 20.

Against Wood, Yagodich did his usual thing, exploding everything in front of him.

“He’s our war daddy up there at the three technique,” Hawks’ coach Tim Roken said of Yagodich. “Nick is a great kid who had a great year last year. He faces constant double-teams, and he really is an anchor for our defense. He’s an unselfish young man who focuses on his job, and with that, his sacrifices allow everyone else on the field to run loose and make tackles.

“Nick played some defensive end for us last year, and he’s a very athletic kid who is very fast off the ball and can run down the quarterback. The other thing about Nick is that he’s probably the smartest player on our team. Nick is a very bright young man, and there is a reason why he wears our No. 10—the heart and soul of our defense.”

“It’s why it means so much to play this season, with the COVID-19 going on, and none of us knew whether or not we would play, so the most important thing for me was the new guys would be provided the same senior leadership as past Prep teams,” said Yagodich, a two-year starter who’s played varsity the last three years. “Legacy and tradition is important here at Prep. There are expectations, and being with the guys and being at practice and building towards the future means a lot to me.

“It’s about being brought up in the program and have seniors being that older-brother figure there for the younger guys. I didn’t want that legacy part of Prep football dying. That comes with being at practice and being able to lead every day, and that really makes me happy.”

As far as his position on the field as the great disruptor, the one on the field absorbing more contact than anyone, “I love doing it, because it’s something that I’ve always done,” Yagodich said. “I like getting physical, and it goes with our team’s man motto, which is ‘Trust and love.’ I have to do it, so someone else can make a play.” 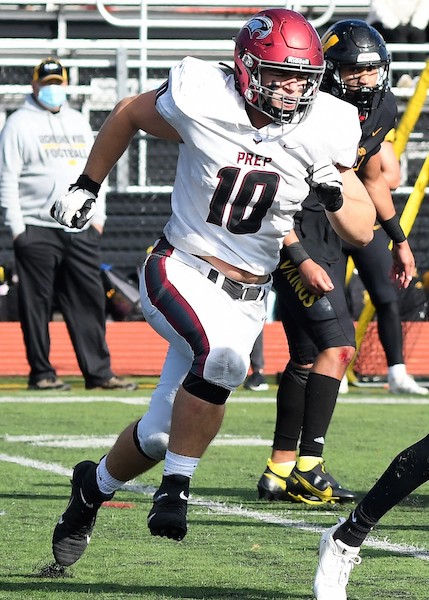 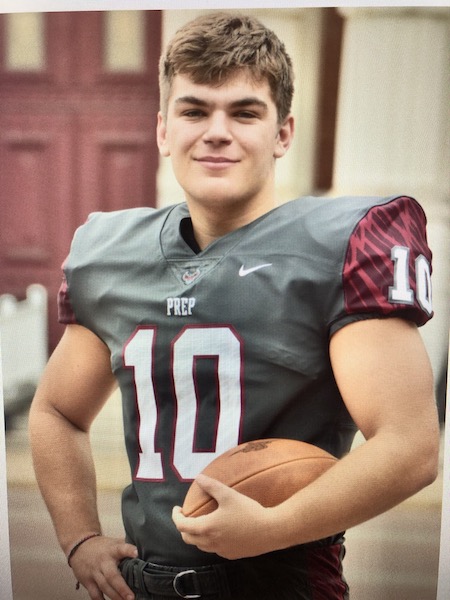