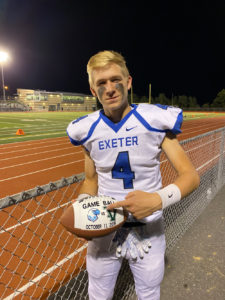 Exeter junior quarterback, Gavin McCusker, threw a touchdown pass and ran for two more scores to lead the Eagles to an easy 45-7 victory over the Twin Valley Raiders on Friday night.

The Eagles scored on their first six possessions and built a 38-0 third quarter lead, to enforce the running clock rule. Ty Yocum opened the scoring in the first quarter by ending a seven play, 51-yard drive with a two yard run. Alex Javier scored on Exeter’s second possession when he ran from 18 yards out. That was the final play of a three play, 54-yard drive. McCusker ran for an 11-yard touchdown on the first play of the second quarter. That capped a six play, 87-yard drive. The Eagles got a 31-yard field goal from Sean Henry on their 4th possession. With only one minute and nine seconds remaining in the first half, McCusker and Devon Scott connected on a 40-yard catch and run to give Exeter a 31-0 lead at the intermission.

The Eagles needed only 55 seconds of the third quarter to score again. McCusker finished the drive with a 29-yard run. Twin Valley got on the board when Dominic Caruso ended a 6-play, 73-yard drive by scoring from 39 yards out. Exeter ended the scoring with a 7-yard pass from Colin Payne to Joey Schlaffer.

McCusker finished the game 5 of 8 for 123 yards through the air. He also ran the ball three times for 55 yards. The Eagles gained more than 450 yards of total offense, most of that coming in the first half.

With the win, Exeter improves to 4-0 in Berks I and 6-2 overall, and sets up next week’s showdown with Governor Mifflin, who is also 4-0 in the division.

McCusker said, “We have been waiting for this game for a while now. We know that this is basically the county championship for us and it’s about time. We can’t wait for next week. Nothing else matters to us right now than getting a win next Friday night.” 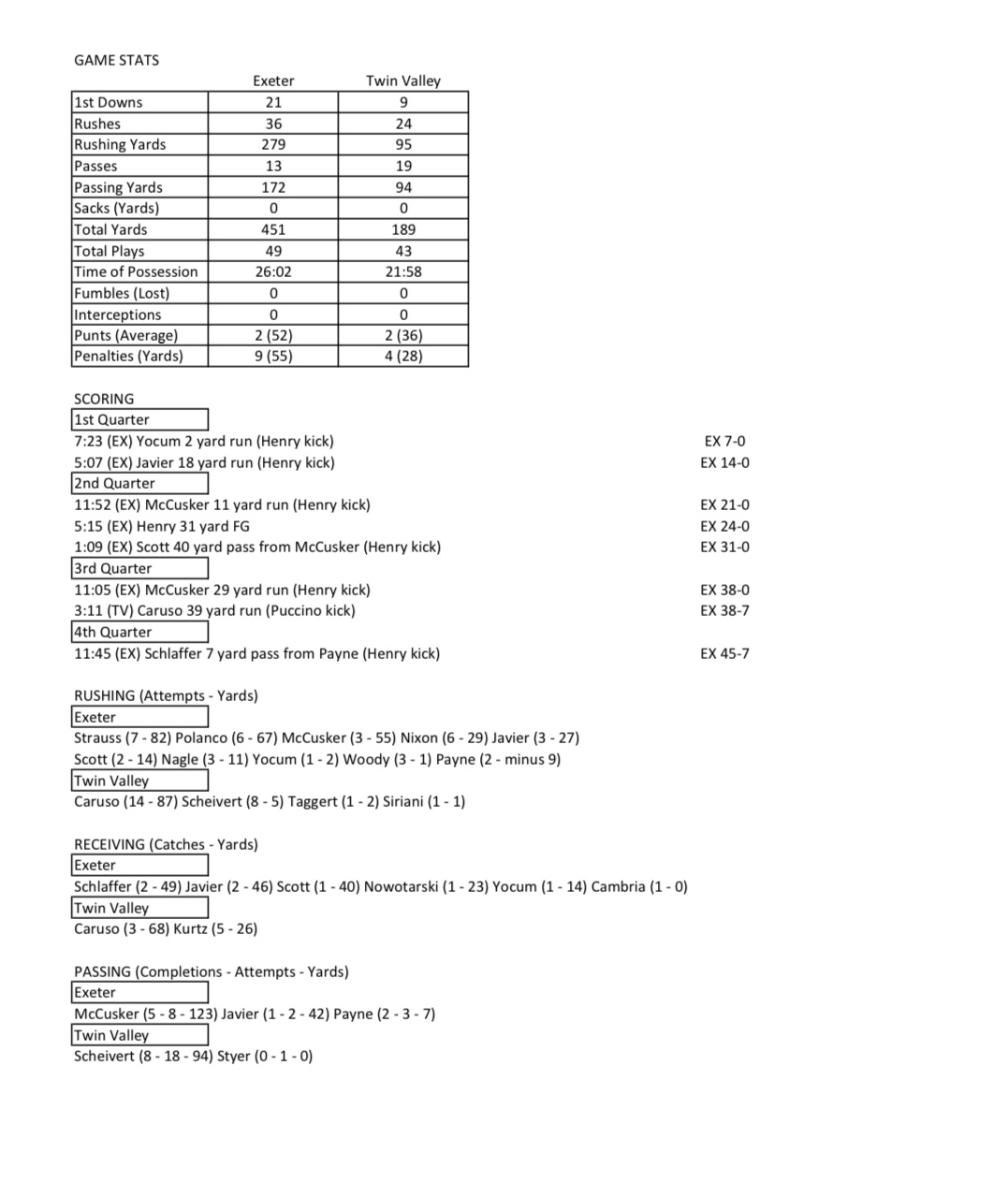