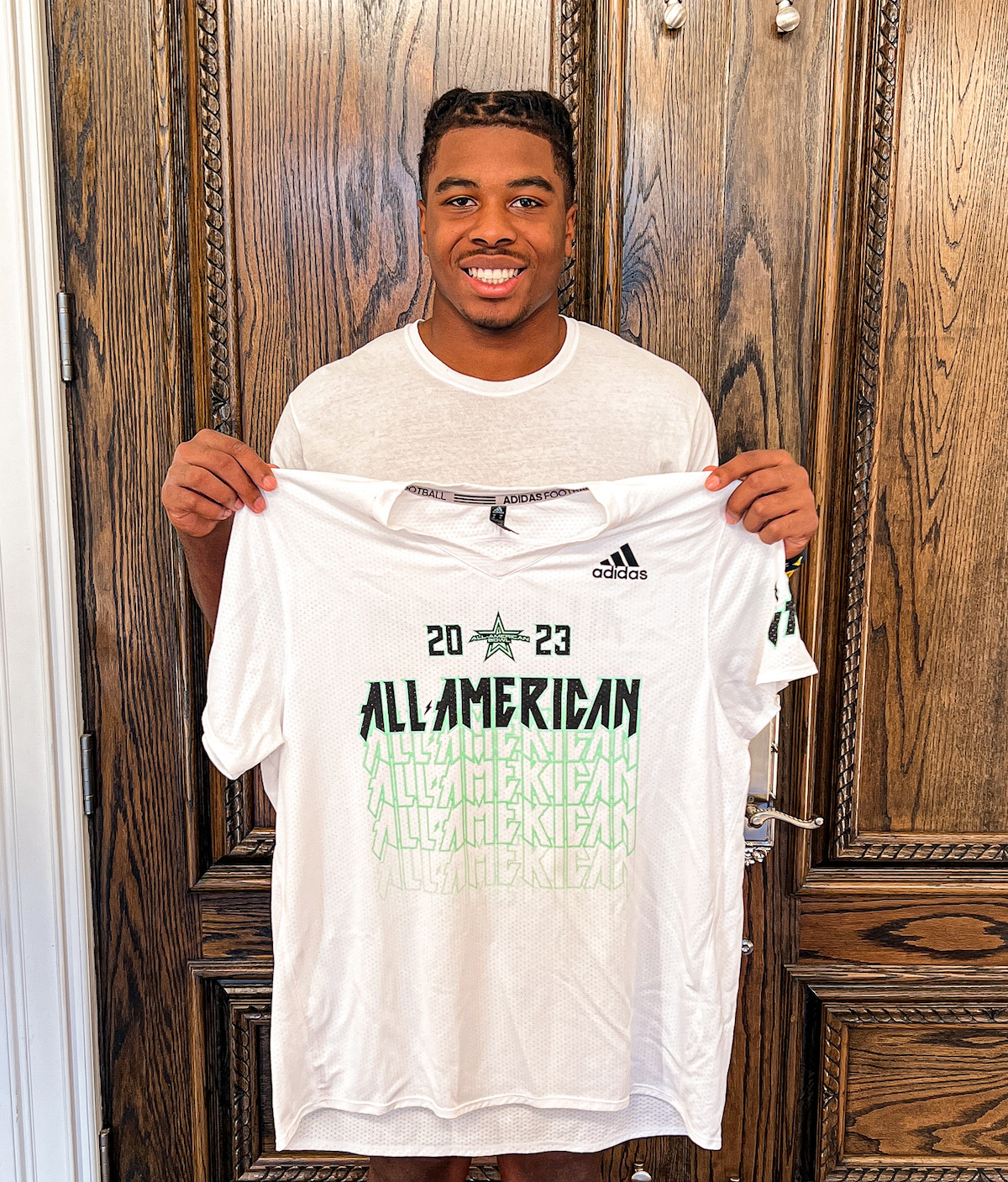 STAMFORD, Conn. – September 21, 2022 – Linebacker Josiah Trotter (Philadelphia, Pennsylvania/ St. Joseph’s Preparatory School), the West Virginia University commit, was officially honored today as a 2023 All-American during a virtual jersey presentation as part of the fourth week of the Road to the Dome digital series.

Having been selected to play in the twenty-third edition of the All-American Bowl, Trotter will play in the annual East vs. West matchup inside the Alamodome in San Antonio, Texas. The Bowl will be nationally televised, live on NBC and Peacock, and will feature the nation’s top 100 high school football players.

The Road to the Dome tour will continue to honor all 100 All-Americans with virtual jersey presentations during a 16-week series that is released through various digital and social platforms across NBC Sports.

As an NBC Sports-owned property, the All-American Bowl is part of a marquee lineup of elite events that include the Olympics, the Premier League, and the number one primetime show since 2011: Sunday Night Football. The All-American Bowl is annually the most-watched, most-talked-about, and most-prestigious high school all-star event with more than 4,100,000 unique television viewers and over 20,000 in attendance. The history and tradition of the All-American Bowl are unparalleled: 533 draft picks; 86 Super Bowl champions; 193 Pro Bowl selections; 16 Heisman finalists including, but not limited to: Odell Beckham Jr., Christian McCaffrey, Tim Tebow, Derrick Henry, DeVonta Smith, and Trevor Lawrence. For more information, visit NBCSports.com/AllAmericanBowl, or follow us on Facebook, Twitter, and Instagram (@AABonNBC).