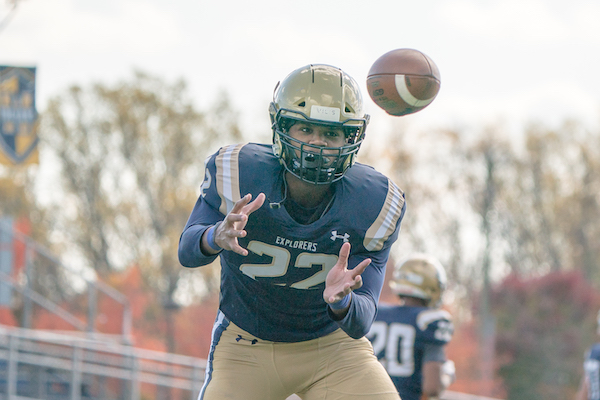 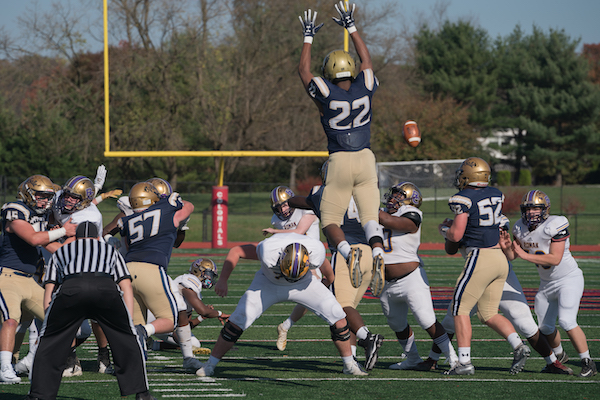 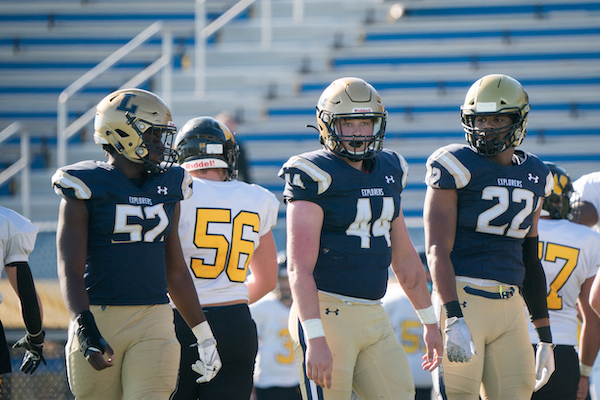 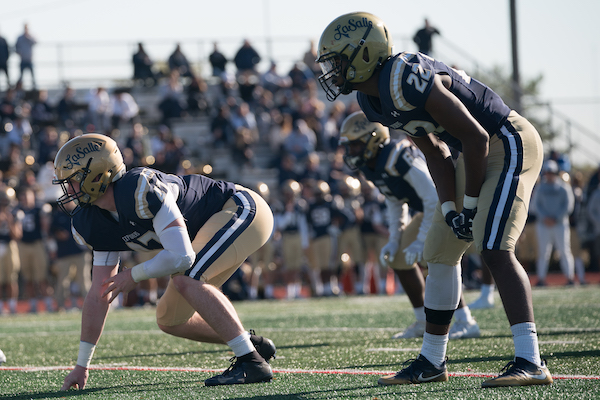 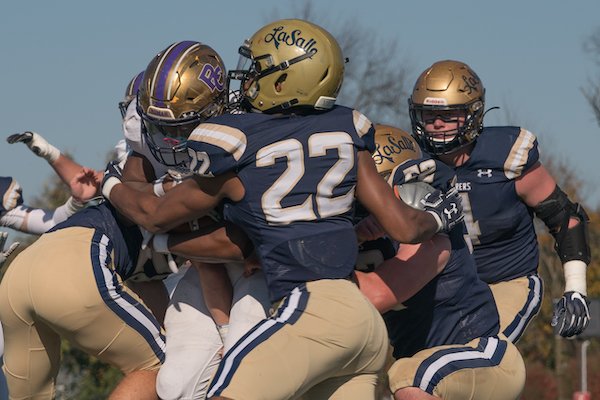 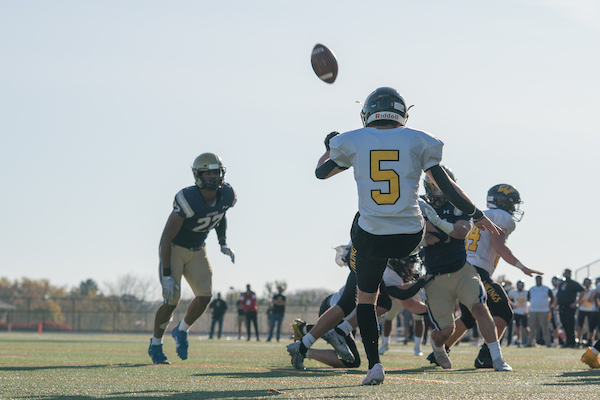 Almost every time he touched the ball, Abdul Carter scored. It can be a little intoxicating being an unstoppable grade-school running back. Then, Carter entered La Salle College High School and a whole new world sprouted.

Adjustments had to come quickly. He had no choice, though as he was moved around, he grew to like what he was doing. He went from being a running back and safety in grade school to moving to linebacker as a freshman.

If Carter doesn’t overpower you, he will blow by you. He possesses that rare blend of being able to pressure the quarterback and can cover out in space.

He finds himself as one of the most imposing—if not the most imposing—defenders in Southeast Pennsylvania, along with the Imhotep defensive bookends Enai White and Keon Wylie, and Neuman-Goretti’s Rutgers-bound linebacker Anthony Johnson.

A three-year starter for the Explorers, Carter has narrowed down his top three schools to be Old Miss, South Carolina, and Penn State.

His ability to adapt and adjust were huge keys to his growth.

“I had picked up a lot of stuff moving to linebacker, like how to read the tackles, learning how to play the position and read the running backs and quarterback,” said Carter, who carries a 3.0 GPA at academically demanding La Salle. “I love playing the position. I’m being projected to play outside linebacker in college, like a WILL linebacker, but we’ll see. I would say I began feeling comfortable with the position pretty quickly.

“I still think I have more room to grow. I like playing defense, but I’ll probably go both ways senior year. I had the ball a lot in grade school, though you can still make an impact on defense and make plays. Besides, you last longer playing defense.”

Carter said Ohio State may be joining his list of Ole Miss, South Carolina, and Penn State. Carter went to an Ohio State camp, and he did exceptionally well. He said he may make his college choice before his senior season begins.

Carter is going to be able to go to any school he wants to, so that box can be checked off. What gnaws at him, and the rest of his La Salle senior teammates is the fact that the Explorers have not beaten their nemesis, national powerhouse St. Joe’s Prep, in the three previous years they’ve played.

Maybe this year, with the return of Carter and Rutgers-bound power back Sam Brown, that trend changes.

“It is a big goal to beat Prep and we have a lot back on offense and defense,” Carter said. “I would say that’s my main priority, beating Prep. We have the talent to do some things this year.”

With NFL linebacker size already, Carter appears to have a good future ahead.

“I dream sometimes of being in the NFL, and I actually had a dream I was drafted a few years ago that I was the No. 13th pick by the (New York) Giants (who is coached by Philadelphia area’s Joe Judge and went to Old Miss),” Carter said. “But my focus right now is beating Prep, winning the Catholic League, and winning a state title before I graduate.”