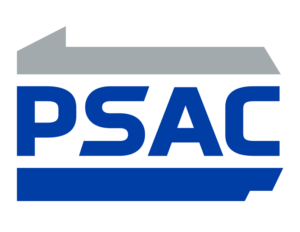 LOCK HAVEN — Although there is still a ton of baseball to be played, college football, PSAC style, was the name of the game Monday afternoon at Lock Haven University.

For the first time in a long time, the Pennsylvania State Athletic Conference held its 2019 edition of football media day involving all 16 teams at the Durrwachter Alumni Conference Center on the LHU campus.

Two of the highlights during the afternoon were the presentation of the PSAC Heaslip Media Award as well as the PSAC pre-season polls in the respective eastern and western divisions of the conference.

Gary Smith, the Director of TV Operations at California (PA) University was the 2019 recipient of the Heaslip Award

The choice for top honors in the PSAC-EAST was West Chester followed by Shepherd University, a newcomer to the PSAC. Kutztown headed up the final six, the Golden Bears followed by Shippensburg, Bloomsburg, East Stroudsburg, Millersville and Lock Haven.

Although the Bald Eagles are picked to finish last, the didn’t bother LHU head coach Dave Taynor because he knows that you still have to strap them up and get after it when the season begins.

“I am looking forward to the start of the season,” said Taynor. “We have some proven returning leaders who we expect some real good things from. We lost Kyke Knight (starting quarterback) to a season-ending injury in the first game last year. He is back and healthy and along with the improvement that Ethan Persa made, we will have two quarterbacks, both of who can become high level performers. We also return all-conference receiver Bryan Greene (BEA) along with running back Chantz Swartz and All-America Jalen Jackson (Williamsport) so offensively we return some proven skilled players on the offensive side of the football. We are going to be a little unproven up front, but those guys are the ones I thought jelled the most in the off-season and during the summer.”

And then there are the “new guys on the block”, the recruits.

“I am very excited about our incoming class,” said Taynor. “I think they are going to fill a lot of necessary needs for us. We also have a number of incoming transfers and they should add to our depth at several positions.”

Expected to lead the Bald Eagles on and off the field is former Williamsport High School standout Jalen Jackson who is coming off an outstanding All-American season in 2018.

One of the most dynamic receivers in Division II football, Jackson led all players at his position in touchdown catches. For the season he hauled in 44 balls good for 537 yards while averaging nearly 50 (48.8 ypg) yards per game. In a thrilling season-ending win over Gannon, Jackson led the way with three touchdown receptions. All of this came on the heels of an outstanding freshman season that saw him haul in 26 balls for 332 yards.

“The most important thing about Jalen Jackson is that he does it the right way from the character standpoint,” said Taynor. “The character of our players is their ability to constantly progress and he (Jackson) is a leader in that department. He came in as a freshman and by the time we got to the middle of the year, he earned the starting position over a guy who was an all-Region player the year before. He was able to do that due to his work ethic and his attention to detail and preparation and that not only carries over on the field, but in the classroom as well. He carries a 3.5-plus GPA, he works on campus and he is a very humble young man who is highly respected.”

Joining Jackson on offense for LHU will be former BEA standout wide receiver Bryan Greene. Greene did just about everything for the Bald Eagles with 41 catches for 578 yards and three touchdowns He also gave LHU a speedy threat as well as a very capable downfield blocker.

On defense, another area player, Alex Welch of Hughesville, returns as LHU’s

top defensive player. Welch, a redshirt-junior, is one of three talented Bald Eagle linebackers, He was credited with 69 tackles (30 solo shots). Included his totals were 5.5 tackles for loss, 1 QB sack, 3 pass breakups and three forced fumbles.

Another familiar name around conference circles returning for another season is former Montoursville standout Brycen Mussina, a redshirt sophomore, who comes off an outstanding freshman campaign.

He was the only conference quarterback to eclipse both 3,000 passing yards and 30 touchdowns last season. Both marks rank Mussina third in Ship history.

“The first thing about Brycen is that he is a very smart young man,” said Shippensburg head coach, Mark “Mac” Maciejewski. “He has a lot of talent and he picked up our offense rather quickly. He had to learn three offenses in his first three semesters at Shippensburg because of coaching changes and things like that. He has the skills and leadership qualities and his teammates really like him. They rally around him. He is going to get better, he has to get better and he knows that. We are really excited about him and his future in our program.”

In the PSAC-West pre-season polls, Slippery Rock was on top of the heap followed by California (PA), IUP, Mercyhurst, Edinboro, Gannon, Clarion and Seton Hill.