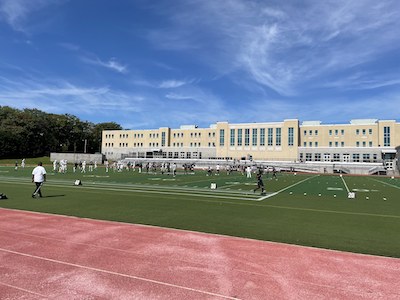 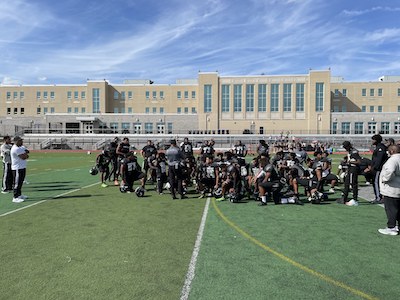 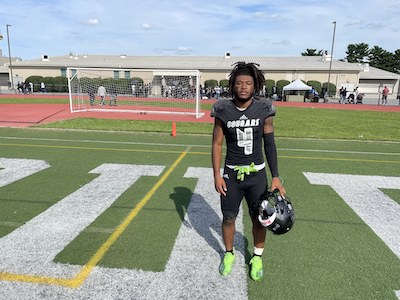 Harrisburg’s Kyle Williams is a name to watch out for.

The 6-foot, 175-pound junior can do it all offensively as a wide receiver and running back and also plays in the Cougars’ secondary on defense.

“It really comes naturally,” Williams said of his versatility. “I work on all skills, not just one position. Once everything comes together, results come.”

That happened Saturday afternoon as Williams rushed for 159 yards and a score and had 101 receiving yards with a touchdown reception in Harrisburg’s 34-14 victory over Carlisle in a Mid-Penn Commonwealth tilt at Severance Field.

“We just put it in the past and made sure we knew what we could do,” Williams said. “Clear our minds and come back to work. We knew this week was going to be all work. Just play Cougar football.”

The Thundering Herd (0-2, 3-2) started the game with a drive that got into the red zone, but a fumble was lost to Harrisburg for a bit of foreshadowing of how the game would go.

Williams caught a 10-yard touchdown pass from Zakii Lewis with 30 seconds left in the first quarter to put the Cougars up 7-0. The duo also connected for a 42-yard gain earlier in the quarter.

Carlisle made it a game when Jeremiah Hargrove forced a fumble on a sack of Lewis and Thomas Nelson returned it five yards for a touchdown to make it 13-7 toward the end of the half.

That’s the closest the Thundering Herd would get.

The Cougars controlled the clock in the third quarter and Mahkai Hopkins’ 3-yard touchdown run capped a 15-play, 75-yard drive that chewed the majority of the quarter.

Anthony Day picked off a pass from Louis Shank and returned it 42 yards for a score and the Cougars’ went up 27-7 with :25 left in the third.

Lewis hit Justin Cook for a 12-yard touchdown with 9:40 left in the game. A 30-yard dash by Williams sparked the drive.

“I just want to do what I can do not just for myself but for the team to get a win,” Williams said. “Whatever I can do to contribute to getting the win is what I do.”

Hopkins finished with 54 yards on 18 carries and a touchdown; Lewis went 14 for 21 with 147 passing yards, two touchdowns and an interception.

Both teams will again have league games next week as Harrisburg travels to face Altoona and Carlisle hosts Chambersburg.

“We want to win the Commonwealth,” Williams said. “That’s our goal. I want to go undefeated in the division.”

Williams and the Cougars are off to a good start.