It was a historic run for the Ironman in 2020. They won their first state playoff game against Archbishop Carroll. They finished the season 9-2 for first-year head coach Mike Brennan.

One of the biggest reasons? K.J. Riley

Riley completed 150 of 241 passes. He threw for 2,415 yards with 32 touchdowns and nine interceptions. He also led the Ironmen with 354 rushing yards and nine touchdowns. 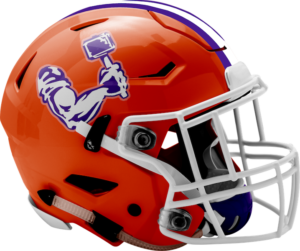