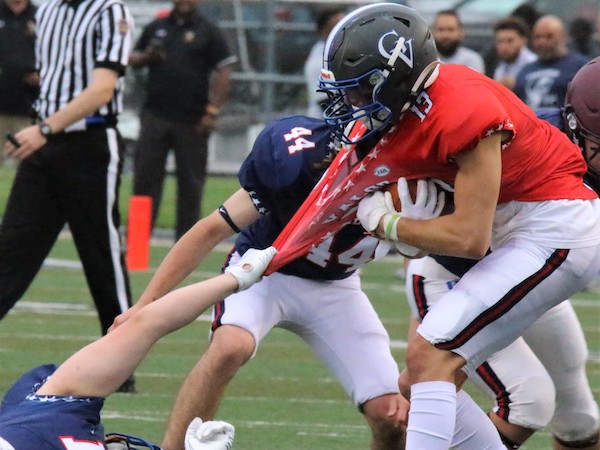 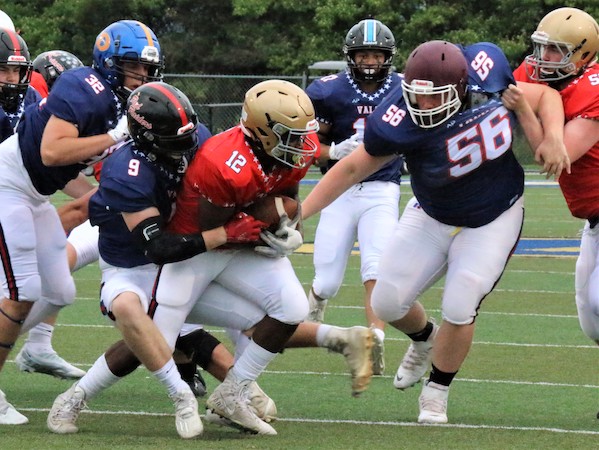 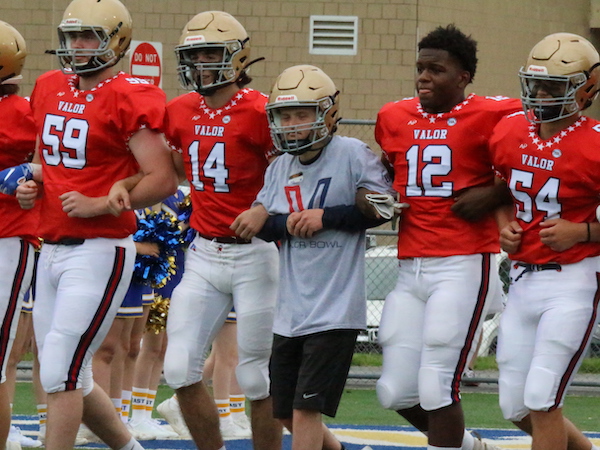 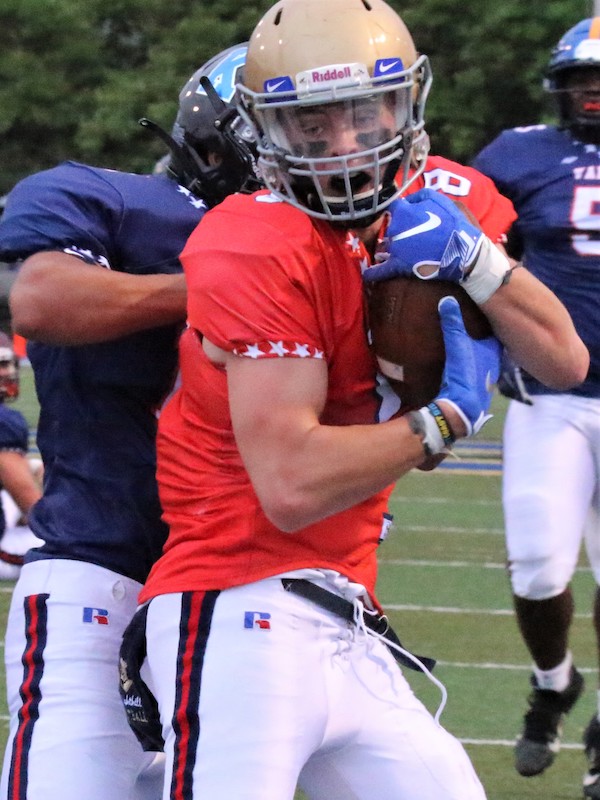 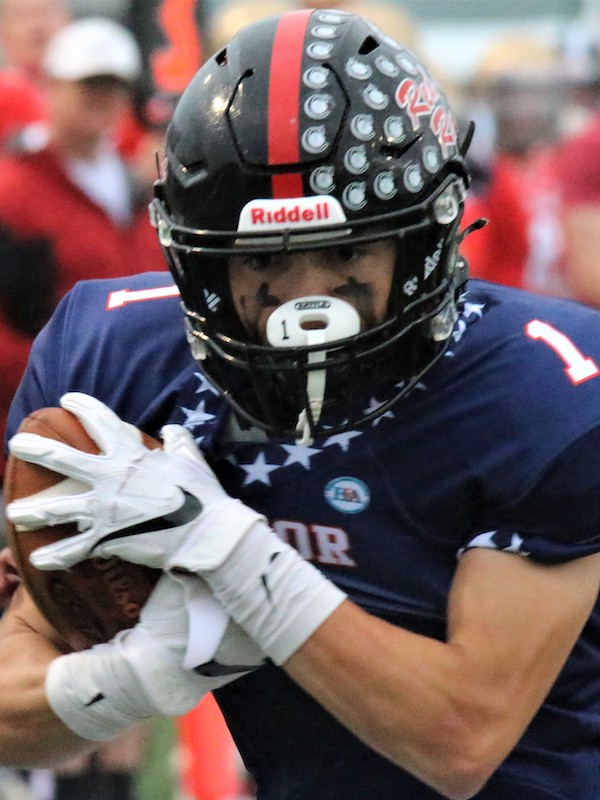 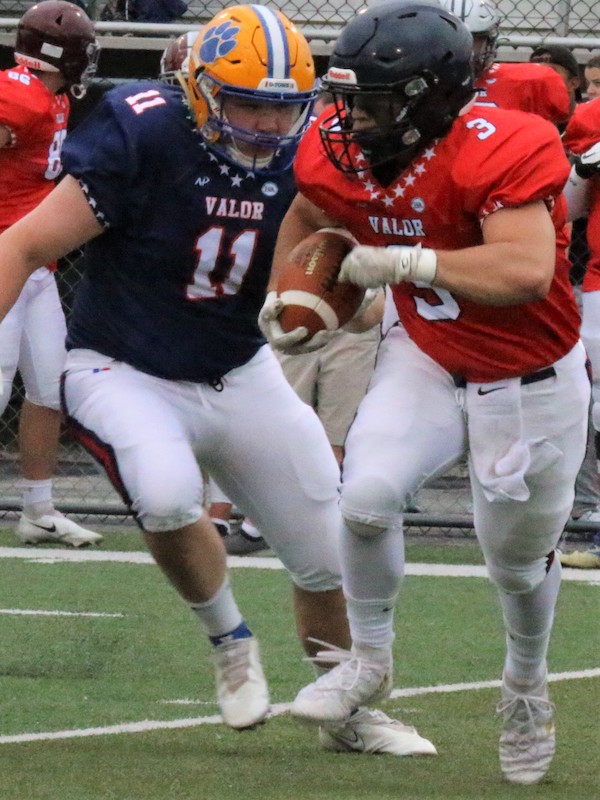 Despite the miserable conditions, there was no way Cooper Jordan was going to be miserable. The 5-foot-11 Bishop Shanahan senior quarterback was holding a piece of history in his hands Thursday night as the first recipient of the James G. “Chunky” Klunk MVP award at the Valor Bowl,

The game was played at Downingtown’s Kottmeyer Stadium under a steady rain. The slick field did not seem to slow down Cooper, who is bound for West Chester.

“I really bonded with these guys and we only had three practices and it just shows me you can accomplish things,” Jordan said. “This is it. This was my last high school football game and I have to take it all in. I’m blessed to have this experience with these guys.”

The game also held special meaning to Coatesville’s Tommy Ortega. It marked the last game he was coached by his father, Ricky Ortega. Tommy has one more football to play, the East-West All-Star game on Sunday, and then it’s off to play Division I lacrosse at Lindenwood University in Missouri.

“Football is a part of me, but I’ve played both lacrosse and football since I was young,” Tommy said. “I played both sports throughout my life, and I just felt I had a better option with lacrosse. It is definitely a little tough (playing football for the last time). But I had to make a choice.

“This was the last game with my father, and it was definitely a great experience being coached by him.”

Ortega made a stunning one-handed catch stretching across the middle of the end zone to close out the scoring and give Team Allison a commanding 26-7 lead with 4:10 left to play.

“Being out here was great, and being with guys and being able to practice on our home field,” said Lariviere, who will be going to Denison University to continue playing football. “This was a great experience and I’ll always remember having one last go with coach Sonny DeMartini.”

Team Allison led throughout. Cooper scored on a 24-yard capping the first possession of the game, and he teamed with Tommy Ortega to put Team Allison up, 13-0, with 4:28 left in the half.

Team Carroll’s only score came in response to the first Cooper-Ortega TD connection when Talone hit West Chester Rustin’s Mike Lightbill with an 18-yard scoring pass with :17 left in the half.

Team Allison built on its lead with a two-yard plunge from Downingtown West’s Will Mahmud and Jordan and Ortega closed the scoring with their fourth-quarter touchdown connection.