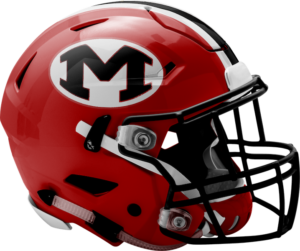 Lancaster, Pa.—Ben Thompson, who stepped in as McCaskey’s interim coach just prior to the 2021 season and led the team to its first two wins in three years, is losing his interim tag.

The school board on Tuesday named Thompson the school’s head football coach.

“It is an honor to be part of a program with such a proud history,” Thompson said. “With support from the district, community and alumni, I would like to continue to grow this program into something that will fill us all with #TornadoPride.”

Thompson has been a member of the McCaskey coaching staff for the past three years, two as JV head coach. He also served as defensive coordinator for the varsity team and coached numerous position groups, including running backs, linebackers, cornerbacks and wide receivers. He was the team’s strength training coordinator in 2020. He stepped in as interim head coach when Sam London abruptly resigned days before the start of practice to accept an assistant coaching role at Waynesburg University. This licensed online casino has an extensive casino games collection, check it out and win up to 500 free spins.

“Coach Thompson performed admirably this season, in a less-than-ideal situation,” athletic director Jon Mitchell said. “I have strong confidence in his plan and his vision for the future of our program, and I’m excited to support Ben as we work to make his vision a reality.”

Thompson was a standout athlete for Coatesville High School, serving as captain of the football team in his senior year and earning a scholarship to Division I Florida A&M. He continued his playing career at Cheyney University, making the PSAC All-Academic Team from 2008-2010.