Another Philly running back heading to Georgia 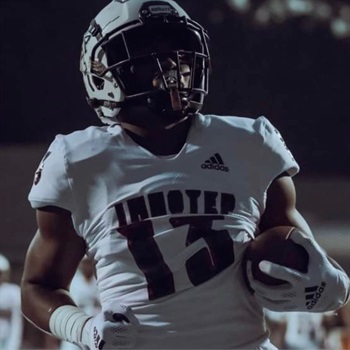 It was not too long ago that De’Andre Swift from St. Joseph’s Prep announced he was playing for the University of Georgia. Swift now plays for the Detroit Lions.

Yesterday on Twitter, another Philly kid committed to Georgia. Imhotep Charter’s Jabree Wallace-Coleman announced he is heading to Georgia to play for the Bulldogs.

“Jabree is a wonderful young man. Super respectful, well-mannered, and humble! Comes from a great home with a great support system, ” said Head Coach Devon Johnson. “On the field, he is a complete back who can run the ball, catch the ball out of the backfield and pass block! Still hasn’t even scratched the surface of his full potential! Jabree was adamant about committing to Georgia. Even though he is still early in his career/recruitment, he went on an unofficial visit to the school, loved it, and felt there was no need to prolong the process.”

Back in January, Running Back coach Dell McGee offered the rising junior a scholarship. Wallace-Coleman has offers from Rutgers, Nebraska, Penn State, Tennessee, and Texas A&M, among others.

Coleman has the size, power, and speed and will only get bigger, stronger, and faster. Last season, as a freshman he rushed for 380 yards on 37 carries and five touchdowns.

“His running back Coach, Michael Gandy, and the entire Imhotep coaching staff are proud of Jabree and support his decision 1000%.”

You can check out his highlights below.