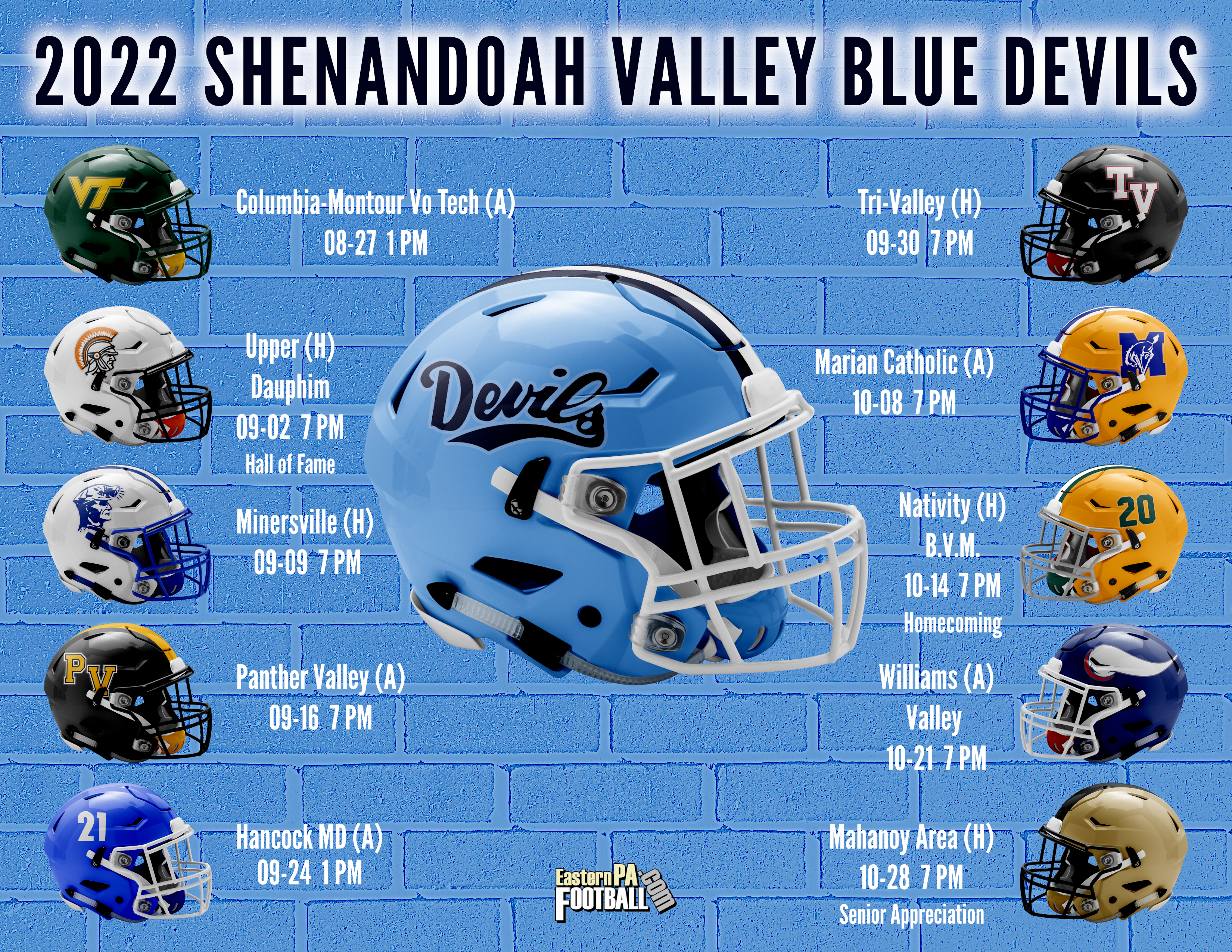 Offense: “The 2022 Blue Devils will feature a lot of familiar faces, but with several players taking on new roles. The Devils will be challenged to replace the duo of QB Owen Kosar and Joe Vevasis. Kosar led the Devils’ offense for the last two seasons and threw for 1,441 yards and 12 touchdowns last season. Vevasis led all of District XI last season in receptions and set a school record with 66 receptions last season. Vevasis also led the team with 7 touchdowns, as Kosar’s favorite target.”

“Taking over for Kosar, will be former running back Ben Dempster, who the Devils believe will bring a new component to the offense with his athleticism and running ability. When Dempster drops back to pass, he will have one of the area’s top receivers to throw to in Jr. Nick Ryan. Ryan was a dynamic playmaker in 2021, averaging 17.0 yards per catch and providing the Devils with a deep threat. A mismatch for anyone that lines up against him, Ryan will be expected to be the Devils’ big-play threat, and lead the Devils’ offense. Joining Ryan in the receiving core will be Sr. Erick Hernandez who will be returning to his role from the 2020 season, and athlete So. Jeremy Thomas, who the Devils expect to be a major contributor with his strength and athletic ability.”

“Up-front the Devils have improved over the last two seasons, and return four experienced linemen to anchor the offense. The Devils will depend heavily on the returning Jr. Center Mike Diehl, Sr. Guard Lucas Zelinsky, and Jr. G Kelvyn Cordero, who received the team’s best lineman award in 2021. The Devils will depend heavily on Sr. Hunter Teter to provide speed and power from the running back position. The Devils feel that Teter, a 3-year starter at running back, can be one of the league’s best backs if they can provide him with the running room.”

Defense: “The Devils will return several key players from an improved defensive squad in 2021. Taking over for former Defensive Coordinator Dave Shiffer, who left to become Pine Grove Area’s Head Coach, will be new Defensive Coordinator Zach Bitting. Bitting has coached multiple positions for the Devils, has a great rapport with his players, and will bring a new level of intensity to the defensive side of the ball. The biggest challenge for the Devils and Bitting will be replacing All-State Defensive Back Joe Vevasis, who led the team with an astounding 150 tackles last season.”

“In the secondary, the Devils will be led by Jr.’s Ben Dempster and Nick Ryan. Dempster will move outside to the corner, while Ryan will drop back to the safety position. Ryan who posted 62 tackles last season, is the Devils’ best returning tackler and is expected to fill the role vacated by Vevasis.”

Special Team: “The Devils return 3-year Senior Long Snapper Lucas Zelinsky and emerging Punter Ben Dempster. Dempster improved as the Devil’s Punter last season and looks to be one of the league’s top punters this season. The Devils will need to find a kicker this season after the departure of Owen Kosar, who kicked for the last two seasons”