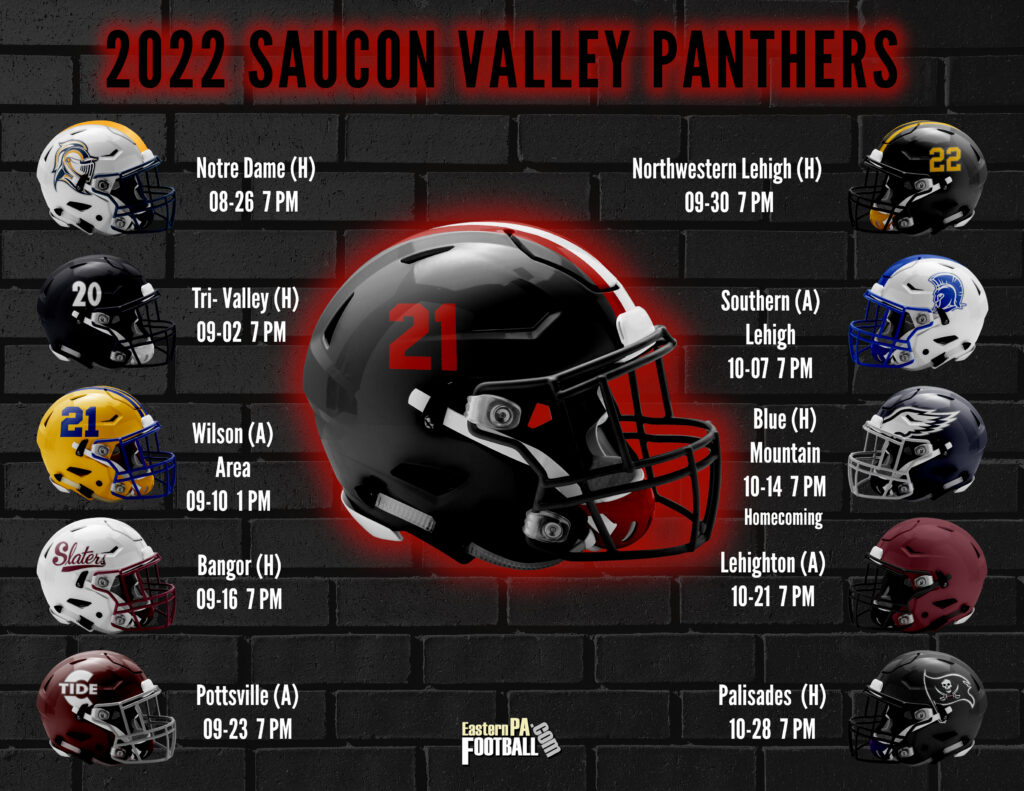 Note: “The Panthers will look to replace quite a bit of offensive punch with the departure of Mahaffey (QB), Csencsits (WR), and Garcia (RB). (Career stats for each here.) Mahaffey will continue his academic and football career at Muhlenberg College while Csencsits takes his ball skills and brains to Worchester Polytechnical Institute.”

Note: “Riefenstahl stepped in at QB to lead the Panthers to a 2-2 record last year after Mahaffey went down with a season-ending injury during Week 8. He will be joined by a stable of hard-nosed running backs in Pfizenmayer, Beckowski, Rohn, and Torres. Magnotta at 6’4” 200lbs. is a big target while Robertson is a solid playmaker as a receiver. Braden Weiss, Andrew Gilbert, and Mickey Wakely will be reliable targets as well. Newcomer Ray Santiago has a chance to emerge as a playmaker on the edge.”

Note: “Pfizenmayer returns for his 4th season as a starting linebacker in the middle. If not for the shortened covid season he would have a shot at 400 career tackles. The Panthers get more athletic defensively with Magnotta and Rohn moving to an OLB/DE role. Gustavo Cepin and Eli Torres have been very disruptive on the interior of the defensive line during camp. Beckowski, who had a very strong finish to his 2021 season, will be counted on to be a force defensively. The secondary should be an area of strength with Santiago, Weiss, and Gilbert battling for the corner spots and Riefenstahl and Robertson anchoring the defense at the safety spots.”

2022 Coaches comment: “The biggest thing for me is us learning to come together and play as a team and be great teammates. Through the course of a season, you face a lot of adversity and bumps in the road, if we can learn to stick together during those times we can have a lot of success. The first is always stronger than the individual fingers.”