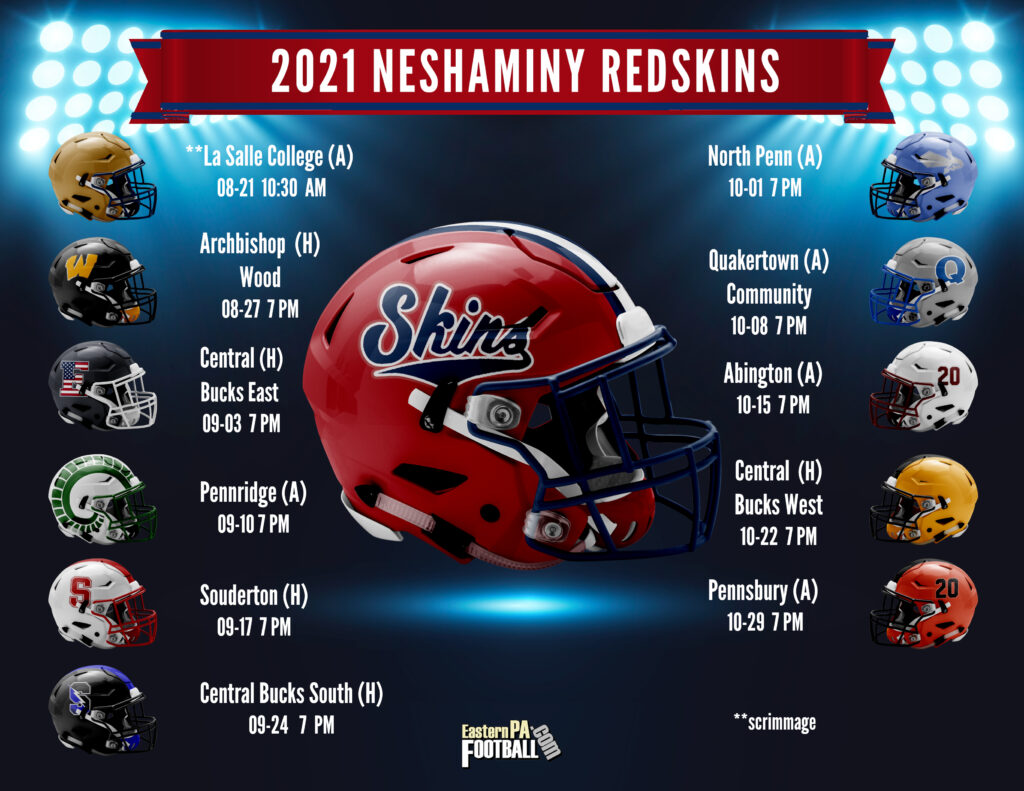 Key Stats: In his 2 starts last season at QB, Zydzik three for 3 touchdowns and averaged 60 yards rushing per game.  The last two seasons

2021 Outlook: Neshaminy will have a mix of older established players with new and upcoming players.  How the season will go depends on how fast the newer players mature into their roles.

Offense:  Nunzio Zydzik will lead our offense with both his arm and legs.  His targets throwing the ball include Dylan Bove, Colin Shuckert-Tohm, and Gavin O’Connor, all of who bring experience from last season.  The depth at FB and TE is a strength of our team, led by juniors Jeremy Sharpe, Nick Buchys, and Joey Zack.  Sean O’Hara is the only returner on the offensive line.

Defense: The secondary brings back two very good players at cornerback in Gavin O’Connor and Dayvon Tinsley.  The Linebacking core lacks experience, but we feel good about their potential.  It will be led by 3rd-year starter Greg Orleski and Juniors Jeremy Sharpe and Jaydon Wilson.  The defensive line will be anchored by Junior Jack Dunkley, and he will be joined by fellow juniors Nick Buchys and Joey Zack at defensive ends.

Special Team:  Senior Sean O’Hara will be back for his 4th year of snapping duty.  Senior Brett Conrad has a very strong leg and will take over the kicking duties.  The punting job is still up for grabs.