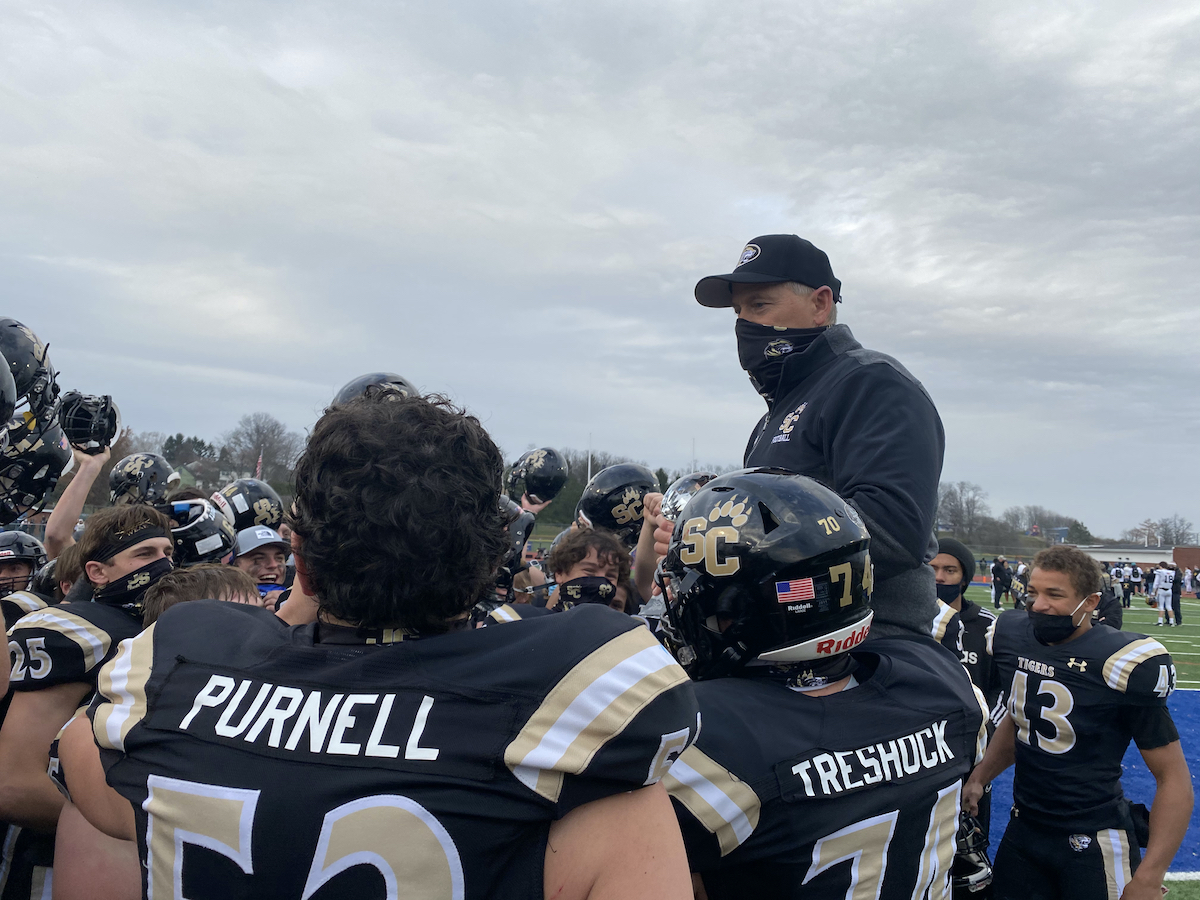 SELINSGROVE – Southern Columbia’s Gavin Garcia rushed for 206 yards on 12 carries to lead the Tigers to a 42-14 win over Bishop McDevitt in the District 12 PIAA Class 2A semifinals Saturday afternoon at Harold L. Bolig Stadium.

With the win, Southern Columbia (11-0) advances to their sixth straight state championship and 19th overall. They face Wilmington out of District 10 next Saturday at HersheyPark Stadium.

Another milestone for Southern Columbia, Head Football Coach Jim Roth tied the late George Curry for most career wins in Pennsylvania with his 455th win.

It’s not too often Southern Columbia trails in a game.

The Tigers trailed 6-0 when Bishop McDevitt’s Nick Santo hit Emmanuel Sia over the middle for a 13-yard touchdown pass. A few plays earlier, Isaac Khyrie caught a deflected pass off a Tiger player for a 28-yard completion.

It didn’t take long for Southern to answer back. Garcia cut up the middle and sprinted in untouched to give the Tigers a 7-6 lead with 5:47 left in the first quarter. Braeden Wisloski added a two-yard touchdown run. After one quarter, Southern led 14-6.

Garcia got his second touchdown of the first half. This time breaking several tackles before breaking free for a 52-yard run. At halftime, the Tigers led 21-6. Garcia had 147 yards rushing the first half.

Southern Columbia came out of halftime and dominated the third quarter. Garcia had runs of 34 and four. Sandwiched in between Gavin’s touchdown runs was Liam Klebon’s 53-yard touchdown pass to Wisloski. Tigers led 42-6 after three quarters.

If 2020 couldn’t get any worse, earlier in the week the Philadelphia Archdiocese announced that McDevitt school will be closing at the end of the school year.

Maybe the last touchdown in Lancer history was scored by Keon Kenner who went in from six yards out with 2:43 left in the game.