WARMINSTER – Yesterday, Athletic Director Brian Haas announced the hiring of Matt Walp as their next Head Football Coach. He has been an assistant coach at Wood since 2014 under previous Head Coach Steve Devlin and Kyle Adkins.

The Vikings are coming off a State Championship in 2019 defeating Cheltenham in the PIAA Class 5A finals at Hersheypark Stadium.

This fall, under the PIAA success formula, Archbishop Wood will move up to Class 6A.

We sat down and talked to Matt about his path to Archbishop Wood, winning a state title in 2019 season and about the incoming season. 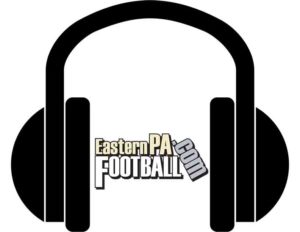